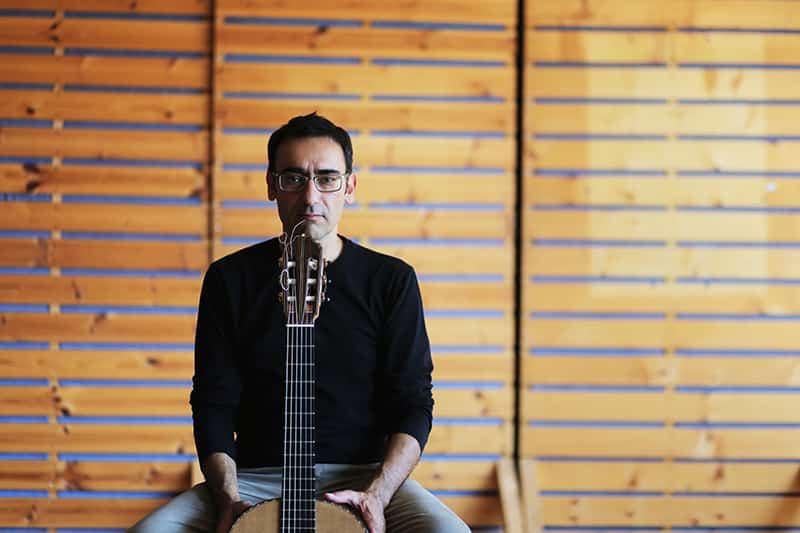 Since the beginning of the year, the Pharos Arts Foundation has been embellishing the capital’s music scene with live performances, ranging from piano recitals to concerts of Indian classical music.

Continuing the events calendar on February 27, the foundation will bring distinguished Greek guitarist Kostas Makrygiannakis for a concert.

This time it joins forces with Louvana Records to bring the launch concert and live preview of the guitarist’s debut album, Fragments. The album includes an assortment of concise and more extended pieces performed on a classical guitar, which are divided into three sections.

These are original compositions by Makrygiannakis, as well as transcriptions of pieces by French Baroque composer François Couperin, which constitute a soundscape, an aural mosaic of narrative nature with direct references to other genres of music but also to choreographies which Makrygiannakis provided the music for.

Through Fragments, the listener can wander in familiar soundworlds and experience works that hint at French Baroque but also to Pink Floyd and Billy Joel, works sinking into the rhythmic intensity of the African-American tradition, and works conceptually conversing with the dancers as part of a performance show.

Having studied at the Contemporary Conservatory of Thessaloniki and Trinity College of Music in London, Makrygiannakis has a diverse range of interests which include chamber music, contemporary music for guitar, historically based performance of period music and also conceptual music, composition, even pop music.

For over 20 years, he has appeared at important venues and festivals in Greece and abroad, including Athens and Epidaurus Festival, Οnassis Cultural Centre Athens, Athens Megaron, Bolivar Hall in London and Carlsberg Glyptotek in Copenhagen. He has composed music for publications of children’s stories, puppet theatre and dance productions, and has recorded for EBU, BBC and ERT, among others.

In addition to performing, Makrygiannakis has contributed greatly to the music scene. He conceived and organised the Guitar Plus Festival, the only Greek festival that is entirely focused on chamber music for guitar from the Renaissance until the present day. He is also a founding member and Artistic Director of the Music Village International Arts Community (www.music-village.gr), which is considered one of the most important cultural initiatives in Europe, dedicated to bringing together artists from all over the world in the context of performing, education and cultural cross-breeding.

Hungary, Sweden snipe at each other over birth plan