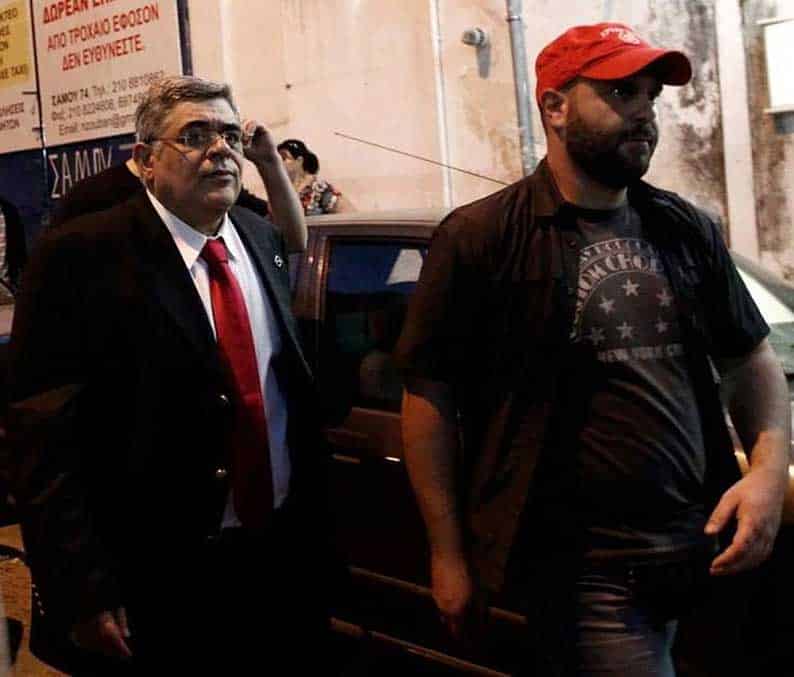 Far right party Elam on Monday sought to refute reports that three senior members, including its chairman, had not served in the army, but essentially failed to address the substance of the claims, which suggested they had been let off on dubious health reasons.

In the past few days, reports in the media, and political parties hoping to capitalise accused Elam, which promotes itself as the only patriotic party, for hypocrisy over the fact that its chairman and two leading members had not served in the National Guard despite being seemingly fit.

Elam, which has in the past admitted being Greece’s neo-Nazi party Golden Dawn’s branch in Cyprus, rejected the claims as efforts to hurt the its “political credibility” ahead of the European Parliament elections.

“The panic is obviously turning into unrestrained cannibalism,” Elam said in a written statement. “In their effort to stop the rise of the popular nationalist movement, as a last resort, they are even exploiting serious health problems, which they are also twisting, thinking they will hurt us.”

“The cases they refer to are fully justified and were not personal choices, but decisions by the National Guard’s medical board,” the party said.

It said there were no draft dodgers in its midst.

For anyone who goes into politics with Elam, “fulfilling their military service is an obligation and it is non-negotiable.”

Daily Politis reported on Sunday that Elam chairman Christos Christou had not served in the army because of eye problems.

However, the newspaper said, after being let off, Christou went to Greece to study and also joined the Golden Dawn.

He was even appointed bodyguard for Golden Dawn’s leader Nicos Michaloliakos, the paper said.

Then there was Yiorgos Hadjioannou, a municipal councillor in Strovolos and the party’s district leader for Nicosia.

Hadjioannou also failed to serve for unspecified health reasons. He did, however, go on to become a martial arts master.

The third member who was discharged for health reasons is party spokesman and candidate in the European elections Geadis Geadi.

His name had come up in the past forcing him to issue a statement saying he had sustained a serious injury to the head “while serving with the 70th Engineers Battalion” without providing further details.

It emerged later, however, that Geadi had suffered the injury in clashes between rival football fans, which should have also been a reason for him to be court-martialed.

Geadi has appeared in a photo giving the Nazi salute next to the brother of Golden Dawn spokesman Elias Kasidiaris.

Kasidiaris, Michaloliakos, and several other Golden Dawn MPs and members are currently on trial on charges including forming a criminal organization and the murder of an anti-fascist rapper Pavlos Fyssas; an assassination attempt on Abuzid Embarac, an Egyptian worker; and assassination attempts on members of the Greek Communist Party.

Harp through the centuries