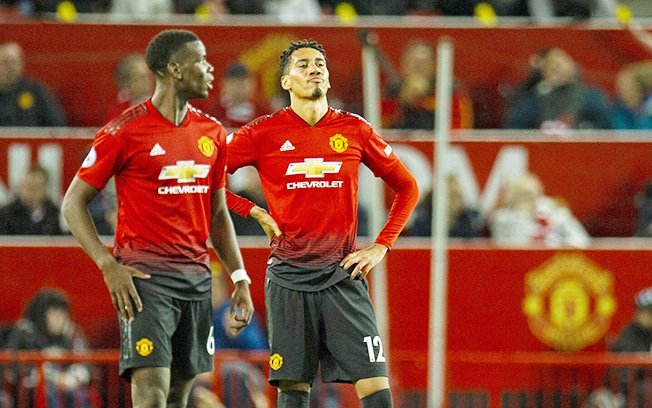 Manchester United have had a terrible season

Arsenal face a similar fate if they fail to qualify for Europe’s premier club competition for a third straight season but they at least still have a chance of doing so via the Europa League, as they take a 3-1 lead into the second leg of the semi-final in Valencia on Thursday.

Domestically, however, Arsenal and United are only fighting each other to avoid finishing sixth, a placing that could mean they have to ditch late-July plans for lucrative friendlies and play in the Europa League’s second qualifying round instead.

That, however, is only a small part of the financial penalty they face for such lacklustre Premier League campaigns.

Dr Dan Plumley is a senior lecturer in sports business management at Sheffield Hallam University and he believes missing out on Champions League football will hurt both clubs in several ways.

“It’s a ballpark figure because of the way UEFA distributes the money and that system is changing next season,” said Plumley.

“But there is nothing to suggest the market pool for English clubs will deviate that much so we can be reasonably sure that failure to qualify will cost them in the region of £50 million of broadcast and prize money.”

Another risk for United is a potential 30 per cent reduction in income from their kit deal with Adidas, as the sportswear company is entitled to a discount if the Red Devils miss out on Champions League football for two consecutive seasons.

That would cost them an additional £25 million in lost revenue and while it is not an immediate threat it should be noted that United have now finished outside the top four in three of the last six seasons and have another Thursday/Sunday campaign ahead of them.

Dr Stefan Szymanski, a professor of sport management at the University of Michigan and co-author of the hugely influential book Soccernomics, agrees with Plumley’s estimate of the price of failure.

“That’s £35-70 million and Arsenal made £419 million that year without Champions League football, so you can see that it would have been worth an extra 10 per cent on revenues.”

Arsenal’s financial performance in 2017/18 was also boosted by two factors that do not apply this season: the first was they made a big profit on player trading and the second was that they took the lion’s share of the English market pool for the Europa League as Everton went out early and the Gunners reached the semi-finals.

The club have signed new deals with kit-supplier Adidas and main sponsor Emirates which should add £55 million to annual turnover but these do not kick in until 2019/20 and it is not known if they are subject to the same penalty clauses as the one Adidas agreed with United.

As a result, the usually reliable Arsenal Supporters Trust has predicted the club will post a total loss of £60 million this season.

In a withering assessment of the club’s finances sent to its membership in January, the trust noted that ex-chief executive Ivan Gazidis once spoke about Arsenal becoming as financially strong as Bayern Munich.

The two clubs have grown apart since then, though, and the AST report lamented that the most recent Deloitte Money League had Arsenal “on the verge of dropping out of Europe’s top 10 clubs and falling behind all our main English rivals, including Spurs”.

With Champions League-related income set to increase next season, the report said “we expect to see Tottenham overtake Arsenal – that is frankly shocking”.

There is, however, another major headache for both Arsenal and United to consider as they plan for life on the wrong side of European football’s velvet rope.

“The biggest clubs and best talent want to perform at the highest level,” said Dr Dan Parnell, a senior lecturer in sports business at the University of Liverpool.

“Both clubs aspire to return to their normal and expected operations, which typically included strategic, long-term decision-making within their recruitment departments.

“But failure to offer Champions League football to prospective playing talent, will hinder the role of the future director of football who will no doubt be tasked with leading each club back into the echelons of European football.”