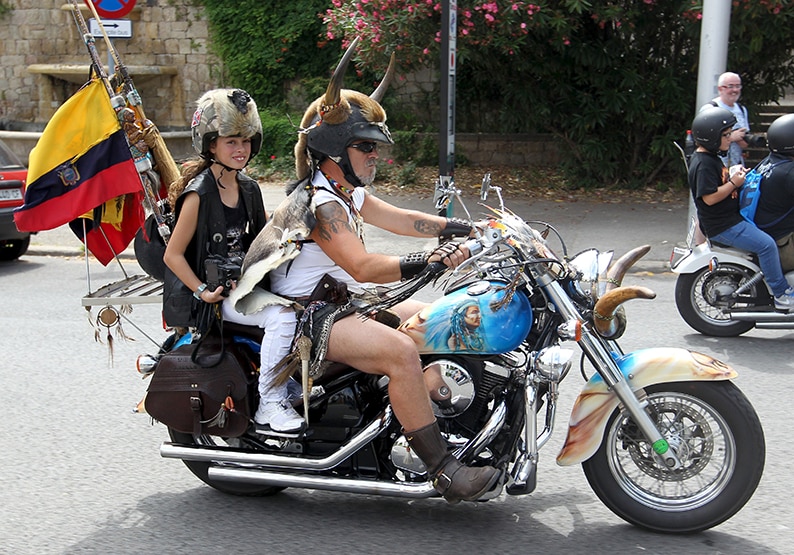 The innovation game is not played on a level playing field. Start-ups – companies under five years old owned by one or a small number of entrepreneurs and venture capitalists – will innovate quite differently from established companies, which have a history of successful growth and a market share to defend. Recent start-ups that have grown up, such as Facebook, Google and Netflix are hybrid cases, still youthful and on the warpath for new products and markets, and also with huge existing businesses to consolidate. Here are some of the differences between newly beginning and existing companies.

The start-up thrives on it. Challenging the status quo is its bread and butter. Doing creative new things is the premise of its survival. Established companies love the industry status quo. Only occasionally will one of them become a disruptor.

Start-ups have a tough time convincing partners, venture-capitalists and bankers to invest in their businesses whose success is hard for anyone to imagine early on. Established companies have a cash flow from their current business, assets or goodwill to mortgage, a proven record with banks. Raising money is easier for them.

Start-ups are more agile because fewer people decide. Established players have structures – hierarchies, committees, processes and procedures – that make decision-taking much slower. Resolving differences between shareholders and executives or between Department A and Department B are not always easy matters.

Start-ups have mindsets that focus on launching a new business and scaling it up. Established companies have a business to run as well as innovation to deliver. The mindset of competition and customer satisfaction in known areas is different from that of creating new business models. Sometimes loss of focus is the price they pay.

Entrepreneurs know that a significant majority of start-ups fail within three years. To survive they must put together a high quality team, create new operations and marketing paradigms and all these are expensive ventures. On the other hand, established companies have to penetrate silos and fortresses to get people to work on innovation-generated change. When they do set their minds on transformation however, they can be formidable players with powerful teams of people used to working with one another.

Tart-up strategies assert that a fix is definitely in order but it doesn’t have to be a big change. In business jargon this is called continuous improvement or “kaizen”. It is based on the conviction that “what we have is good, it needs upgrading or a little tweaking”. Continuous improvement is about small value-adding changes, lots of them, coming from all people, systematically. The focus is on quality, excellence, exceptional client care.

At their best such strategies will stretch innovation a little further into significant differentiation, changes in some parts of the value chain. They might even take the form of “blue ocean” strategies, where companies define a territory which they indisputably dominate and which is very hard for competitors to copy. Think Harley Davison and Ikea.

Tarting up is reasonably easy to achieve by convincing and cajoling people and creating minimum discomfort. Doing a lot of little things better can bring significant value but it does have its limits. For example, no amount of continuous improvement to the postal service can lead to the discovery of email.

Start-up strategies call for an established company to behave much more radically, privileging a zero-based new start rather than continuous improvement. They can achieve this in different ways and to different degrees.

They can innovate through acquisition – witness the purchase of Deep Mind by Google and the purchase of Instagram by Facebook and the many purchases of fintech start-ups by banks and other financial institutions. Acquisitions will always carry more risk than organic growth because merging cultures is never easy.

A different variation is a “skunkworks” model, as they create a team or division dedicated solely to delivering a specific innovation target. The skunk team works in almost complete separation from the main business and is not subject to its procedures and working norms. This is how IBM reputedly entered the desktop computer business in the 1980s, when they had to deal not only with the advent of Apple but also to considerable internal opposition to smaller systems from their own people who were immersed in mainframes. Skunkworks can at some point become completely independent companies.

Established companies can also opt for start-up innovation through organic growth, exploiting synergies with their existing businesses and client bases. They must be committed to developing entirely new skills and creating entrepreneurial mindsets among their people and avoid increasing complexity. And they must be ready to challenge and even abandon what they are already doing.

Amazon is a good case in point. The company became the world’s leading bookseller, marketing, packaging and distributing more books in print than any organisation ever before. When it launched Kindle it necessarily cannibalised its own printed book sales, but it ended up dominating the highly lucrative and fast-growing market for electronic books. More recently, and very interestingly, despite having pioneered online shopping, Amazon’s start-ups in retail sales in the US have been profitable as well.

Without doubt start-up is riskier than tart-up. It is also more likely to yield higher rewards. Both are better than remaining static. In any case, whether to innovate or not and the type and style of innovation are strategic decisions which must be taken at the highest level.

Dimis Michaelides is a keynote speaker and author on innovation, creativity and leadership. He also offers workshops and change management consulting for private businesses, NGOs and public organisations. His book “The Art of Innovation – Integrating Creativity in Organisations” has been hailed as a “Bible for 21st Century CEOs” [email protected] www.dimis.org

Why I can no longer attend the Queen’s birthday party