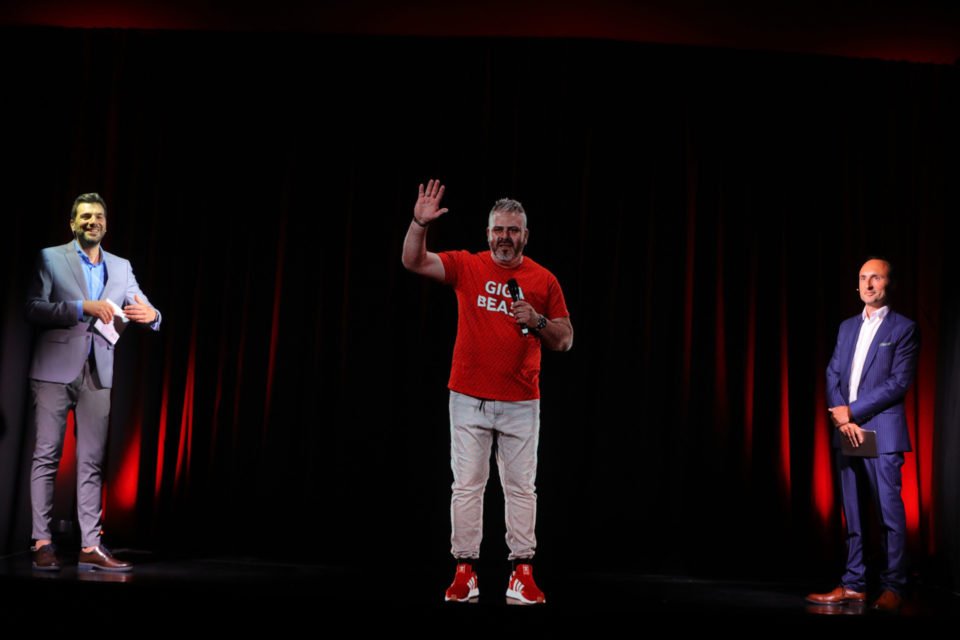 Cyprus’ first augmented reality call offered viewers on Thursday night performances via hologram through the use of the pilot 5G network of telecommunications organisation, Cyta.

“Imagine a world from the future. A world we have seen only at the cinema. Where what is feasible has no limits. Where holograms become an extension of ourselves, and participate in conversations, entertain us, travel and communicate,” an announcement by Cyta boasted on Friday.

5G networks are the next generation of mobile internet connectivity, offering faster speeds and more reliable connections on smartphones and other devices than ever before.

“Cyta is the first telecommunications organisation in Cyprus to bring to the island the age of ‘experiential communication’: communication which we can experience with all of our senses,” Cyta president Rena Rouvitha Panou told guests at the event held at the Cyta central offices in Nicosia on Thursday night.

Panou added that the 5G network can achieve smart solutions which change the conditions of several aspects of our daily lives while offering the chance of a significantly improved quality of life.

If the 5G network is approved by the department of electronic communications by the end of this year, Cyta has announced that it will be ready to launch the service to consumers within the first half of 2020.

“The authorities can check, monitor, but also prevent life-threatening incidents in real time,” he said. In terms of health, “data can be exchanged directly, allowing the monitoring of patient’s health and even surgery to be conducted from a distance.”

Augmented reality through 5G networks is also bound to change how we daily experience the world. “Digital artificial 3D objects can be integrated into existing reality in real time, allowing a live interaction with the user,” he said.

During the event, participants had the opportunity to experience Cyprus’ first on-stage live performance via a hologram of popular comedian Louis Patsalides and singer Marina Jungwirth, both of whom where in fact in another location.

“It was all very impressive, like something out of a sci-fi movie, but at the same time it was also a very real experience, as if both performers were actually really there,” a member of the audience told the Cyprus Mail.

“It will be impressive to see how 5G can be used; around eight uses were mentioned at the event but in fact we might end up with 108 as there is a never-ending scope of uses we have simply not thought about yet.”

Funnily enough, the audience member said that while the 5G hologram worked perfectly, there were some technical issues with the microphone, “signifying that old technology is now a thing of the past”.

The event followed Cyta’s recent announcement regarding the launching of its 5G pilot programme, which will initially be tested internally before it is made available on the market.

Cuban night at Chakra in Paphos