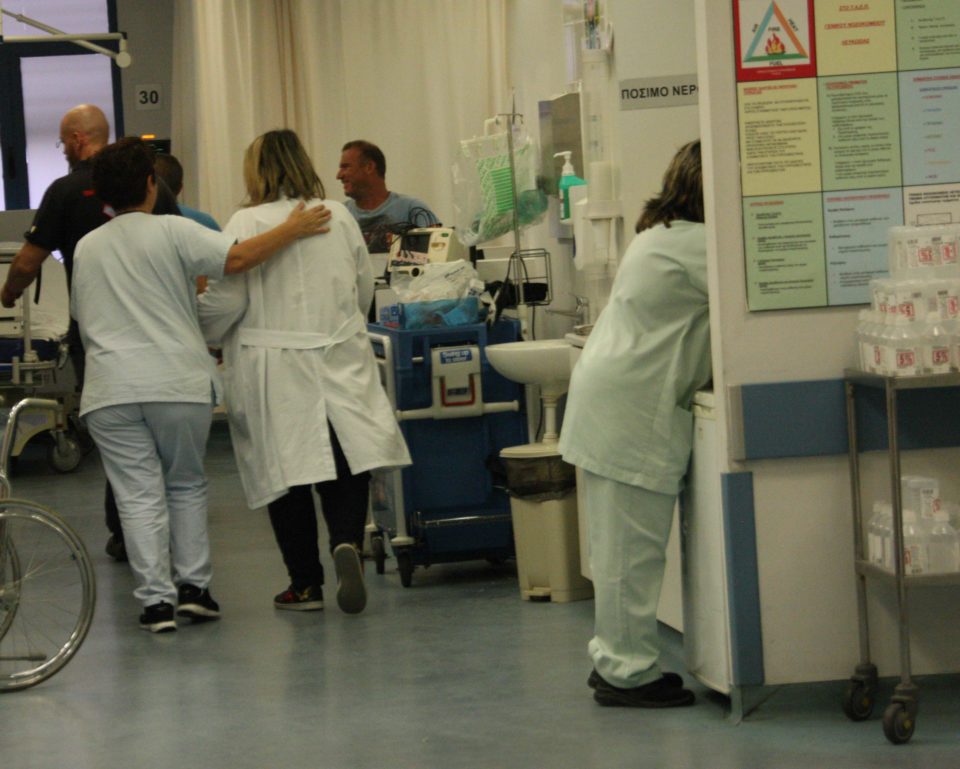 State doctors’ union Pasyki said it would decide on Monday whether to proceed with Tuesday’s planned 24-hour strike at accident and emergency departments (A&Es) over understaffing issues as the health ministry announced the departments would operate on a skeleton staff.

The announcement was made following a meeting on Saturday morning between Health Minister Constantinos Ioannou and state doctors’ unions Pasydy, Pasesi and Pasyki. Present at the meeting were also the heads of the A&Es and representatives of the state health services organisation Okypy, which is now in charge of state hospitals.

Ioannou announced the ministry has agreed to the proposal by the unions for the A&Es to operate on a skeleton staff until the sufficient number of doctors is found for the departments to be manned properly.

He also made a plea to members of the public to avoid unnecessary visits to A&E, which should be used only for a real emergency otherwise visits should be made to their family doctors (GPs) instead.

“People need to learn to use the services of their GPs and stop going to the A&E, which are there to deal with emergencies and not non-urgent cases as is currently the norm,” Ioannou said.

He said doctors working at the A&Es are also put under a lot of pressure by patients and that is not fair for them.

“They are humans too and, especially lately, due to understaffing, they are putting in a superhuman effort,” he said.

According to Ioannou, the understaffing problem is due to a lack of interest by doctors to cover vacant posts at the A&Es, and is exacerbated by time taken off for summer holidays.

“We will provide incentives to attract interest by public sector GPs who could, whenever they wish to, during their shift, deal with some cases to help decongest the A&Es,” the minister said.

At the same time, efforts continue to fill vacant posts through the purchase of services by doctors.

Ioannou said a committee is to be set up to record all problems faced by the A&Es and submit suggestions within two months. Unions too would submit their suggestions, he said.

“On the overall problem of shortage of doctors there will be efforts to attract doctors from Greece and other countries,” he said.

As regards the announced strike by Pasyki, the minister said that in the case the union decides to proceed, measures have been taken so that A&Es will be manned by skeleton staff able to handle emergency cases.

Pasyki head Soteris Koumas said that the introduction of GPs under Gesy has not fully solved the problem of unnecessary visits to the A&Es. Doctors at these departments see an increase in visits during the weekends when their GPs are not available.

“There is no on call system for GPs and this is something we must aim for,” Koumas said.

The heads of the Pasydy and Pasesi unions said they were satisfied by the decisions taken by the ministry.

Pasesi head Andreas Costis said however that all these problems could have been prevented if the ministry had heeded their warnings.

Koumas said last week they need at least 20 more doctors for the A&E departments. He had said 15 doctors left these departments, arguing that the Nicosia general hospital’s A&E is down to 11 doctors of the 19 it had, while in Limassol there are also 11 doctors after five walked out.

Turkey sets up institution to monitor activity in north