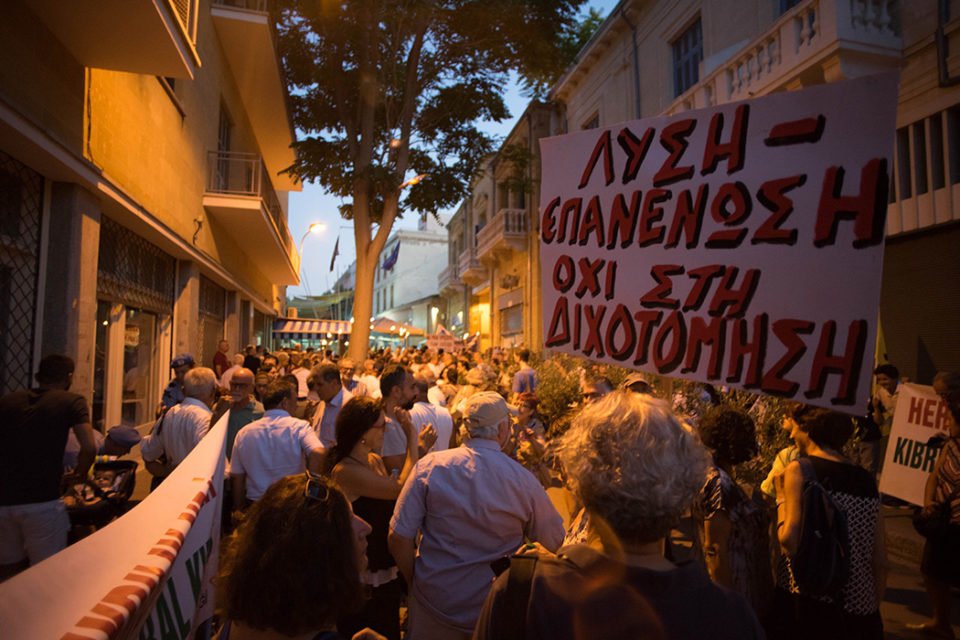 PEACE activists from both sides of the divide converged at the Ledra Street crossing in the buffer zone in Nicosia on Thursday evening, demanding a resumption of talks to reunify the island.

The event came hours before the leaders of the two communities – president Nicos Anastasiades and Turkish Cypriot leader Mustafa Akinci – were set to meet on Friday.

The march and demonstration were organised by the groups Bi-communal Initiative United Cyprus, and Famagusta Our Town.

In a statement, Greek and Turkish Cypriot activists demanded “an immediate return to the negotiating table for a strategic agreement on the six outstanding issues based on the Guterres Framework.”

They said “a clear response” needed to be sent to the United Nations Secretary General that his proposed framework should be the basis for negotiation without any preconditions.

The activists also called for a “clear commitment that all that has already been agreed up to Crans Montana shall be respected.”

They held up banners, one of which read: “Give us back our homeland or we will send you home!”

On Friday, the groups will be handing over a resolution of their own to the two leaders.