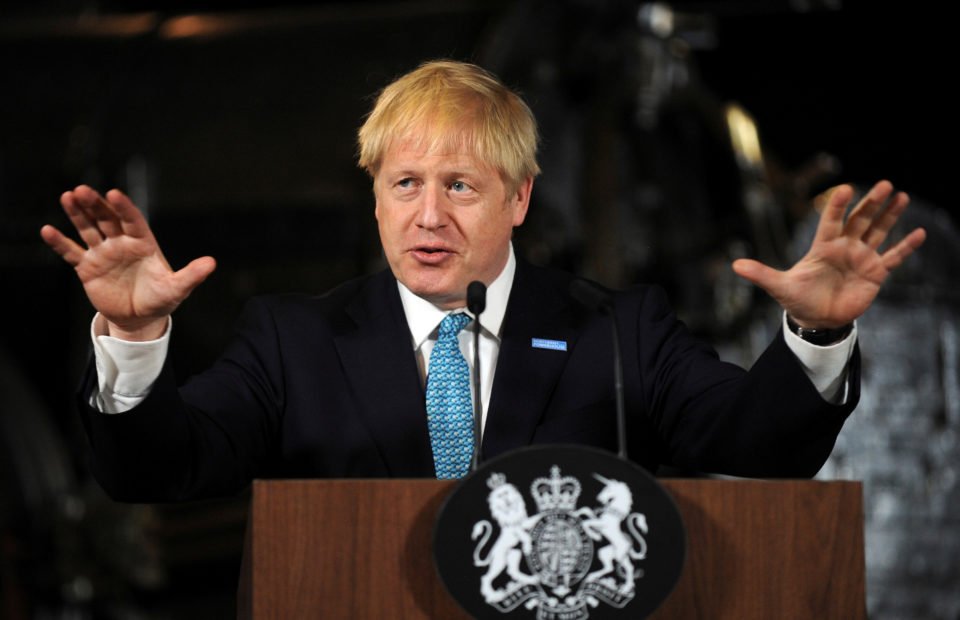 British Prime Minister Boris Johnson said on Sunday he would not resign to avoid having to delay Brexit beyond the end of October.

Johnson has vowed to take Britain out of the EU with or without a deal, despite parliament passing a law which would require him to ask for an extension to the Brexit deadline if lawmakers have not approved a deal. He has said he would rather be “dead in a ditch” that request a delay.

Asked in an interview with the BBC if he would resign so that he did not have to ask for a delay, Johnson said: “No, I have undertaken to lead the party and my country at a difficult time and I am going to continue to do that. I believe it is my responsibility to do that.”

The opposition Labour Party must make sure the risk of Britain leaving the European Union without a deal is averted before it considers any plan to topple Prime Minister Johnson, Labour’s education spokeswoman Angela Rayner said on Sunday.

Asked during an interview on BBC television if Labour was planning to call a no confidence vote in Johnson, Rayner said: “We want to make sure that we get no deal off the table before we do anything else.”

Akinci in constructive mood ahead of UNSG meeting