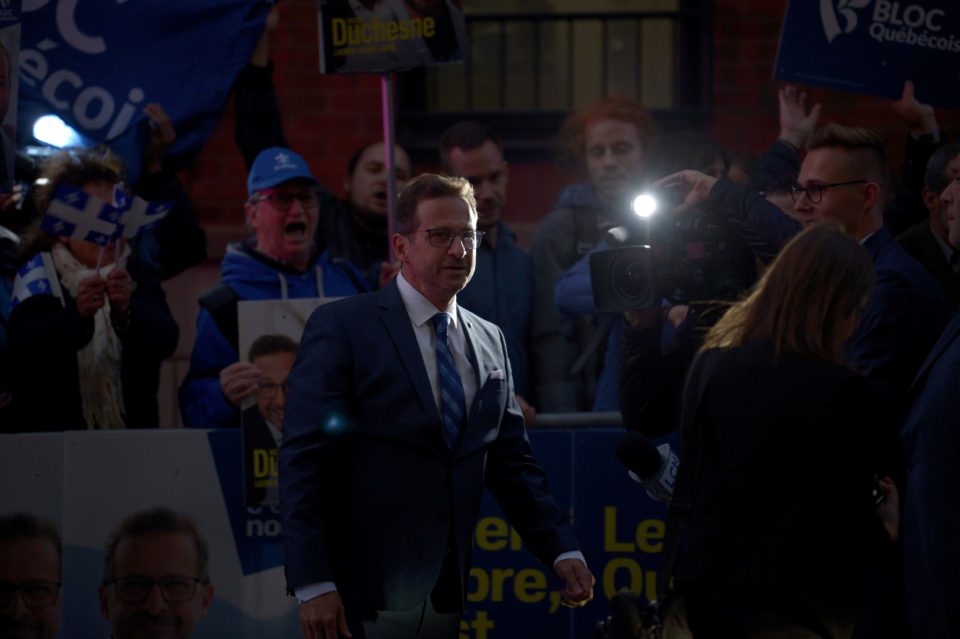 Canadian Prime Minister Justin Trudeau’s bid to win reelection next month appeared trickier than ever on Thursday after a campaign debate that was dominated by a powerful regional opponent.

The televised event, on Wednesday night, took place in the powerful and predominantly French-speaking province of Quebec, where Trudeau’s Liberals are looking to pick up seats on Oct 21 to offset expected losses elsewhere.

Pundits generally agreed the clear winner was Yves-Francois Blanchet, leader of the separatist Bloc Quebecois. Since taking charge earlier this year, the 54-year-old has worked to heal internal divisions, and the party is rising in the polls.

This could hurt the Liberals, who hold 40 of the province’s 78 seats. They are targeting another 10 amid the collapse of the minority New Democrats, a left-leaning opposition party that competes for the same segment of the electorate as Trudeau.

“It’s not an easy one to call but I think they do have reasons to be concerned because of the expectation they might gain a good number of seats,” he said in an interview.

Polls show Trudeau – trying to shake off the damage done by images showing him in blackface – could retain power but with only a minority of seats, leaving him dependent on opposition legislators to govern.

Working with the avowedly separatist Bloc poses a risk for federal parties committed to keeping Canada together.

“The Bloc have the clearest and most direct message in Quebec … they are the party to watch as a spoiler for the Liberals,” said Nanos Research Chairman Nik Nanos.

Blanchet said the Bloc would be happy to work with either a Liberal or Conservative minority government, studying every piece of draft legislation on a case-by-case basis.

Making life more complicated is the fact that the vote in some Quebec seats is split among the Liberals, the Bloc, the New Democrats and the official opposition Conservatives.

Ekos pollster Frank Graves said the “the Bloc could well win more seats” because of the debate, while noting the Liberals still had a commanding lead.

Asked about his declining popularity, Trudeau told reporters in Montreal on Thursday that any government “is going to go through experiences where people have disagreements with them.”

While Blanchet did well in Wednesday’s debate, commentators generally agreed Conservative leader Andrew Scheer, hampered by his patchy French, came off the worst.

“A tough evening for Scheer,” read a front page headline in the Journal de Montreal, the most widely read Quebec newspaper.

In one of the few memorable exchanges, Scheer said a vote for the Bloc would be useless because the party was doomed to always remain in opposition.

“If being the opposition is useless, then you have been useless for the last four years and might continue being like that on Oct 22,” Blanchet fired back.

Scheer told reporters on Thursday that he “disagreed entirely” with the suggestion he had lost, saying he clearly explained to Quebecers how he would help address complaints about the high cost of living.

Paphos can cater for 250,000 visitors this winter