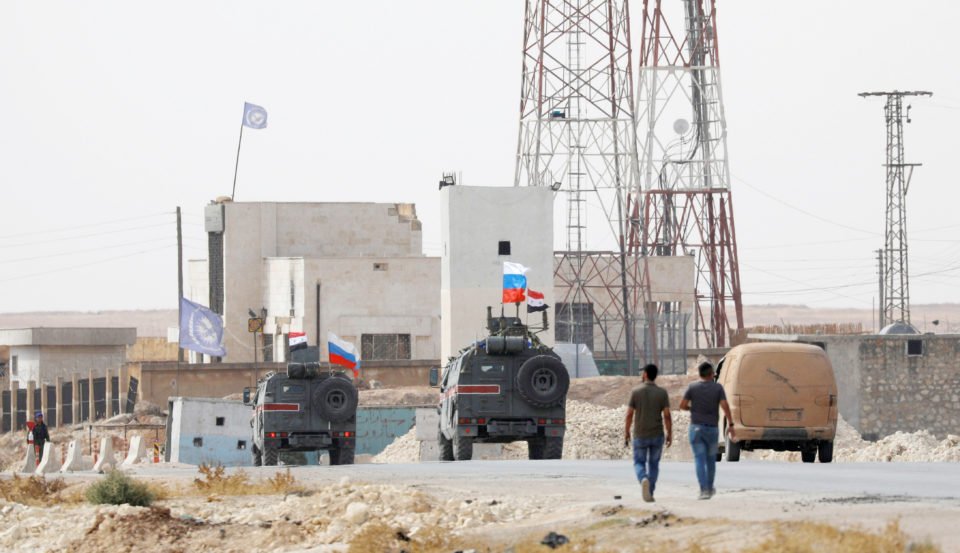 Russian forces have crossed the Euphrates River in northern Syria and reached the outskirts of the city of Kobani, pushing eastward with Kurdish-led Syrian Democratic Forces (SDF), the Syrian Observatory said on Wednesday.

The troop movement comes days after the SDF cut a deal with the Syrian government for army troops to deploy at the Turkey-Syria border following a Turkish invasion of northeast Syria last week.

“Russian forces reached an area outside of Kobani, about 4-5 kilometres outside the city, after crossing the Euphrates,” said Rami Abdulrahman, the director of the Syrian Observatory for Human Rights, a British-based war monitor.

Asked about the report, an SDF official said he had not yet received information about such a Russian advance.

The SDF military agreement with Damascus and its ally Moscow marks an abrupt shift in policy following the United States announcement that its forces would be withdrawing from northeast Syria, where it had allied with Kurdish-led SDF forces to oust Islamic State.

Restricting God from schools the root of our problems?