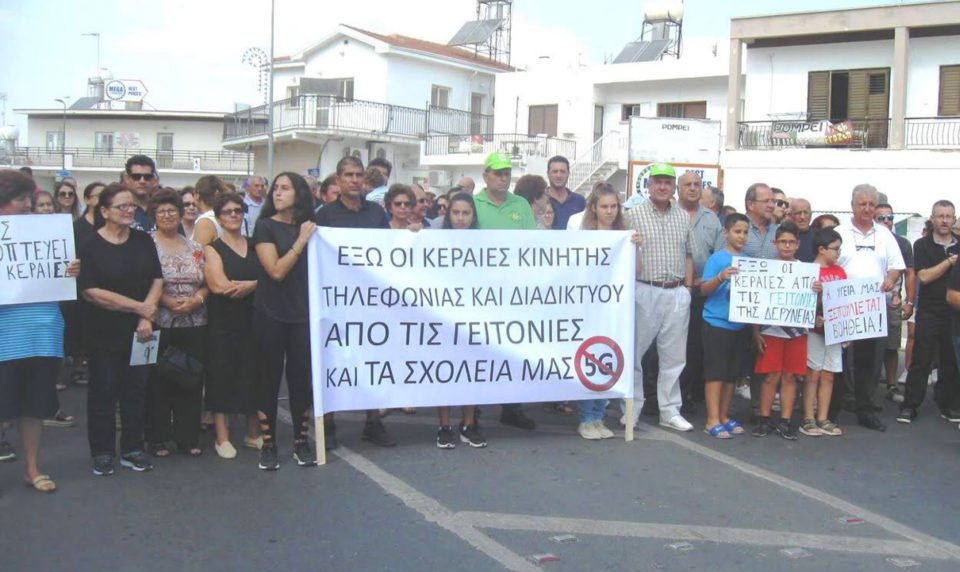 Public health must be the priority of the state, president of the Green Party George Perdikis said on Sunday as he took part in a demonstration in Dheryneia against the installation of 5G phone masts.

“It must stop the nonsense of mobile phone companies,” he said, “the interest of the telecommunications company must be put in second place, after public health”.He said four law proposals against mobile phone masts have been tabled at the House by the Green party but other parties refuse to vote on them.

The Green Party is calling for the reduction of the exposure limits of the public to mobile phone masts, TV and radio stations and radar.

According to documents submitted to the House by the party, there are 1,300 mobile phone masrs in Cyprus, half of which are not licenced.

The party charged telephone companies with filling towns and villages with masts without any concern for the people that live near them.

The dangers to public health of these masts were outlined at a meeting in Emba, Paphos of the Association of People Affected by Telephone Mast rays (Aspida), which says the closer the mast is to a house, the greater threat it poses to public health.

The mayors of Emba and nearby Mesogi said with the new 5G network, there is the fear that exposure levels will increase

At the same time, the mayor of Yeri, in Nicosia, Neophytos Papalazarou has sent a letter of complaint to the town planning department for the illegal erection of a mobile phone mast in a densely populated part of the municipality and warned of an upcoming demonstration.