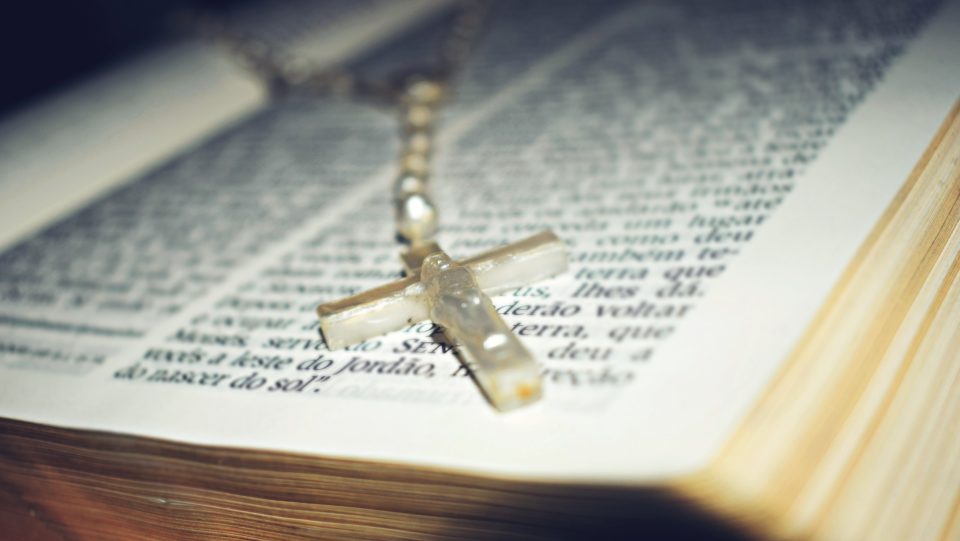 Why should atheists be singled out? In this enlightened century why are atheists an oppressed minority? Our numbers are increasing in much of the post-Christian world. And yet it’s getting harder for atheists to get a hearing. Some, indeed, have been ‘no-platformed’ even at senior universities. How has such a deplorable state of affairs come about?

Well, to pin it down we have to go way back. In the early days of Judaism things were so mixed and so lacking in facts that a sure, reliable sequence is hard to tabulate. The only evidence is what’s in the older chapters of the scriptures. Christianity and Islam, being more recent, are rather easier.

Both of these comparative newcomers had a hard time to start with. Christianity fell foul of the Roman Empire and narrowly escaped strangulation at birth. However, among its ranks were capable, even gifted leaders, including that garrulous converted Jew, Saul of Tarsus, later becoming known as St Paul.

These men, whatever their underlying profit motives, hit upon the most successful ploy of all. They adopted the ancient military axiom – itself from the Bible – ‘Take the high ground.’ Hence the outrageously self-assumed authority of priests who have no real authority whatsoever.

By the time that the first popes were being elected in Rome people everywhere had all heard of the spiritual benefits claimed. They had been taught how successful prayer was, also obedience, and, of course, generosity. They had been taught, pressured, scared – whatever – into accepting that religion, especially Christianity, and even more especially the papal authority of Rome was the only realistic, and safe, option. Unbelievers were few, fairly easily coerced and easily silenced.

Pressures from such threats as excommunication, torture and execution were very effective. Gradually it became the normal and natural thing to be a believer, a Christian that no longer questioned authority. Thus, by the Middle Ages it had become the accepted state of human affairs in Mediterranean and western lands. At least ostensibly everyone believed in JC, the Trinity and angels and a Celestial Father. It was a successful system – the people were largely controlled and the income was steady. And if, in the future, there lay horrors like evangelical fundamentalism, the Spanish Inquisition, witch-burning and murderous jihadism – then so be it.

But there was a fatal flaw. The truth is that these were the Emperor’s New Clothes. Whereas, in reality, he had none.

It is my opinion that most religionists, at least the thinkers rather than the automata, already suspect this to be the case. To believe that a self-proclaimed holy man once went to Heaven and back on a winged horse named Buraq is as scientifically impossible as to believe that some itinerant thaumaturge could change Coral Bay sea-water into Chateau d’Yquem, and just as daft. So what do these people do when confronted with facts opposing their irrational ideas?

They claim they are being offended by atheism. One must certainly accept that to a religionist an atheist is deeply offending his beliefs. But then, the reverse is also true. Atheists are equally vulnerable to offence.

The sheer arrogance of believers in suggesting that celestial bigwigs are interested in checking our brownie points is confounding. The usurped authority even of the creepiest priests likewise. But, faced with the relentless logic of atheism many people must find it hard suddenly to recognise that they have in part wasted their lives in working for a non-existent deity. Many good priests achieve a great deal of good, notwithstanding, though here I specifically exclude priests who have, rather, been happily doing the Devil’s work throughout.

When we face the blunt facts the earlier motives and successes have, over many centuries, accorded religion some sort of charmed status and most people have bought into that. As a result it is quite in order even for those who don’t really care much either way to be insulted and upset by atheist comments. For some totally illogical reason even these unbiased folk defend the right of religionists to be offended.

‘You’ve insulted my religion,’ is a knee jerk response worse than insulting the wife, the kids, one’s political party and the soccer team one supports all in one.

I submit that there is a monumental difference between the supernatural and the numinous. I suggest believers should ask themselves, seriously, ‘What if I am wrong?’

Ultimately it all comes down to one thing, faith, the belief without logic in things without proof.

In my experience serious insanity is fairly uncommon in individuals. But in groups, parties, epochs and religious sects it remains the rule.