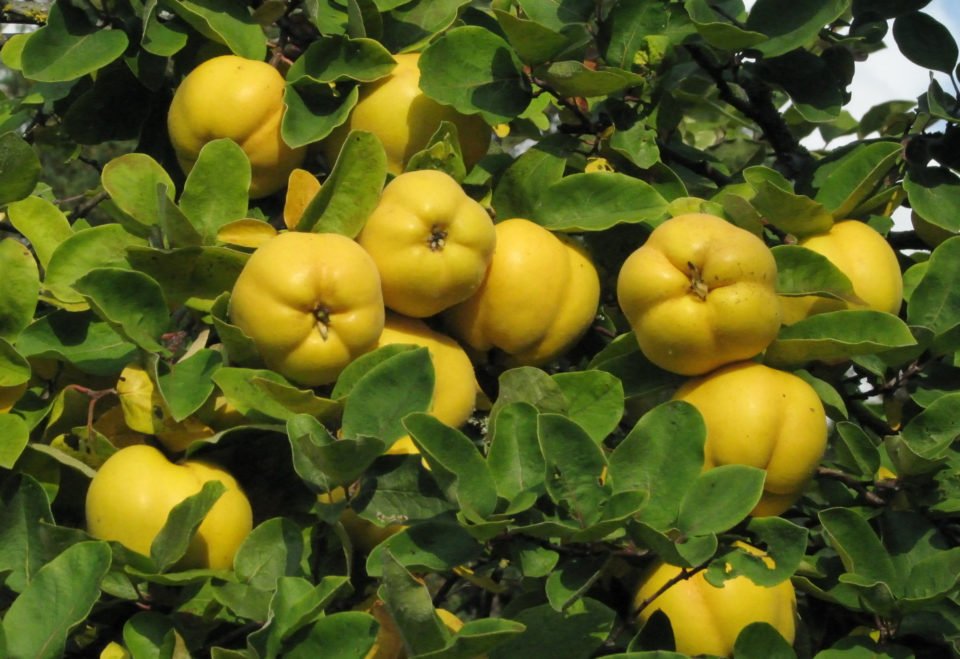 Habitat: A deciduous tree member of the Rosaceae family, which can grow to 8m. It has grey-green leaves with a wooly underside, the strangely twisted stems are topped by white, pink or yellow flowers. Native to Persia, although some believe it originates in Crete’s Apple of Cydonia, an area of the island. It now grows throughout Europe and the Mediterranean region in rich soils and hedges.

What does it do: Quince produces a very hard, heavy fruit which resembles a pear, and is inedible unless cooked when it will turn pink.

Both Hippocrates and Dioscorides valued the plant as an astringent and a preventive for spreading sores. This is the ‘love apple’ that Gaea gave the Goddess Hera on the day she married Zeus. It may surprise the Anglo-Saxons to know that the word marmalade derives from the Portugese term for quince, marmelo.

The plant contains mucilage, cyanogenic glycosides, including amygdalinm, tannins, and vitamin C. It is one of the more powerful astringents: a chemical that will contract blood vessels and certain body tissues like the mucous membranes thereby reducing excretion and secretion. This makes it valuable in containing external and internal bleeding as well as controlling diarrhea and dysentery. Recently it has been used effectively in the treatment of IBS.

There is a tradition among Orthodox monks of making cough mixtures from the juice, and a cure for baldness from the seeds boiled in olive oil.

The seeds which are poisonous, make a mucilage that can be applied to mild burns.

The same mucilage is used commercially to manufacture mascaras and hair setting gels.

Most Europeans will be familiar with quince as a culinary ingredient, particularly in sauces to accompany fatty dishes such as goose and duck. It also makes a very piquant confectionery, some of the most delicious spoon sweets are made from quince.