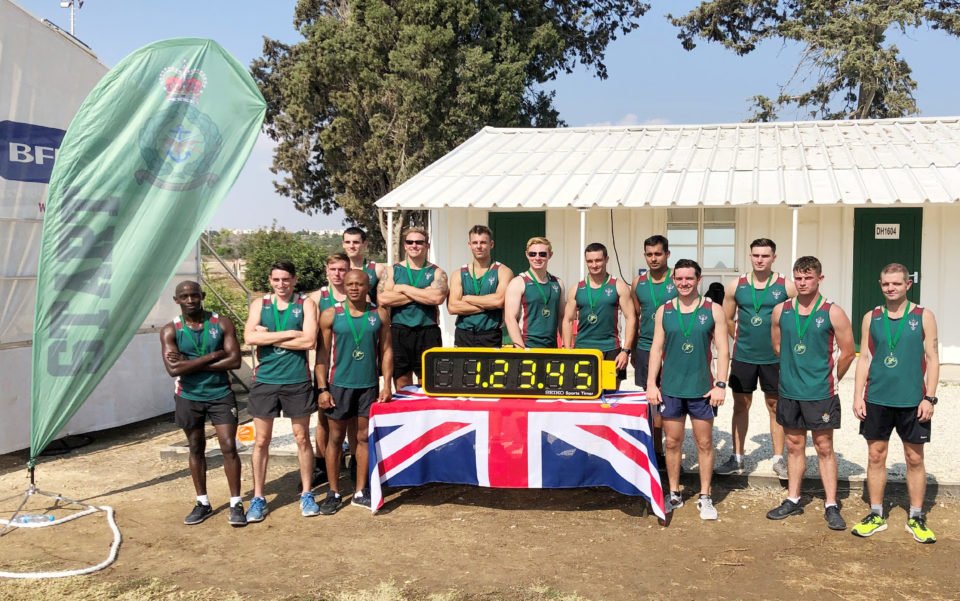 Now its sixth decade, the Dhekelia Dash goes from strength-to-strength. according to race organisers, the number of teams entered was up again this year

The hugely-popular Dhekelia Dash took place at the end of last month for the British Forces Cyprus community but it was an Episkopi-based team from the 2nd Battalion The Mercian Regiment that crossed the line first in the 15-person relay race.

Astonishingly, now its sixth decade, the Dhekelia Dash goes from strength-to-strength and according to race organisers, the number of teams entered was up again this year.

Major Adey Penn, Officer Commanding for Dhekelia Station, who was heavily involved in pulling the event together, explained the history behind it.

He said: “The inaugural Dhekelia Dash took place on November 5, 1966 and was initiated by the Commanding Officer of Ordnance Services, Colonel Sam Warne.

“It was the brainchild of a Major Ray Thornton and it took the form of a sub-unit relay race for members of the Royal Army Ordnance Corps (RAOC). The idea was to relay between the RAOC Stores Depot at Ayios Nikolaos and HQ Company at Dhekelia.

“For the past 53 years, the Dhekelia Dash has been an annual event, occupying a prominent position in the Eastern Sovereign Base Area (ESBA) and BFC calendar.”

The format of the event has evolved over the years, as has the route, as the Dhekelia OC explained: “In 2000, the format of the race was transformed in to a one-mile loop around the Station, starting and finishing in the same place, which enabled greater spectator involvement, enhanced security and a greater scope for attractions, like static displays, food stalls and other entertainment.

“Last year saw another slight change which further enhanced spectator viewing of the event and allowed for better use of the on-site established facilities. That change, which saw the event moved to take place behind the Dhekelia Station Lions Gym, with a one-mile loop taking place in the surrounding area, has continued this year.”

Taking to the start line this year were 17 teams from within the community and they were divided into different categories, which included one main prize for the five military teams and there was also a primary school category, which consisted of four teams, a two-team senior school category and a fun-run event with six teams entered.

Looking back at the event, the OC said he was thrilled to see the Dhekelia Dash still proving so popular with the BFC community.

“The event conflicted with another key BFC date but we still had more teams enter than last year, which is very encouraging.
“It is also free to enter now due to sponsorship by Thermosolar and SODEXO, which has enabled us to run a fun, free, family event.”

New House president asks police to reduce his security detail, ‘no need’ for them