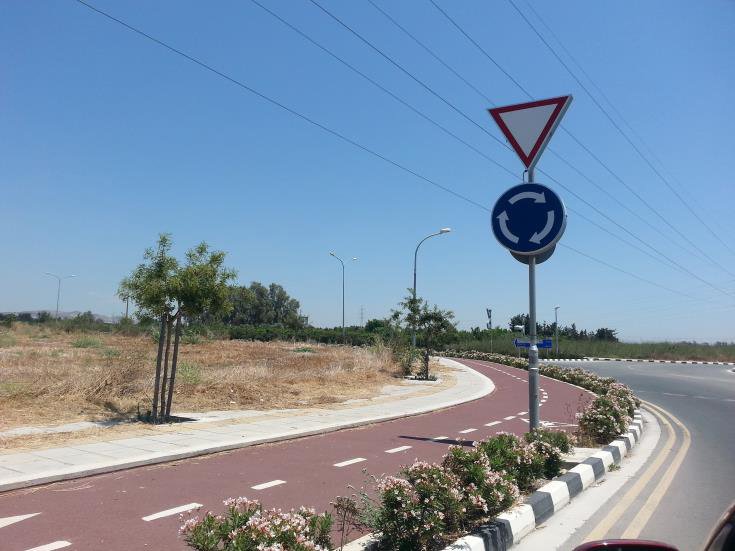 The road project has been delayed for year

COMMUNITY leaders of rural and mountainous areas of the Nicosia district were furious on Friday after being told the construction of a road leading to their areas would be postponed for another year to save money, despite assurances from the transport minister that it would go ahead no matter what.

They accused the government of “concocting a fairytale”.

The issue of the construction of the Kokkinotrimithia to Evrychou motorway was discussed at the House transport committee on Friday where, according to Minister Vassiliki Anastasiadou, the road would go ahead but a year later than the initial dates announced.

The minister presented the new timetable to the committee, according to which the launch of the Denia to Astromeritis motorway had been postponed from 2020 to the end of 2021, while the stretch from Astromeritis to Evrychou would start at the end of 2023.

While the environmental study and the revaluation of the finances would go ahead, other procedures such as expropriation would proceed so that no time was wasted, the minister clarified.

But leaders of the affected communities could not be pacified and stressed the urgency of the project while voicing their concerns about the bad conditions of the existing roads, which they said was resulting in depopulation of their areas.

President Nicos Anastasiades has pledged on more than one occasion since he was elected to revitalise mountain areas by means of various projects but the community leaders say not only are their areas suffering from depopulation but that the road connecting Nicosia with Troodos, which dates back to 1971 is dangerous.

“Enough of the mockery. It is shameful to talk about saving money for a project that has been pending for so many years. We ask for a simple road and do not accept an environmental study,” said the community leader of Kakopetria Ioannis Iacovides.

Anastasiadou said the communities have the right to skepticism as they have been promised a new road for decades by various governments. “But now we are at the threshold, that is, closer than ever. The studies have been completed, they are being finalised, there is a provision in the budget, we are talking about actions now and not promises,” she said.

Speaking before the committee, Anastasiadou explained the finance ministry had requested that the Astromeritis-Evrychou section be re-examined to achieve savings and a new environmental study was requested as the road passes through Natura 2000 areas.

The issue of the proximity to the north of the stretch from Denia to Astromeritis was also discussed.

“I heard about this road when I was a pupil,” said Potami community leader Yiannakis Ioannides. “Today my children are at university.”

MPs also called for speeding up of procedures.

“The road is not a luxury but a necessity, firstly for safety reasons and to help residents of these areas remain in their villages,” said Diko MP Marinos Mousiouttas who had registered the issue for discussion with the committee.

Disy’s Demetris Demetriou said the minister’s and the government’s political will ought to be utilised and not let this project “murdered by red tape.”

Our View: Abuse of Greek doctors by Cypriot colleagues shames the country