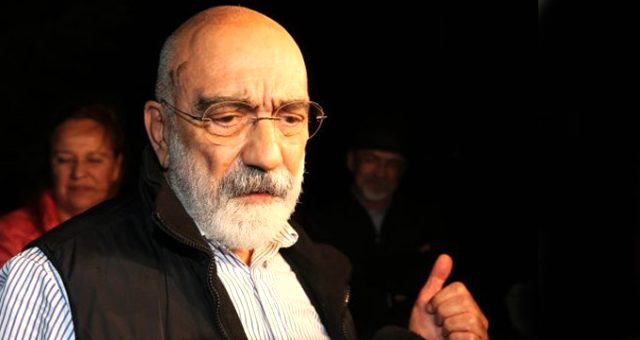 Turkish police detained prominent journalist and author Ahmet Altan late on Tuesday, a week after he was released from prison in his retrial on coup-related charges, Istanbul police said.

Before his release last Monday, the 69-year-old had been in jail since his arrest in 2016, two months after an attempted coup which Ankara says was orchestrated by the network of U.S.-based Muslim cleric Fethullah Gulen.

The journalist’s case has drawn criticism from human rights groups and Turkey’s Western allies. They are concerned by the scale of a post-coup crackdown against suspected Gulen supporters under President Tayyip Erdogan.

Altan smiled and waved as he was driven away by counter-terror squad police officers after being taken from his home in Istanbul, video and photos published by Turkish media showed.

He was taken to Istanbul police headquarters after a hospital check-up, state-owned Anadolu news agency reported.

Altan, his brother and other journalists were previously sentenced to life in jail for aiding Gulen’s network. Last week he was convicted again in a retrial, but released from jail given the time served.

Altan and the others deny the charges against them.

On Tuesday a higher court overruled the decision to release Altan, ordering his arrest on grounds that there was a risk of him fleeing, Anadolu reported.

Under last week’s verdict, Altan was sentenced to 10 years and six months in jail. Turkey’s high court had overruled the previous life sentences against him in July, sending the file back for re-trial.

In an other caset ‘involving’ Gulen’s network, US Turkish NBA player Enes Kanter, a vocal critic of Turkish President Tayyip Erdogan, teamed up with two Democratic U.S. senators on Tuesday as they introduced a bill to condemn the alleged violation of human rights in Turkey.

As Erdogan arrived in the United States for a White House meeting on Wednesday with U.S. President Donald Trump, Senators Edward Markey and Ron Wyden held up Kanter as a victim of the Turkish government’s targeting of political rivals.

Turkey seeks the international arrest and extradition of the Boston Celtics center over his links to U.S.-based cleric Fethullah Gulen. Kanter has also had his passport canceled and has not been able to travel abroad with his team.

“President Erdogan is conducting one of the biggest campaigns to restrict rights and freedoms anywhere in the world,” said Markey, pointing to the arrests or imprisonment of 80,000 citizens and closure of associations and media organizations in opposition to the government.

Kanter said Americans should feel “very lucky and blessed” to have a country with democracy, freedom and human rights.

“Sadly none of this is in my country but it’s just amazing to see support from not just two of these gentlemen but from my teammates, from my coaches and from all these fans,” Kanter said. “So that is why I cannot thank America enough.”

Vast majority are against a two state solution

Michigan boy, gets double lung transplant after damage from vaping