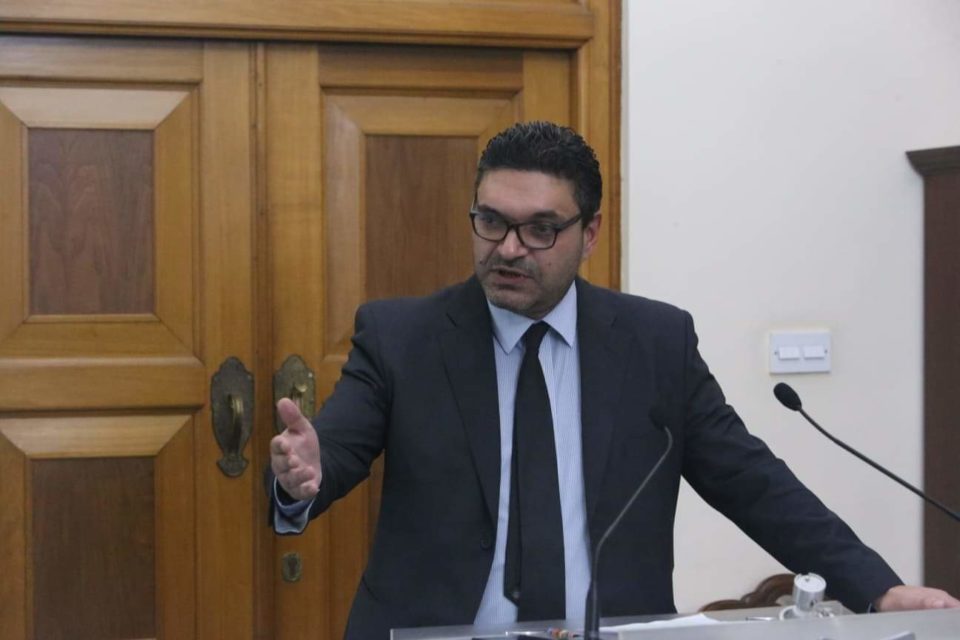 Host of new regulations will include tougher checks on everyone

The cabinet on Wednesday approved an amendment which will ban third-country nationals from crossing into the Republic from the north in a bid to curb the uncontrolled influx of migrants.

Interior Minister Constantinos Petrides said that together with the foreign ministry, they proposed amending the Green Line code of implementation to prohibit the movement of third-country nationals arriving from an illegal entry point, such as Tymbou (Ercan) airport to areas controlled by the Republic.

Changes also include the prohibition of third-country nationals with Cyprus temporary residence permits living in the Republic from crossing into the north.

The ban will not affect asylum seekers. Tourists will also be allowed through, as long as they will not be staying in Greek Cypriot properties.

Cyprus must inform the European Commission of the proposed changes, which will be put into place if no objection is raised within one month.

“It’s not just illegal migration issues, there are also public security issues and better monitoring of the interests of the Republic of Cyprus, without violating anything relating to the European asylum system or our obligations towards anyone,” Petrides said.

The cabinet also decided stricter enforcement of checks at the crossing points and monitoring of the buffer zone, often used by irregular migrants to cross into the Republic.

The interior and foreign ministries were also authorised to submit bills providing for penalties and fines relating to illegal entry or exit through unauthorised points.

“Because of the need for stricter checks, something that is not being done today to the extent that it should have, police will be carrying out the checks at the crossing points, which will undergo the necessary configuration and get additional staff,” Petrides said. “The public works departments have plans to restructure the checkpoints so that the proper checks are carried out.”

The minister said the changes were necessary as so much had changed since the code was first put in place in 2004.

At the time it concerned the crossings of relatively small numbers of Greek and Turkish Cypriots and an even smaller number of other nationals, mainly from the EU.

“Since 2004, the numbers have multiplied and the problem of illegal migration that did not exist then has worsened,” the minister added.

One of the new provisions concerns humanitarian and other cases like medical emergencies, minors and their teachers taking part in events in the Republic, journalists and Turkish nationals who will visit Hala Sultan Tekke for a pilgrimage.

Changes at the crossing points will also apply to all minors of any nationality.

“Minors of any nationality would only be allowed through if they are accompanied by their parents or one parent, provided the other parent grants permission, or there is permission from both parents if the child is with someone else,” Petrides said.

The changes go beyond just new procedures at the crossing points and will include tougher checks on all third-county nationals applying to Cypriot universities and private higher education colleges even if they enter the Republic directly from their country of origin.

Some colleges in the past have been accused of being a cover for third-county nationals who enter the country as students only to then claim asylum or stay on illegally after they arrive.

In line with the decision, the education ministry will have to review procedures and introduce more effective mechanisms to check on would-be students.

Greek Cypriots can also expect tougher checks when traversing the crossing points. There have been cases of third-country nationals carried to the Republic by Greek Cypriots in their vehicles, which had not been checked at the checkpoints.

“The practice today is not what it should be. The state of affairs has changed and there must be stricter controls and based on the regulation itself, adequate checks must be carried out,” he said.

The government essentially wants to have a more accurate picture of the situation, especially the number of genuine asylum seekers.

Currently, a lot of third-country nationals arriving in the north for various reasons, as students for example, may end up seeking asylum in the Republic.

Others cross to find work and subsequently ‘get lost’.

The measures will also close a so-called blackhole for domestic workers employed in the Republic who either went to stay in the north or left the island through the north. One of the side effects, apart from losing track of the person, was that their employers in the Republic essentially lost the money they had deposited as guarantee before their employment.