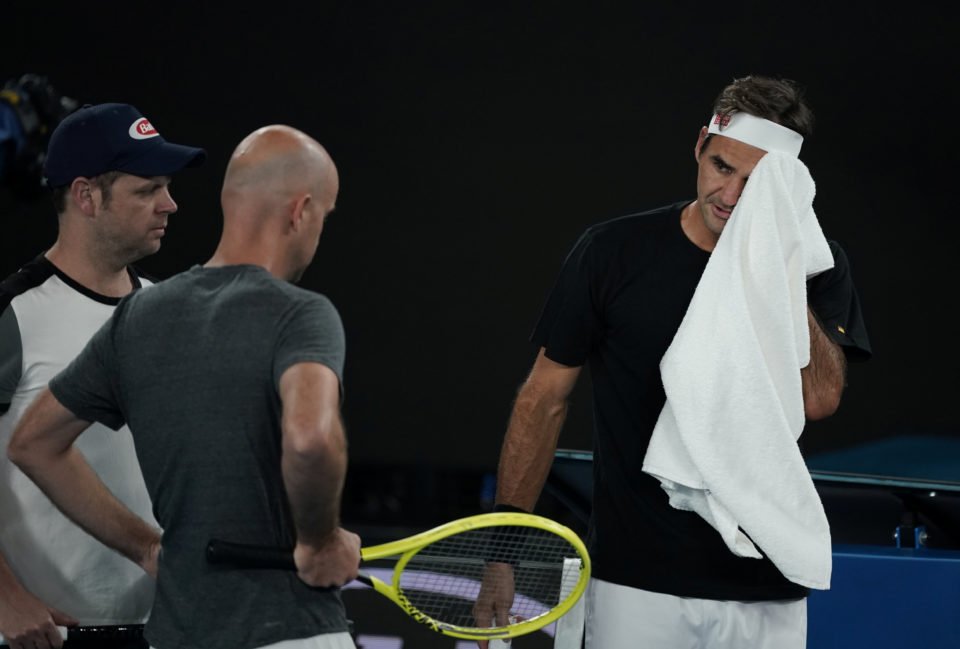 The poor air quality which left players fighting for breath at Melbourne Park last week, and the extreme heat which disrupted the tournament in the past, will become the new norm if sports do not do more to address climate change, a report released on Monday said.

The Australian Open, the season’s first Grand Slam, starts later on Monday but the lead-up was blighted by smoke from bushfires that have raged across Australia for months.

Slovenian Daria Jakupovic said she was “scared” after a coughing fit forced her out of qualifying on Tuesday while Canadian Denis Shapovalov said he would refuse to play this week if forced to compete when the air quality was poor.

The Monash University report, titled ‘Love 40, degrees’, said extreme heat and weather events would have a growing impact on sport in Australia.

“This is not something that has happened,” James Goldie, the report’s co-author, told Reuters. “This is something that is happening. And it’s going to get worse.”

Goldie and co-author Stephanie Hall examined the effects of climate change on three high-profile sports events held in the Australian summer — the Boxing Day cricket test in Melbourne, cycling’s Tour Down Under in South Australia, and the Australian Open tennis Grand Slam.

The reports all indicated that sports organisations should consider shifting their events to either November or March, or modifying their times to start earlier in the morning or compete later at night.

“It doesn’t matter what sport you’re playing, there are multiple tracks of evidence that summer sports across the board are going to be impacted by climate change and extreme heat,” Hall said.

Sports organisations have adopted extreme heat policies but in recent years Tennis Australia has been criticised for not postponing play when players were showing signs of distress.

Novak Djokovic retired from his quarter-final in 2009 due to heat stress while defending the title as the temperature hit 45 Celsius (113 Fahrenheit).

In 2018, France’s Alize Cornet collapsed when court surface temperatures reached 69 Celsius, while her compatriot Gael Monfils said he felt like he was “dying”.

The bushfire crisis has put pressure on Prime Minister Scott Morrison as critics say he has not done enough to address the impact of climate change, which meteorologists have said was extending the length of the fire weather season.

Bushfires are common in Australia but the fire season has begun much earlier than usual, with temperatures soaring above 40 Celsius well ahead of the start of the southern summer and high winds hitting the drought-parched landscape.

Morrison on Friday again rejected any links between the fires and his conservative government’s policies, including support for the coal industry.

Gavan McFadzean, the Climate Change Programme Manager at the Australian Conservation Foundation, which commissioned the research, said it should serve as a wake-up call for sports organisations to do more to address climate change.

“They’re not doing enough,” he said. “They’re not … pushing for stronger ambition from our political and business leaders on climate change.

“Sport is a critical institution and plays an important role in bringing people together and shifting community attitudes.

“There has never been a more important role that sport can play.”