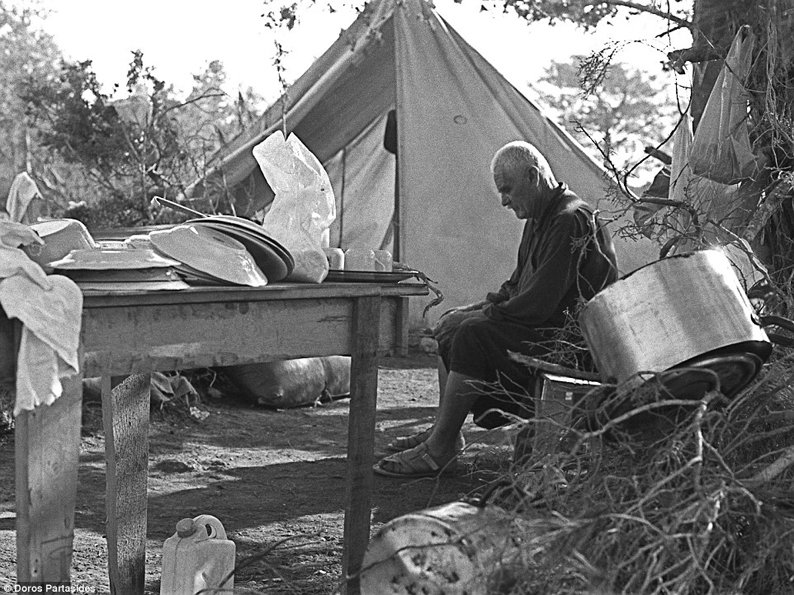 Court case seeks restitution for losses out of the public purse

A little-reported-on filing to the administrative court made by a former supreme court judge, no less, may potentially force the state to either shell out billions in restitution to Greek Cypriot refugees for loss of use of their properties in the north, or else necessitate a universal tax to compensate displaced persons.

On December 31, former supreme court president Demetrios Hadjihambis filed a claim for loss of use of his property in the north.

He estimates that damages for loss of use of the property he owns in Ayios Memnonas in Famagusta run in the several hundreds of thousands.

The first hearing is set for February 4.

The claim is premised on the argument that in the event of a national disaster – like the 1974 invasion – the burden must be shared by the entire population, not only by those specifically suffering loss.

According to Hadjihambis, as long as the Cyprus issue is unresolved, “the state is obliged to distribute the loss of use as a public charge to all citizens.”

Shortly after filing, Hadjihambis distributed the following statement to the press:

“Since 1974, only the displaced owners have carried the burden of the Turkish occupation, with multiple consequences that lead them even to poverty, despite repeated calls to the state for an even distribution of this burden.

“Unfortunately for 45 years, the Republic did not take any measures to distribute the loss of use as a public charge to all citizens.”

The filing documents could not be immediately obtained. But it’s understood that at this stage Hadjihambis is merely seeking a statement from the court establishing the principle that it is the state’s obligation to compensate refugees for loss of use of their property.

But that acknowledgement could set a precedent with real-world financial consequences.

Hadjihambis, 73, cites two articles of the constitution: Article 24 (“Every person is bound to contribute according to his means towards the public burdens”) and Article 28 (“All persons are equal before the law, the administration and justice and are entitled to equal protection thereof and treatment thereby.”).

He argues that the state’s obligation to ensure the protection of fundamental human rights – the right of property in this case – likewise stems from the European Convention on Human Rights and the Charter of Fundamental Rights of the European Union.

He moreover contends that this obligation is “compounded due to the exclusion of the occupied territories from the EU acquis, agreed between the EU and the Republic of Cyprus as a condition for the latter’s accession to the European Union in 2004.”

On the surface, the legal arguments are sound, and there does exist a precedent – for instance the restitution laws passed in the 1950s in West Germany regulating the restitution of lost property and the payment of damages to victims of Nazi persecutions.

Since 1974, Greek Cypriot refugees have received some assistance from the state: virtually free housing on purpose-built estates in the south, a lump-sum grant covering part of the cost of building a house, or low-interest loans to purchase a home or set up a business.

In addition, in 1974 a law was passed levying a small contribution from all taxpayers, with proceeds deposited into a special fund for refugees. It was intended as a temporary statutory instrument, and the law itself was repealed in 1992.

“But evidently, generally speaking state assistance to refugees has been nowhere near enough,” said lawyer Achilleas Demetriades when asked to comment.

“Is it any wonder then that we see refugees resorting to all sorts of legal actions to obtain what they feel they are entitled to.”

Demetriades reiterated a point he’s made several times – that government proceeds from Capital Gains Tax (CGT) ought to be diverted to a refugee solidarity fund.

He recalls that post-1974 there occurred a spike in property prices in the south, driven by the sudden constriction of supply.

As a result, property owners in the south saw the values of their properties and land soar – reaping considerable benefits from the effects of the invasion.

“But rather than setting proceeds from CGT aside to support refugees, the government used them as just another revenue stream,” Demetriades said.

Beyond cold numbers, the point brings up a controversial theme with social and political ramifications – the question of refugees versus non-refugees.

It’s been alluded to, for example, by former interior minister Socrates Hasikos.

In a January 2017 interview with daily Politis, Hasikos said:

“Refugees are not content with what we’ve given them. They want much more. But in order for them to get that extra, someone has to pay. With taxes. Those hailing from Limassol, Larnaca, Paphos, and Nicosia, all saw their properties appreciate in value.”

At the time Hasikos was referring to plans to rationalise the disposal of Turkish Cypriot properties in the south, in most cases leased to Greek Cypriots for token rents.

The government at the time proposed to hike those rents, with the proceeds going towards supporting refugees. It also transpired then that often, Greek Cypriot tenants living on Turkish Cypriot properties in the south, were not even refugees.

Hasikos was hammered in certain sections of the media for promoting divisive views – pitting displaced persons against the rest – and for the implicit idea that there should be a real-world cost for the non-resolution of the Cyprus problem, rather than focusing all reparations on the invader, Turkey.

His comments stirred up passions as they coincided with an ongoing push in peace talks, which ultimately collapsed in Crans-Montana, Switzerland, a few months later.

A financial analyst, who preferred not to be named, told the Sunday Mail that on one level Hadjihambis’ gambit with the administrative court does make sense.

“Refugees can certainly make a good case that the state hasn’t taken adequate care of them,” the source said.

On the flipside, a favourable ruling by the court could stir up a hornet’s nest.

If Hadjihambis estimates his damages alone are worth hundreds of thousands, one can only imagine what the aggregate value of all refugees’ compensation might be.

The source added: “Think of an atom bomb. Forget the state budget, the national debt, forget everything.”

A finding like that would also have a broader political corollary, in that it would imply a finality in terms of the Cyprus issue. Namely, that restitution of refugees through a political settlement – promised by successive governments – is off the table.