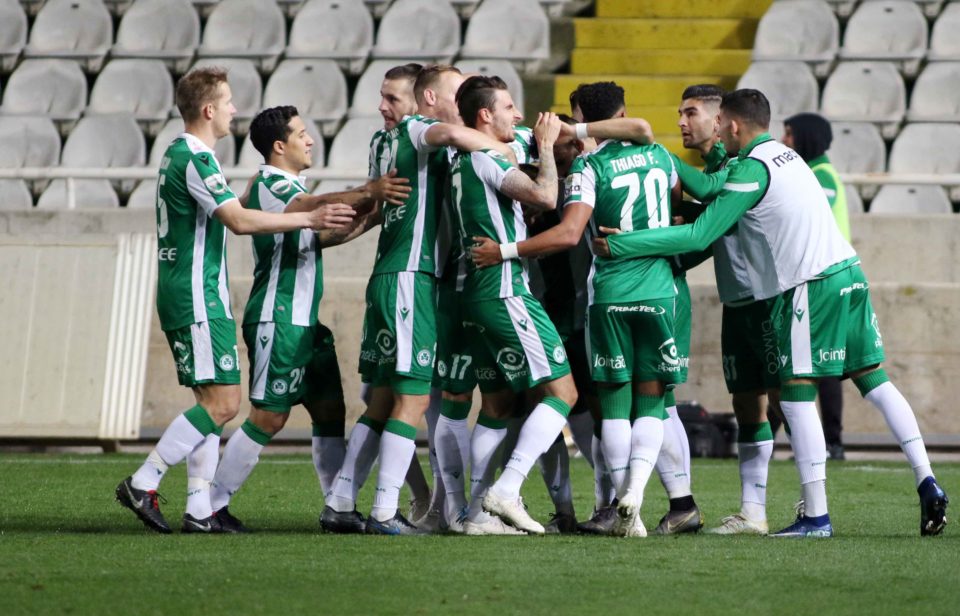 Omonia were the winners of the weekend’s top of the table clash against Anorthosis thanks to an own goal scored by the visitors’ Slovakian striker Michal Duris early in the second half.

The result cuts Anorthosis’ lead at the top to just one point over the Greens, while both Apollon and Apoel closed the gap as well to four and five points respectively following their weekend wins.

More than 10,000 fans turned up to watch Omonia deservedly defeat Anorthosis at the GSP stadium in Nicosia.

The home side controlled play from the first whistle with Anorthosis content to sit back hoping to catch Omonia on the break. Chances, especially in the first half, were far and few between with goalkeepers on either side rarely tested.

The only goal of the game came in the 48th minute after a Gomez corner was inadvertently headed past Anorthosis goalkeeper Loria by Duris.

After the goal Anorthosis showed more ambition in an effort to salvage something from the game but Omonia’s backline stood firm, reducing the Anorthosis players to long-range efforts that hardly troubled rookie goalkeeper Kyriakides.

The only time the visitors looked threatening was in the 69th minute when Kacharava tried to beat Kyriakides from close range but the goalkeeper was equal to it keeping his goal intact.

With Anorthosis pushing players forward, gaps began to appear at the back and Omonia’s Matt Derbyshire twice went close to doubling the score, but first the crossbar and then Loria denied the Englishman a second goal for his team.

With the final whistle the Nicosia team celebrated a thoroughly deserved win that puts them firmly back in the championship race.

Elsewhere, champions Apoel managed to put a stop to their three-game scoreless run as they defeated bottom of the table Doxa Katokopias 3-0.

Two goals by Tomas de Vincenti and one by defender Giorgos Merkis in the opening half gave Apoel the three points. But despite their comfortable win, the Nicosia giants did not exactly set the stadium alight with their performance.

Third-placed Apollon fell behind to a seconnd minute goal by Ethnikos striker Kone but three goals in a ten-minute spell gave the Limassol team a two-goal cushion midway into the first half.

Vincent Laban reduced the deficit for Ethnikos from the penalty spot in the 82nd minute, setting up a nervy finish but the home side hung on to record their seventh straight win.

AEK returned to winning ways with a 3-1 win over AEL to leapfrog over their opponents into fifth place.

Ivan Triscovski scored twice from the penalty spot with AEL’s Hurado temporarily restoring parity just before the break. Akoran made sure of the points for the Larnaca team 15 minutes from the end.

The two other games ended in 1-1 draws.

Last but one Enosis led through an Abardjounian strike but were denied the three points by Nea Salamina’s Kinglsley who scored three minutes from time.