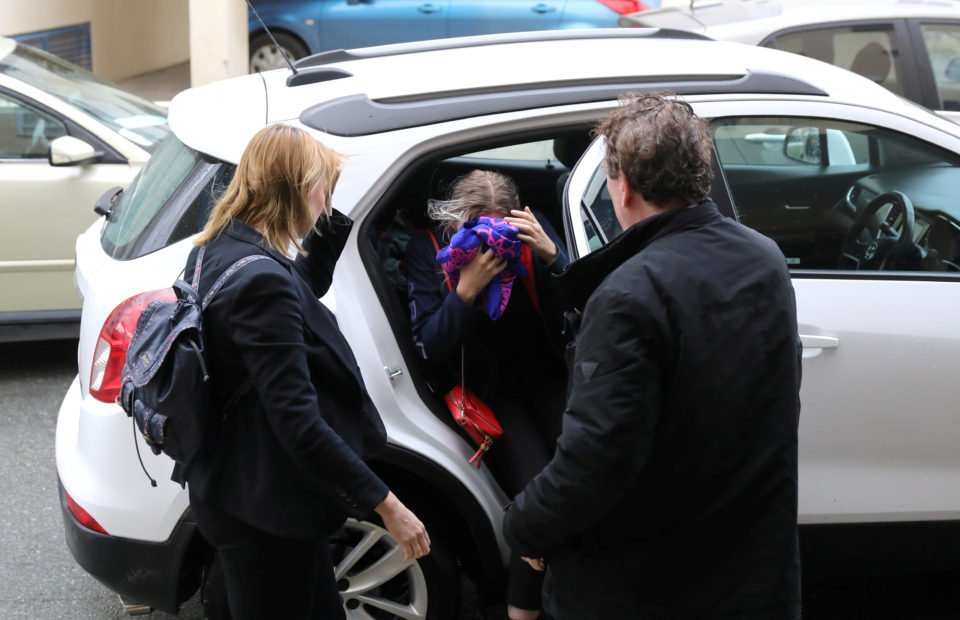 While being held on remand, the British teen convicted of lying after claiming she was raped by Israeli tourists said for five weeks she was locked up with killers, kept in a cell infested with cockroaches which she shared with nine others, fending off advances from inmates, she told the Daily Mail.

The teenager claimed she was raped by up to 12 Israeli tourists in a hotel room in the town of Ayia Napa on July 17 before being charged herself after signing a retraction statement 10 days later. She is appealing her four-month suspended prison sentence.

“She shared a filthy, cockroach-infested remand cell with Filipinas, Russians and Cypriots, sleeping on ‘military-style’ bunk beds, on plastic sheets with scratchy wool blankets to which she was allergic. Among the other prison inmates were convicted murderers,” the Daily Mail said.

“The girl says a fellow cellmate exposed her breasts then squeezed her bottom,” the article added.

“I’ve just had a panic attack in the toilet,’ the young woman wrote in her prison diary. ‘I am scared… she’s chosen the bed above mine… I feel how I did on the night after [the rape].

“I am surrounded by serious criminals — this scares me as much as it would scare any 18-year-old, by herself, wrongfully arrested. At night I lie awake, sleep will not take me. I can see their faces [the rapists’] in my mind and feel their hands grabbing me, touching me. It makes me sick now.

“A woman who’d killed her entire family ran after me screaming when I left a toaster plugged in. I didn’t understand what she was saying, but she terrified me. A prison guard had to jump in to calm her down,” she continued.

According to the British paper, she dropped a lot of weight because the prison food – typically undercooked chicken and stale bread — made her sick.

She also told the Daily Mail she read 54 books, mostly historical novels, while she was drugged on high doses of anti-panic medication Xanax.

“I felt awful, drowned in anxiety. I had a lot of nightmares, but they didn’t come as much if I slept in the day, so I’d stay awake by reading through the night, sitting by a sliver of light that came through the cell door.

“We were locked in our cell at 9pm. Some of my cellmates would smoke all night. People were having asthma attacks. I saw an attempted suicide – one prisoner drank the bleach in the loo.”

The Daily Mail described the teenager as “Blond, sweet-faced” and an “English rose” who “could be your daughter or mine”.

“If you’d asked any of my friends if I would end up in prison, they would have laughed,” the convicted girl told the reporters.

Donald Trump gets his geography wrong as he congratulates SB winners