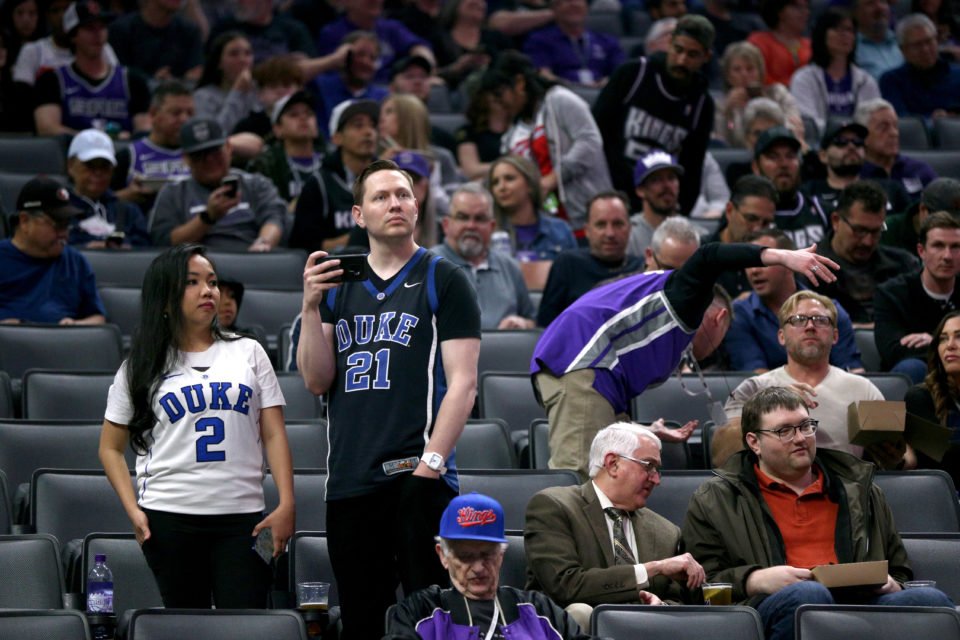 The National Basketball Association (NBA) said on Wednesday it was suspending the season until further notice after a Utah Jazz player tested positive for the coronavirus.

The test result was reported shortly before the Jazz were due to play the Oklahoma City Thunder at Chesapeake Energy Arena. The game was then scrapped.

The league said the affected player, reportedly Jazz center Rudy Gobert, was not in the arena.

“The NBA is suspending game play following the conclusion of tonight’s schedule of games until further notice,” the league said.

“The NBA will use this hiatus to determine next steps for moving forward in regard to the coronavirus pandemic.”

Players from teams that Jazz has played in the past 10 days were told to self-quarantine, ESPN reported, citing sources.

The pandemic rocked the North American sports calendar on Wednesday, leading to the cancellation of the figure-skating world championships and the announcement that college basketball’s annual ‘March Madness’ tournament would take place without fans in attendance.

“What we really need to cancel is 2020! Damn it’s been a rough 3 months. God bless and stay safe,” he wrote, likely alluding to the death of NBA great Kobe Bryant in a helicopter crash in January.

“This is a very serious time right now. I think the league moved appropriately and prudently,” he said.

“This can’t be true,” he told ESPN as his team played the Denver Nuggets.

“This is not in the realm of possibilities. This seems more like out of a movie than reality.”

A game between the New Orleans Pelicans and the Sacramento Kings was also called off at the last minute, leading to tears from at least one young fan in attendance.

The NBA playoffs were scheduled to tip off on April 18 with the finals set to begin on June 4.

Following the NBA’s announcement, the National Hockey League said it was consulting with medical experts and would have a further update on Thursday.

The three men taken to Famagusta hospital ‘are doing well’