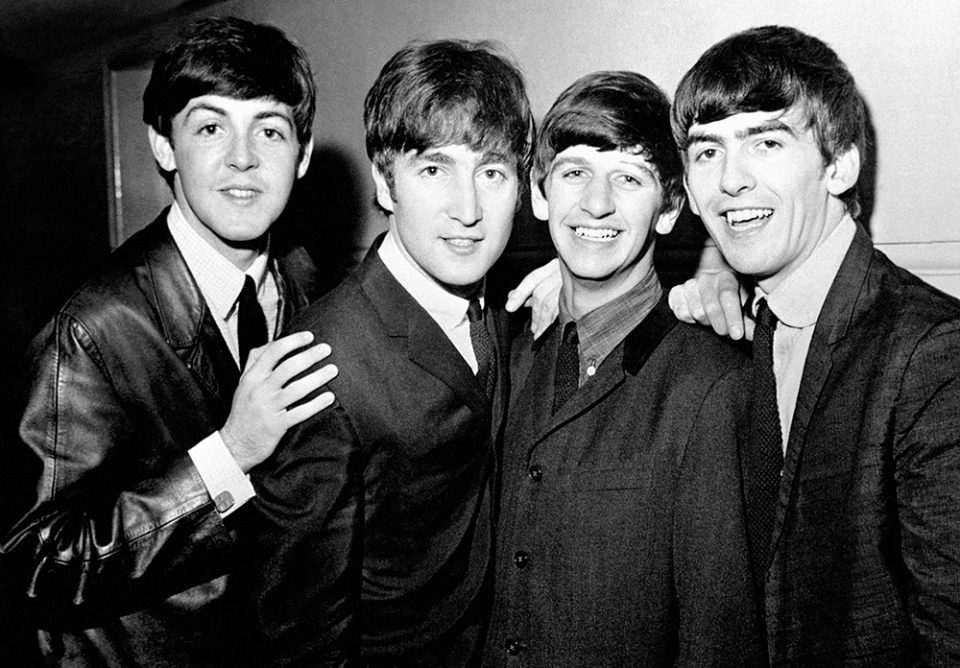 the four Beatles together. PA.

The Fab Four, like all good things, had to come to an end eventually. Five decades on, Luke Rix-Standing looks back at how it went down.

It wasn’t quite the day the music died, but for Beatles fans the world over, it must have felt pretty close.

On April 10, 1970, Paul McCartney issued a press release alongside advance copies of his solo album, which seemed to announce the Beatles’ demise.

Framed as the transcript to a Q&A, he confirmed that he did not miss his band-mates, that he was not planning anything with them, and that he could not foresee writing any future songs with John Lennon. When asked if he enjoyed solo work, he said: “I only had me to ask for a decision, and I agreed with me.”

Lennon responded furiously, but his words seemed to confirm those of his band-mate. “He can’t have his own way, so he’s causing chaos. I put out four albums last year, and I didn’t say a f***ing word about quitting.” In reality, he had privately departed months before.

While millions of fans gently wept, the headline writers tried to work out what on earth had happened. For the public it was a bolt from the blue, but for band insiders it was less Day In The Life, more Long And Winding Road. For three or four years, the group had bickered and squabbled, and all four members had either temporarily quit or threatened to.

There was no obvious starting point for the decline, but observers current and contemporary agree that the tragic death of longtime manager Brian Epstein in 1967 caused a shock that set the band’s relationships reeling.

Epstein had handled the group’s business dealings, keeping the decisions – and the disagreements – separate from the music, and had deftly mediated between the band’s burgeoning egos. “I knew that we were in trouble then,” Lennon said later. “I thought, ‘We’ve f**king had it now’.”

Epstein had also kept the quartet grounded in the midst of global fame that was, at the time, unmatched in the whole of human history. Lennon bore no love for Beatlemania – “one has to completely humiliate oneself to be what the Beatles were” – and George Harrison had already nearly walked out in protest at their exhausting schedule.

Oft overlooked in this Great British break-up, Harrison was the first to start simmering, as his prolific songwriting was publicly and privately smothered by the Lennon-McCartney duopoly. He – not unreasonably – felt unappreciated, and was the first Beatle to release solo work.

As for the duopoly, through the final years they diverged further by the day. McCartney thrived on the daily adulation, despaired of Lennon’s chaotic approach, and artistically remained rooted in pop. Lennon, on the other hand, became increasingly experimental – in drugs and in music – and felt that his band-mate had let fame go to his head.

1968’s White Album was a successful but bizarre blend of styles, later described by Rolling Stone magazine as “four solo albums under one roof”. No conventional record could reconcile Lennon’s Revolution and McCartney’s Ob-La-Di, Ob-La-Da – a song Lennon found so happy-clappy and tedious he stormed from the studio mid-recording.

Outside the studio, the band’s sort-of-record-label and all round money pit Apple Corps became the site of a proxy war. McCartney warned correctly that the company desperately needed oversight, but his financial concerns were received “like traitorous utterances” by the rest of the band.

A power struggle ensued: McCartney backed the Eastmans, New York attorneys related to his partner Linda, while Lennon favoured the influence of Allen Klein, a weaselly executive whose imaginative business practices would eventually see him jailed by the IRS. McCartney lost the vote three to one, but detested Klein so much he still refused to sign the contract.

The Abbey Road recordings in 1969 marked the band’s final work in the studio – miraculously a masterpiece given the goings-on. Ironically, the opening number was Come Together; the final track was more appropriately named The End.

So much for the music and the money, the public postmortem focused heavily on a very different question. How much should we blame Yoko Ono?

Villain or victim, muse or monster, John Lennon’s second wife arrived on the scene late in 1966, and remains more controversial than any actual member of the band. For Lennon, Ono was a soulmate, a conceptual artist who pushed him creatively as he’d never been pushed before, but to the rest of the band she was a pain in the neck.

The group had a longstanding rule that there must be no other halves in the studio, but Ono not only attended recordings but offered strident musical advice, apparently often speaking on Lennon’s behalf. The other members protested furiously, but Lennon would have none of it. “Yoko is part of me now. We’re John and Yoko, we’re together.”

Since biblical times, of course, it’s been fashionable to blame the woman behind the man, and it was easy to point at Ono and claim she was the fly in the ointment. But if she was, it was Lennon that had put here there. “She certainly didn’t break the group up,” said McCartney in an interview in 2012, adding that Lennon was already “definitely going to leave.”

The irony is that the accusations flatter Ono with a level of power she probably didn’t really possess. “I don’t think you could have broken up four very strong people like them,” she said later, “even if you tried.”

As tension mounted, Lennon teetered, Harrison and Starr grumbled, and eventually McCartney jumped. There was a certain poetry to McCartney being the one to close the curtains. He was often criticised by his band-mates for being too domineering, but it was probably his energy and pragmatism that had kept them going for so long.

In 2016, a letter from Lennon to the McCartneys drummed up nearly $30,000 at auction. For two scathing pages, Lennon offers his unfiltered opinion on the Beatles, decrying “the s**t we took to make them so big” and telling Paul to “GET OFF YOUR GOLD DISCS AND FLY.”

He bemoans his treatment before the break-up – “I hope you realise what s**t you … laid on Yoko and me” – and called his former band “just as big b*****ds as everyone else.” At the bottom there’s a postscript in pen: “About addressing your letter just to me – STILL…!!!”

The Beatles broke up because they’d lost the things that kept them together. In his infamous press release, McCartney cited “personal differences, business differences, musical differences, but most of all because I have a better time with my family.” Answers on a postcard.