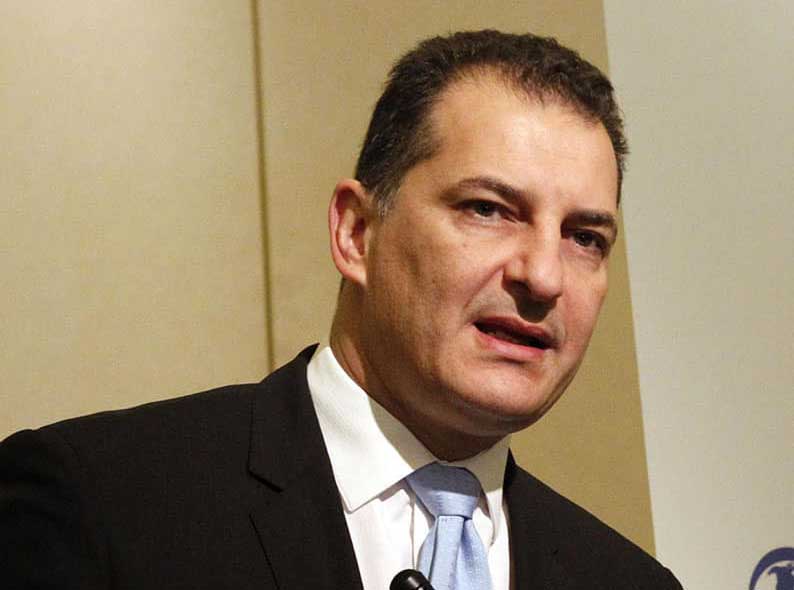 Exxon Mobil have informed the government they will be delaying a planned drill in their block 10 concession in Cyprus’ Exclusive Economic Zone (EEZ), with other oil companies expected to do the same due to the ongoing coronavirus situation as well as the sharp drop in energy prices globally.

Energy Minister Giorgos Lakkotrypis confirmed that in recent days he was informed in writing by ExxonMobil that they have pushed back to September 2021 an appraisal (or follow-up) well at the site dubbed Glafcos in block 10.

The Glafcos reservoir, bearing an estimated 5 to 8 trillion cubic feet of gas, is the largest gas discovery to date in Cyprus’ EEZ. The appraisal drilling would have helped the company with its commercialisation decision.

The appraisal well there was initially scheduled for this summer.

A second appraisal operation at the same site, planned for late 2020 or early 2021, has likewise been postponed to early 2022.

“They informed us a few days ago that due to the situation relating to the pandemic, and also the state of play in international markets, that they are forced to postpone the drilling by 12 months; on the other hand, the good news is that they remain committed to Cyprus,” Lakkotrypis told a local television station.

Earlier, ExxonMobil had announced that it was reducing its 2020 capital expenditures by 30 per cent to $23 billion from $33 billion, in response to low commodity prices resulting from oversupply and demand weakness from the Covid-19 pandemic.

Asked whether the current situation also complicates plans for the EastMed pipeline involving Cyprus, Israel and Greece, Lakkotrypis said it did.

Moreover, the minister said the pandemic will most likely affect the other scheduled drills in the Cypriot EEZ, including those by ENI and Total.

“I anticipate that this programme, too, will be affected due to the coronavirus because in these circumstances it is very difficult for crews to move around.”

Although it’s understood that ENI and Total haven’t formally informed the government that the Kronos drill has been put on hold, a postponement is considered likely.

Noble Energy had also been planning an appraisal well at Aphrodite in block 12.