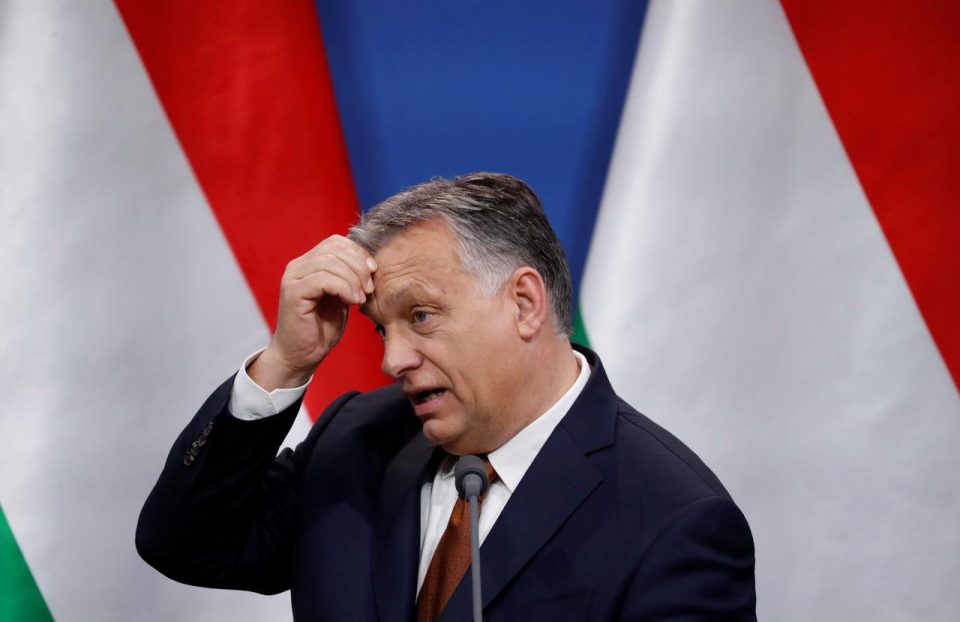 By Koralia Kontou and Nikos Korogiannakis

The EU has always been proud of offering its citizens democracy, prosperity and freedom even at a time when it’s forerunners, the European Coal and Steel Community and the European Economic Community, established by the 1951 Treaty of Paris and the 1957 Treaty of Rome were born into a world still dominated at that time by dictatorships and communism.

One of the very first articles in the later and more familiar ‘Treaty of the EU’ stipulates that “the Union is founded on the values of respect for human dignity, freedom, democracy, equality, the rule of law and respect for human rights, including the rights of persons belonging to minorities…”

EU values have always been used as a distinctive element of the Union of utmost importance for member states and therefore, as a key prerequisite for the accession of any country in the EU.

This is why, for example, the accession negotiations with Greece, although started as early as 1959, were interrupted between 1967 and 1974 during the reign of the military Junta. Similarly, recently, the countries of the Western Balkans have seen their accession negotiations blocked out of fear that they did not dispose of strong democratic institutions.

It goes without saying that EU members are bound to respect the Rule of Law. Such a serious breach of EU values was inconceivable in the early days of the European Community, which then comprised only six, nine or 11 member states.

This is why no extraordinary procedure was provided for in the Treaty, and the normal procedure giving the right to the Commission to pursue a member state before the European Court of Justice was sufficient as it provided for all kinds of infringements of EU law.

In preparation for the massive accession of 10 additional Member States in the year 2000, the Treaty of Amsterdam, which came into force on May 1, 1999, provided for a new procedure under Article 7 of the Treaty.

If the latter is determined, the Council may decide to impose sanctions on the member state, going as far as depriving it of its rights to vote in the Council on all minor or major decisions of the EU

The extraordinary procedure of Article 7 (1) of the Treaty has been recently triggered by the Commission three times against Poland which was found over a period of two years to have adopted more than 13 laws affecting the entire structure of the justice system, i.e. the Constitutional Tribunal, Supreme Court, ordinary courts, National Council for the Judiciary, prosecution service and the National School of Judiciary. The European Parliament aligned itself through a resolution adopted in March 2018. However, the General Affairs Council, despite a series of debates, has not adopted such a decision yet.

Likewise, for serious issues related to the independence of the judiciary, the Commission has initiated proceedings before the European Court of Justice against Poland. In an unprecedented judgment on June 24, 2019 (case C-619/18), the Grand Chamber of the European Court of Justice ruled that by adopting these measures attempting to change the composition of the Polish Supreme Court through a scheme providing for earlier retirement of the judges, ruled “the Republic of Poland has failed to fulfil its obligations under the Treaty”.

The provision found to be infringed was that of Article 19(1) of the Treaty, referring to the obligation of the member state to “provide remedies sufficient to ensure effective legal protection in the fields covered by Union law”. What’s more, in an equally unprecedented order dated October 19, 2018, the European Court of Justice had previously suspended the execution of the Polish law, until its judgment was pronounced.

In September 2018, the European Parliament adopted a Resolution requesting from the member states to trigger the procedure of Article 7 (1) of the Treaty against Hungary raising very serious concerns, among other things, about the country’s functioning of the constitutional and electoral system, the independence of the judiciary, the freedom of expression, the academic freedom and the freedom of religion!

And things are getting more and more complicated as regards Hungary.

Through a motion of the fully-controlled by the ruling party Fidesz Hungarian Parliament on March 30, 2020, because of the COVID-19 crisis, the notorious Hungarian Prime Minister Victor Orban has been given special powers to rule by decree without consulting the national parliament for an indefinite time. Among the measures voted by the Hungarian parliament were provisions for extraordinary imprisonment procedures for those publishing untrue or distorted facts about the coronavirus including the government’s action related to it, targeting clearly the freedom of the press.

In the last few years, the Commission had already clashed with Hungary because of its systematic refusal to conform with the EU legislation related to immigration. Several cases are pending before the European Court of Justice (cases C-821/19, C-808/18) on this subject, as well as for the issue of the refusal of Hungary to allow the functioning of foreign Universities, unless under very strict supervision. Subsequently, such a conduct of Hungary is considered to infringe the freedom of establishment and the freedom to provide services (cases C-66/18).This time however, the reaction of the EU could be different since the infringement is far more serious and the political pressure even higher.

On April 2, 2020, the President of the European Commission Ursula Von der Leyen issued a statement expressing her particular concern over the situation in Hungary, estimating that certain measures “go too far”. Thirteen  heads of states and governments, namely of Belgium, Denmark, Finland, France, Germany, Greece, Ireland, Italy, Luxembourg, the Netherlands, Portugal, Spain and Sweden also issued a joint statement expressing their concern over the disproportionality of the measures and requesting the Commission to act accordingly. No concrete actions have yet been undertaken but the Commission is expected to act rapidly even during the Covid-19 crisis.

At the same time, the European People’s Party (EPP), the largest political group in the European Parliament, decided by an overwhelming majority in March 2019, the suspension of the membership of the Hungarian ruling party “Fidesz”. Immediately after the extraordinary powers attributed to Orban, 13 member parties of the EPP, including the Prime Minister of Greece Kyriakos Mitsotakis signed a letter requesting the complete exclusion of Fidesz from the EPP.

The procedure of Article 7 (2) of the Treaty, which requires high majorities to be triggered, has been discussed intensively in the last few weeks in European capitals. A number of member states are mostly concerned about timing, since Hungary and Poland, followed by like-minded governments of Slovakia and the Czech Republic, form a block of votes that could put in danger a series of very important decisions currently pending, such as the EU Budget and the response of the EU to the Covid-9 financial crisis. However, it is difficult to perceive the EU accepting any democratic backsliding within its ranks by governments dismantling the “checks and balances” and the separation of powers, inherent in EU democracies.

The path of Article 7 (2)  of the Treaty is, sometimes, referred in Brussels as “the nuclear option” in terms of sanctions. If followed, it will transform through a real revolution the EU institutions from a traditional “soft law” mechanism to a machine with a right to interfere in issues considered up to this date to be in the very nucleus of the member states’ competences and their national constitutions, such as the procedure of appointment of Supreme Court Judges and Chief Public Prosecutors in several member states, including their relations with governments, outdated customary parliamentary procedures, long-standing  mechanisms of appointment within the public administrations etc.

Our View: Misbehaviour of the few cannot keep us all locked up