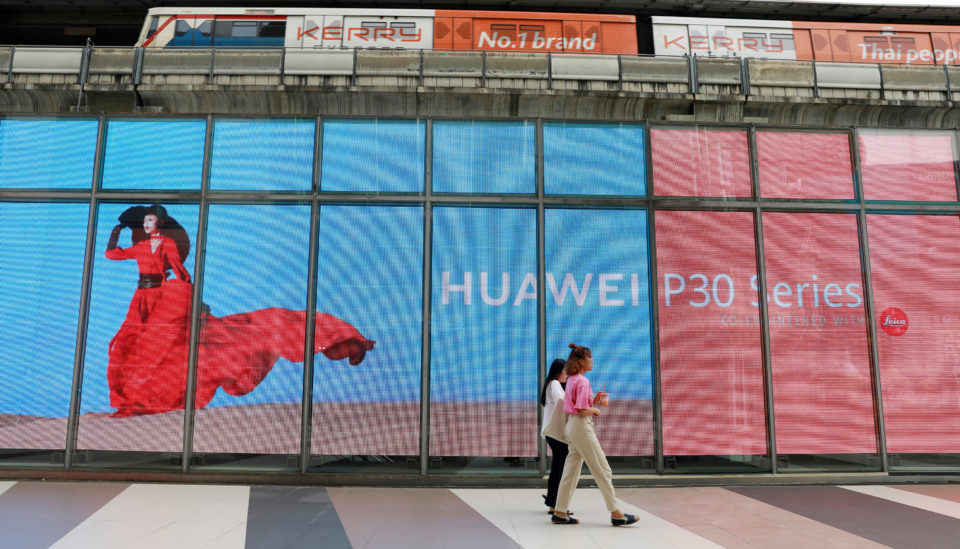 The US, for example, has banned American companies from doing any trading with the Chinese-owned Huawei with the intention of avoiding what the US government perceives as opportunistic acquisitions of critical US infrastructure

AFTER the cold war and the subsequent United States (US) dominance, the free flow of capital, the limited role of the state in the market and the economic interdependence of states constituted the central pillars based on which the global economic order was established.

In the absence of a credible rival, these features favoured the US since fewer barriers to the flow of capital meant that the US governments could further cement their dominance across the globe through economic means. Another prominent reason behind the flourishing of this ‘liberal order’ was the belief that economic interdependence would promote peace and cooperation by raising the costs of a potential conflict between states.

However, recent developments indicate a shift towards a new geo-economic order which is characterised by a growing securitisation of economic policy. The emergence of new powers and the subsequent rivalry between global and regional powers have caused concerns over the security risks posed by politically motivated foreign investments and economic interdependence.

The growing concerns associated with the free flow of capital has ultimately forced states and regional blocks to change their understanding of the relationship between economic gains and security.

In essence, while attracting foreign capital remains a key priority for states, security considerations have gained greater significance in the context of foreign investment. The US, for example, has banned American companies from doing any trading with the Chinese-owned Huawei with the intention of avoiding what the US government perceives as opportunistic acquisitions of critical US infrastructure. The logic behind the US’s decision is that losing control of critical infrastructure considered of great public importance could subsequently be used by China for political gain.

It should come as no surprise that amid the coronavirus pandemic, concerns over the security risks posed by foreign investments have grown.  These concerns stem from the risk that healthcare infrastructures or other critical assets may fall prey to foreign powers.

It goes without saying that the sell-off of critical assets during a public health crisis with deep repercussions on the economy may have a negative impact on state sovereignty and subsequently the ability of national governments to avert the looming calamity. The European Commission (EC) has acknowledged in a recent communication concerning foreign investment and the free flow of capital that among the possible consequences of the coronavirus pandemic and the resulting economic shock is an increased risk to strategic industries.

These industries include in particular, and by no means limited, healthcare infrastructure. The European Commission subsequently recalled that Member States could utilise the EU Regulation 2019/452, also known as FDI Screening Regulation, in order to maintain the Union’s resilience and the capacity of its Member States to respond to the needs of the citizens of the Union.

The FDI Screening Regulation officially entered into force in April 2019 and constitutes the first EU-wide legal framework for the screening by Member States of foreign investments into the Union on the grounds of security or public order. The Regulation further establishes a mechanism for cooperation between Member states, and between Member States and the EC, with regard to foreign investments likely to affect security or public order.

According to the Regulation, Member States may implement rules or guidelines, set out terms and conditions, investigate, prohibit or unwind foreign investments on grounds of security or public policy. In determining whether a foreign investment is likely to affect security or public order, Member States and the EC may consider its potential effect on, inter alia, critical infrastructure, including energy, transport, data processing or storage, defence, financial infrastructure and health. In order to assess the potential effects of a foreign investment, a Member State and the EC may take into account whether a foreign investor is controlled directly or indirectly, for example, through significant funding, including subsidies, by the government of a third state or is pursuing state-led outward projects.

Cyprus at the Crossroads

It has been widely suggested that the coronavirus pandemic has sped up the process towards economic protectionism and eventually a new economic order. Vigilance and risk awareness in light of the new status quo is of vital importance for the EU and its Member states, including the Republic of Cyprus. Despite a growing chorus of voices urging EU Member States to utilise the provisions of the FDI regulation, the Republic of Cyprus is among those Member States that have not established an FDI screening mechanism yet. But if there is something that the Cypriot Government should take from the current trend is that there is no ‘business as usual’ following the coronavirus pandemic and the looming economic downturn.

The tightening stance towards the free flow of capital goes hand in hand with the fact that in recent years the island has been at the centre of discussion about the growing influence of third states over its state apparatus and political establishment. Admitting that such influence was possible as a result of certain economic activities that used to take place in the island is far from being controversial. This experience should have ultimately taught to the Republic of Cyprus that economic openness should be weighed against public interest and its EU membership. This realisation becomes even more critical given that the coronavirus economic shock is expected to have a negative impact on the value of critical infrastructures across the EU. Establishing an FDI Screening mechanism will not only provide legal certainty to foreign investors but it will also send a strong message that the Republic of Cyprus is not willing to accept predatorial sell-outs of critical infrastructures. It remains to be seen whether we are willing to take the necessary steps.

* Kriton Dionysiou is a PhD Candidate and a Teaching Assistant at the University of Manchester. His research focuses on International Investment Law and Arbitration.

Our View: Union bullying at the fore of debate over reopening schools