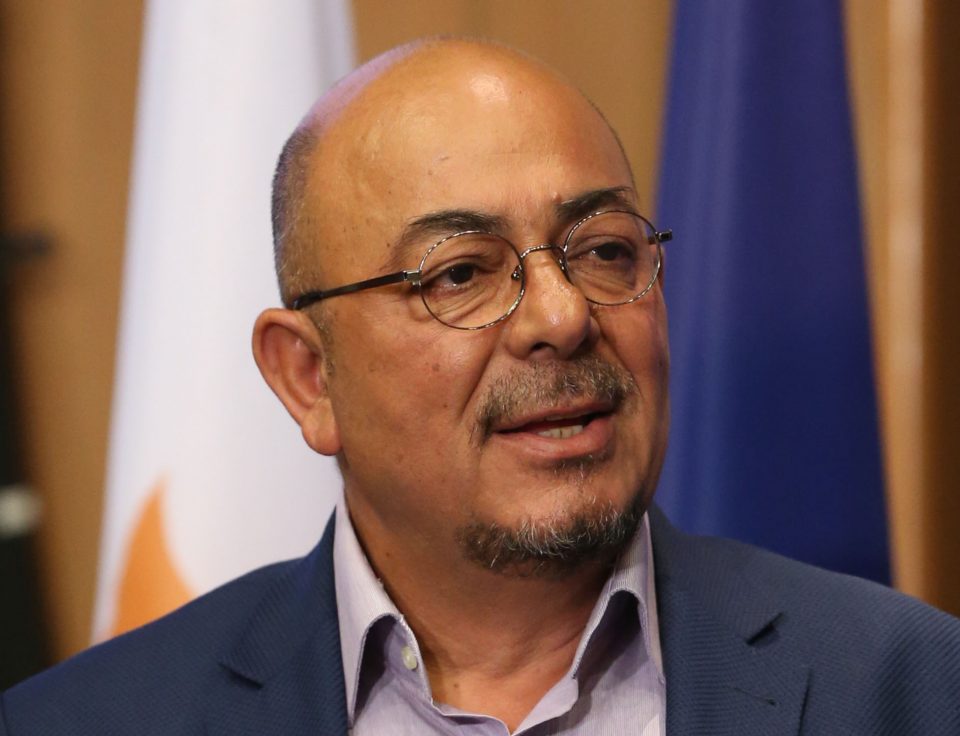 I have recently read the two-volume book by Niyazi Kizilyurek, MEP, which is now available in Greek under the title A Story of Violence and Resentment. The subject is the genesis and evolution of the ethnic conflict in Cyprus, primarily covering the period from 1955 to 1975.

The author supports his narrative by quoting multiple references to primary sources, a practice that enables the reader to draw his own conclusions. To the extent that I experienced the events, at least those of the 1950s and the 70s, I was able to judge whether the incidents referred to are presented in an objective fashion – in itself quite an achievement in view of the enormous emotional burden with which they are inextricably tied. The Greek translation left me with the feeling that Michalis Theodorou has done a careful and diligent job.

As the title suggests, Kizilyurek’s book is a story of violence, a story of barbaric acts causing a feeling of disgust and sorrow. Having lived through the climate then prevailing and specifically the period 1958-59, I am absolutely certain that only a few Greek Cypriots and Turkish Cypriots were capable of committing the crimes, such as the massacres of unarmed civilians and the rape of unprotected children and women. Although committed by a handful of people – admittedly with the support of the self-proclaimed leaders of the two communities – the crimes ended up quite unfairly being blamed on the Greek Cypriot and the Turkish Cypriot communities. In reality, neither the one community nor the other had the practical means of averting these repulsive acts.

Of particular political interest is the author’s assessment that the unhelpful involvement of the Turkish Cypriots in the Greek Cypriot struggle for union with Greece was encouraged by the colonial government of Cyprus, which sought this involvement as a “counterweight” and a way of neutralising Greek Cypriot aspirations. However, the author’s point that Eoka linked the Turkish Cypriot interest exclusively to the British “incitement” while ignoring Turkish Cypriot fears of Enosis and the perceived potential extinction of a community is also absolutely valid. Underrating this fear was one of the Greek Cypriot leadership’s cardinal sins.

This is how the goal of partition was borne, as a counterweight to the aspirations of the Greek Cypriot side. This vision was warmly adopted by the nationalist leaders of the Turkish Cypriot community, prominently by Rauf Denktash, and ended up being a non-negotiable demand on which all their actions were focused.

Particularly interesting is the setting out of the events associated with the placing of an explosive device at the Turkish Consulate information office in Nicosia (on June 7, 1958) and the massacre of the Kontemeniotes near Gonyeli (on June 12, 1958). The evidence set out in the book leads to the conclusion that both incidents were organised by TMT, the Turkish Cypriot nationalist organisation, with the support or, at a minimum, the tolerance of the British. The ambush, which was set up in the plain of Gonyeli and led to eight deaths and the serious injury of five Greek Cypriots, marked the beginning of a process that was specifically planned to generate the greatest possible hostility between the two communities and ultimately to partition.

Makarios and Grivas, the two Greek Cypriot leaders, fell into the trap that was set by these two incidents. The two men obviously underestimated the dangers of rejecting the Macmillan plan and in adopting (in July 1958) an aggressive Eoka campaign against the Turkish Cypriots, one of the bloodiest incidents of which was the attack against ordinary civilians in the village of Sinta on July 12, 1958.

The consequence was the intensification of ethnic violence, passively, if apprehensively, watched by most Greek and Turkish Cypriots, who were unable to do anything to contain it.

In September 1958, Makarios, while in Athens, realised the deadlock which Cyprus was being led into and announced to Barbara Castle, a Labour Party British MP, that he would be prepared to accept the “non-aligned” independence of Cyprus. Grivas was stunned, particularly since it had not been preceded by any form of consultation between them. Initially, he expressed his surprise and then stressed that “no one was authorised to decide the burial of the ideal of uniting Cyprus with Greece”.

Makarios, in an attempt to pacify Grivas, committed his next big mistake. In his letter, dated September 23, 1958, he wrote: “Although this new line could be seen as a concession, in fact it is a tactical move, which has been dictated by the present circumstances and the need to rationally manage reality”. Makarios’ position was that independence was a tactical move and a transitional stage to Enosis. This was a position that was publicly stated after the declaration of independence and intensified Turkish Cypriot fears over the Greek Cypriot leadership’s true intentions. This suspicion probably lies at the root of Turkish Cypriot insistence on political equality and, by extension, safeguarding the ability of the Turkish Cypriot side to avert developments that could lead to its annihilation.

In my opinion, the Greek Cypriot side should recognise and acknowledge these fears and provide solid, practical safeguards to pacify these concerns. If the Turkish Cypriot side reciprocates, I believe that this would open the road for the reunification of Cyprus.

Our island is abundant. Now is the time to support local producers