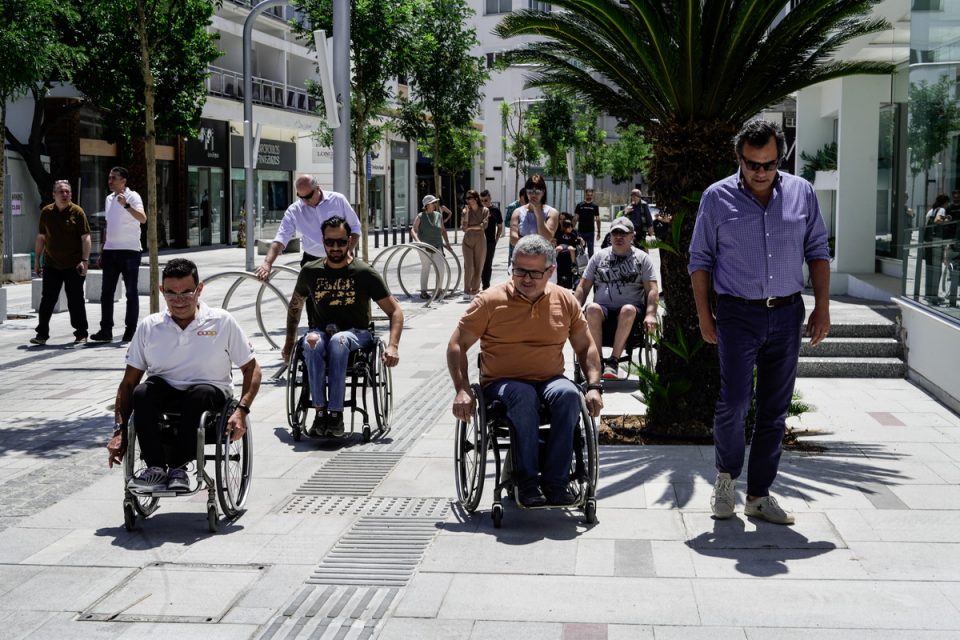 Nicosia mayor Constantinos Yiorkadjis on Wednesday took a tour of the revamped ‘Nicosia triangle’ in the commercial area of the capital, along with members of the Cyprus Paraplegic Organisation.

Phase A of the project was delivered on Sunday and includes Stasikratous, Zena Kanther and Theofani Theodotou streets.

The area has been upgraded with new paving, features and lighting, and single large pedestrian areas have been created by removing all uneven surfaces between private, public sidewalks and roads, to facilitate the accessibility of pedestrians and the disabled.

The head of the paraplegic organisation, Demetris Lambrianides, who accompanied the mayor and other members of the group, and representative of shopkeepers in the area, welcomed the changes.

“The renovation of the commercial triangle is a unique project, easily accessible to people with mobility problems, and a model for Cyprus,” Lambrianides said.

He said the organisation looked forward to the second phase of the project, which includes Makarios Avenue, and he thanked Yiorkadkis and the municipality’s team for the completion of the project “that has changed the image of the capital”.

The mayor said that as far back as 2012, he and some friends had taken a tour around the city centre in a wheelchair to see how difficult it was to get around.

“I had promised then that we would rectify this situation,” he said. “For decades large areas of our city and important roads were not accessible to the disabled. We all remember Kallipoleos and Kyriakou Matsi. The absence of sidewalks was tantamount to an almost complete ban on the movement of people with mobility problems.”

But over the years, he added, the municipality had secured EU funding for many projects that were changing the face of the capital “and above all to make it more accessible and friendlier to citizens and visitors alike”.