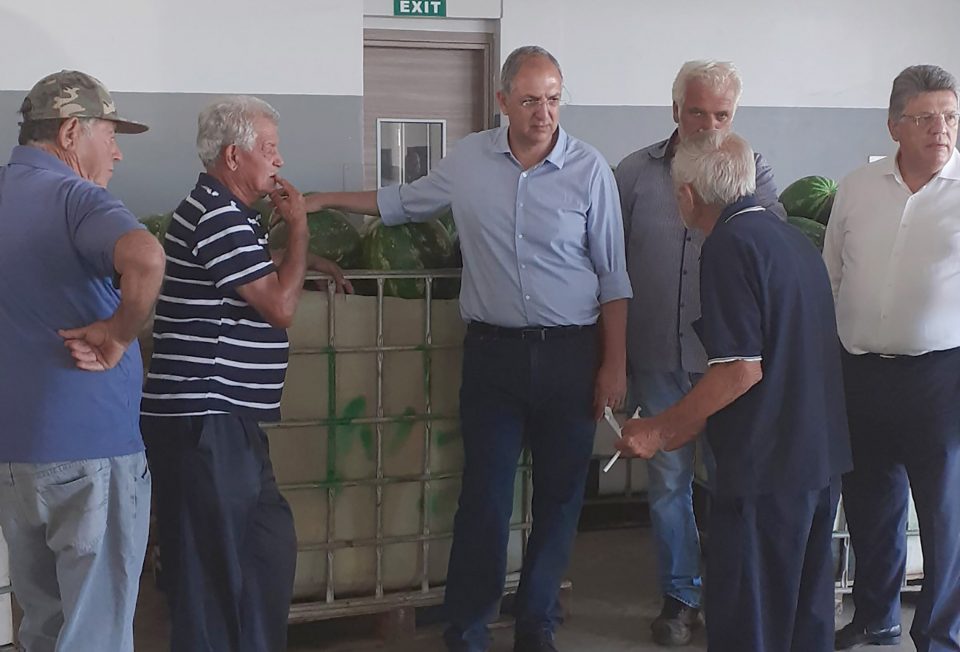 The government will help farmers in all regions, Agriculture Minister Costas Kadis said on Monday while touring the Famagusta district.

In a statement after a meeting with producers at cooperative growers union Sedigep in Paralimni, the minister said that “today was an opportunity to talk to producers, to see the problems and to hear their suggestions on how to manage these problems. It is a fact that due to the measures taken to deal with the pandemic of coronavirus, hotels and restaurants remained closed, the tourism sector in general, with the result that there is a problem with the availability of agricultural products.”

As he did when touring Larnaca on Thursday, he assured the farmers that while two packages of measures have already been implemented, currently additional measures are under discussion.

Farmers who have problems with a surplus of watermelons which would normally be consumed by tourists at this time of the year will get a subsidy to export them, and a relevant proposal will be presented to the Council of Ministers on Tuesday.

Regarding vegetables, Kadis said a recent decision of the Council of Ministers will see €700,000 distributed to vegetable farmers to help them face challenges due to the coronavirus pandemic.

“Together with the agricultural organisations we have started a tour throughout Cyprus and now that the conditions allow it we want to be next to our farmers again, on farms and in the orchards to see the problems up close.”

The first visit was to Larnaca and after Famagusta the minister will visit Troodos and the districts.

Each region has different problems and challenges which will be addressed, Kadis said.

Head of Sedigep Paralimni George Moulazimis thanked the minister who he said “is always by our side when we have losses.”

Coronavirus: Outrage as flight from Turkey allowed into the north (Updated)