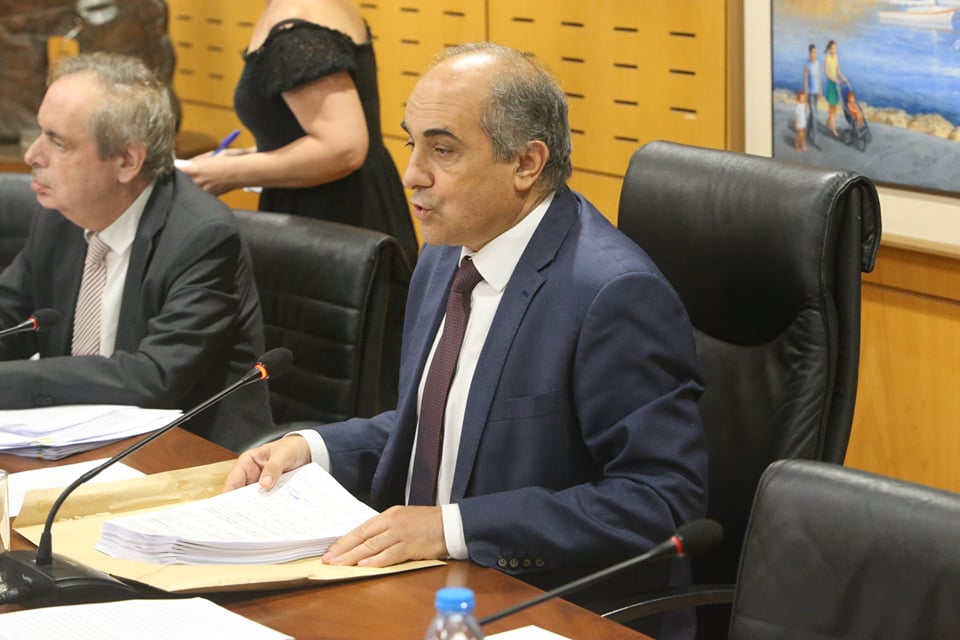 House president Demetris Syllouris said Friday a list including the names of politically exposed persons (PEPs) with loans was unreliable and could not assist any substantive investigation.

Speaking after the first meeting of an ad hoc committee discussing the list, Syllouris said it included ridiculous entries like a non-performing loan of €10, a credit card debt, and loans which had nothing wrong with them.

The list includes data from six banks, Alpha, Eurobank, Hellenic, Bank of Cyprus, Kedipes, and the House financing organisation. The data from five are dated December 31, 2018. Kedipes’ data are not dated.

The House president said his view was that to do a proper job, the list should be updated to include PEPs who guaranteed loans and whether any had received favourable treatment or rates, and those who took money out of the country.

Syllouris said the committee will reconvene on Monday to decide on its final proposal to the plenum. The proposal would be either to publish the list as is or not.

Syllouris said he was against its publication, wondering whether ridiculing someone for a €10 debt was the objective.

“Anyone who sees the list would be embarrassed to bring in experts to analyse it,” he said, adding that no expert would take it seriously.

Syllouris said parliament will ask the central bank to update the list with the information sought by MPs.

Friday’s meeting was initially open to reporters, but it was then closed, and they were asked to leave the room, after the list was handed over to the members of the committee.

The MPs returned their copies at the end of the meeting.

The issue has been going back and forth since prompting suggestions that parties had something to hide.

The House president said he will not have a vote on the matter on Monday. He added that any party insisting on its publication as is should assume the responsibility against potential legal complications.

Syllouris said he had discussed the matter with the personal data commissioner and the attorney-general and the conclusion was that before publication it must be proven that doing so served public interest.

Diko MP Panicos Leonidou said serious infractions must be made public but the rights of others must also be protected.

Solidarity MP Michalis Giorgallas said the list must be processed and not be made public as is while Elam suggested it should be.

Elam MP Linos Papayiannis said even if the plenum decided against publication, his party would seek a legal opinion on whether it could make it public.