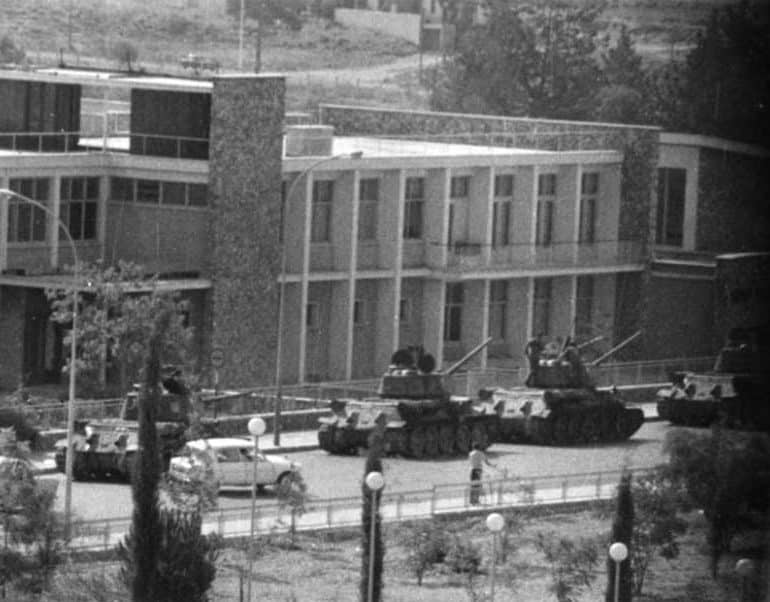 Civil defence on Thursday said it did not operate some of the sirens during the coup anniversary because they were undergoing maintenance.

The statements follow complaints by residents of some areas that they waited in vain for the sirens to sound on Wednesday morning at 8.20am, the time of the coup against President Makarios was launched.

“Of the 175 sirens, 138 we chose to sound, some we chose not to sound,” Civil Defence senior official Nikolas Paris told state broadcaster CyBC radio. He said the sirens were undergoing maintenance but given the coronavirus pandemic, the servicing programme fell three months behind.

“The maintenance programme just started intensively now and we thought not to interrupt that process for this anniversary and to carry on,” he said.

Paris added that they had informed local authorities in the areas that the sirens would not sound.

Main opposition Akel’s Famagusta branch protested on Wednesday that the sirens did not sound in Dherynia, and the villages of Acheritou, Ayios Georgios Vrysoules and Avgorou.

The group said that the sirens that sound each year on July 15 and July 20, when the Turkish invasion began in 1974, was a reminder of those twin crimes” but also “a small token of honour” to the heroes who sacrificed their lives defending the Republic and to the soldiers who fought against the Turkish invaders.

It added that it did not believe the excuse given by authorities that the sirens did not sound in those areas due to maintenance, given that they sound only twice a year.

The party called on civil defence to provide “satisfactory explanations” asking whether “expediencies” lay behind what had happened.

Commenting about this complaint and others, Paris said the system was outdated and needed maintenance that was delayed due to the coronavirus.

“Too much ado about nothing,” he said.

He said that the siren system currently used, which can also broadcast voice messages, is 20 years old and great effort was needed to keep it in top shape.

He added that new technologies exist such as cell broadcasting that provide faster, easier and more reliable information which is a system all EU member states need to install and operate by June 2022.

Commenting on the fact that the sirens are only used to mark the two anniversaries, he said they could be used also for cases of emergencies such as natural disasters.

“I hope we won’t need them for anything else though,” he said.

The sirens will sound also at 5.30am on Monday to mark the time the Turkish invasion began on July 20, 1974.

Teaching skills : how to help children to focus & concentrate