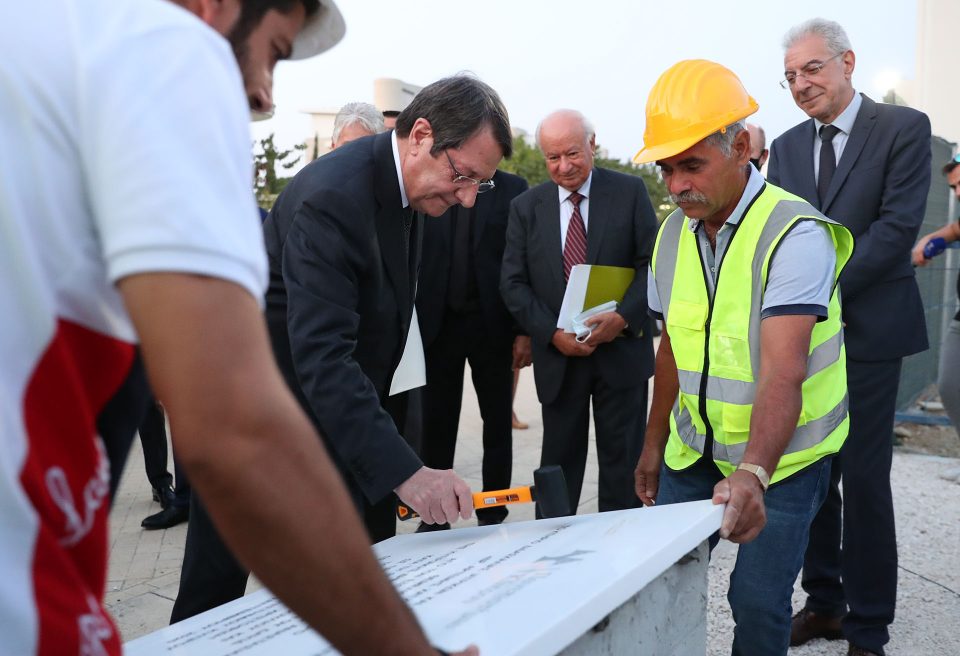 President Nicos Anastasiades on Wednesday night laid the foundation stone for the Department of Medical and Biological Sciences building of the University of Cyprus, reaffirming the government’s will to support and strengthen cooperation with universities.

The building, which will bear the name of Dr Artemis Hadjipanayis, who funded the project with €3 million, was designed by architects KTPCG and will be built by A. Aristotelous Construction Ltd.

The President laid the foundation stone along with a time capsule containing coins and banknotes currently in circulation, newspaper cuttings referring to the building, and other material related to the project.

In his speech, Anastasiades referred to the importance of the University of Cyprus and the efforts of the government to secure the availability of jobs for graduates.

He expressed the certainty that the new building would be fully utilised and constitute a place of creative and upgraded activity for the university.