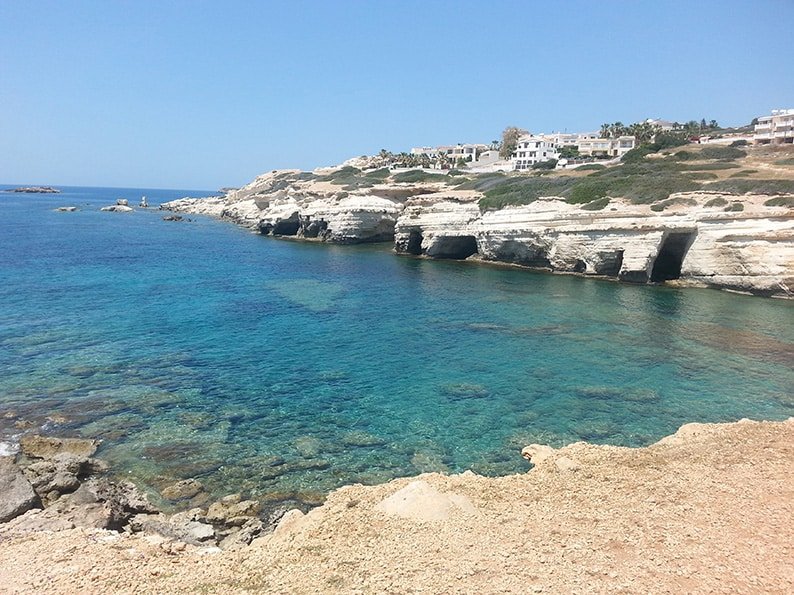 The sea caves at Peyia

The department of environment has ordered the immediate dismantling of part of a public coastal pathway that was built within the protection zone at the Sea Caves in Peyia.

The path is located in front of six villas controversially constructed above a breeding cave of the critically endangered Mediterranean monk seal.

After a visit to the site at “Petres tou Vathi”, the authority found that the concrete path which is approximately 80 metres long, is partly located within the coastal protection zone and was built without the necessary permits, according to Phileleftheros.

The competent authority has written to the municipality of Peyia to advise that it must be removed in a way that protects the habitat, and the rare and protected species of fauna and flora in the area.

“Before the start of demolition works, the department should be informed so that an official of the environment department is present during the works.”

However, Peyia councillor Linda Leblanc noted that the pathway was suggested by the forestry department, the responsible body for the area, and that the very authority, (the environmental services), demanding this action, is the same body that gave the green light for the six villas to be built without any environmental impact study.

“The big problem is that there isn’t any co-ordination between the authorities. The department of agriculture should have carried out a proper study. But what about the enormous environmental damage caused by the six villas built there which have basements right above the sea caves where the monk seals breed. They should never have been built,” Leblanc told the Cyprus Mail on Wednesday.

Prior to the construction of the pathway, the councillors were informed that all nearby residents were asked and supported the move, and officially, the Natura 2000 coast is under the supervision of the forestry department, she said.

“There was a suggestion from the forestry department that either the developer could pay €20,000 to them to create a path, or undertake it himself, or pay €20,000 to Peyia municipality to do the work. He paid the municipality, and the mayor went ahead,” she said.

However, the authority has found that the project started before the necessary environmental impact assessment was evaluated, and without environmental approval or a planning permit.

This has resulted in serious breach of the EU Directive for the protection of nature and wildlife, they said.

“I assumed that since the proposal for the path was from the forestry department, a competent person had studied the area and carried out the necessary checks,” said Leblanc.

It was a mistake to put the path so close to the sea and build it using concrete and metal poles and not materials that complement the environment, such as wooden poles, she said.

However, Leblanc stressed the importance of access for the public, as it is a popular place to walk.

“It calls in to question the independence and competence of the environmental services and these six villas are testament to that,” she said of the latest development.