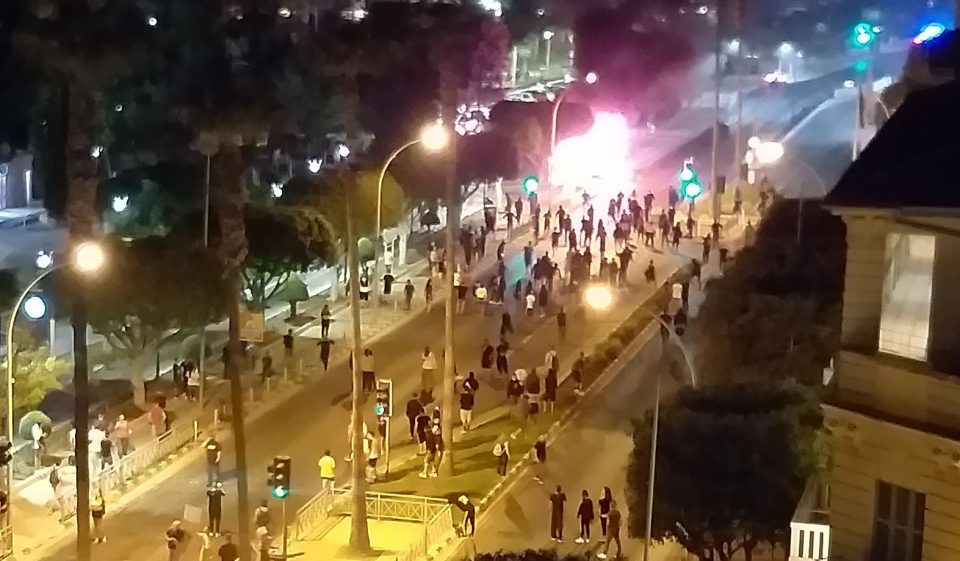 The one hundred or so youths who broke off from the protest in Limassol on Wednesday appeared to have been an organised group, police said on Friday.

So far authorities have not speculated as to which group – if any – the 100 or so rioters may be a part of but police said that nine Molotov cocktails were found in a field.

Speaking on Friday, police spokesman Christos Andreou also said that Molotov cocktails appear to have been fired from teargas launchers.

In total five police officers were injured, two by Molotov cocktails and three by being pelted with rocks. A firefighter was also injured.

Andreou said that there were 80 police officers present as well as rapid response units (MMAD).

But on Thursday, Nikos Loizides of the civil servants’ union questioned how the police operation unfolded and whether more could have been done to protect police.

He noted that a new crowd control vehicle was not used and instead remained parked at the headquarters, among other complaints.

The suspects were arrested in the area around the embankment, Ayios Nicolaos and Enaerios.

A court on Thursday decided the police did not have enough linking the suspects to the riot and so they were released.

The trouble kicked off at around 7pm on Wednesday, during a protest against government measures to stop the spread of the coronavirus, corruption and other grievances.