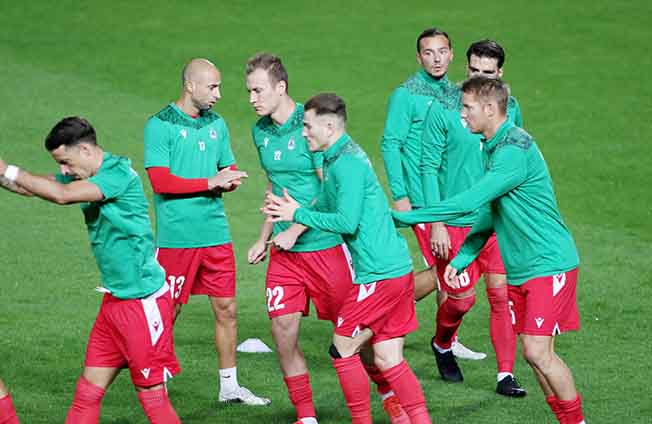 Omonia are in Spain to take on Granada on Thursday night (10pm) in the Europa League’s fourth round of group stage games.

Omonia are currently bottom of Group E with just a single point. Granada lead the group with seven points, followed by Paok Salonika in second with five points and PSV Eindhoven in third with three points.

It remains to be seen what changes to the starting eleven Omonia manager Henning Berg decides to make, especially after his admission that the priority for the club is to succeed in the domestic league and cup competitions.

While this may be true, the monetary reward involved in drawing or winning a Europa League match is not to be scoffed at, especially for a Cypriot club, so that would be a source of motivation in and of itself, regardless of the chances Omonia have of qualifying. A win in the group stage pays €570,000, while a draw brings €190,000 to each club involved.

Granada haven’t been in the best form domestically, losing their last two games against Valladolid and Real Sociedad respectively, and drawing with Levante before that. The club are currently in sixth place in La Liga, nine points from the top with one game fewer than leaders Real Sociedad.

Unfortunately for the Spanish side, they will also have to do without the services of midfielder Ángel Montoro Sánchez, who suffered a fracture to the base of the fifth metatarsal in his right foot during the game against Valladolid.

Speaking before the game, Omonia manager Henning Berg acknowledged the difficulty of the challenge ahead, while also maintaining that the two previous Europa League encounters were closer than the results would point towards.

“Granada are a very good team. We were competitive in the first game and the result could have been different. We have to be good defensively and play quickly so that we can score. They are a team with good physical attributes, they have quality and this will be a good test for us”, said Berg.

“It’s difficult to qualify. Even if we drew in the previous games it would still be difficult. We came here to learn and try and to react to Granada’s level which is higher than the one we play in”, Berg added.

A snapshot of Omonia in the Europa League so far

The Cypriot side rank in the bottom five teams of the competition for average ball possession in their first three games, reflecting the passivity and counter-attack-focused nature of their set-up.

The above point is reinforced by the number of total passes Omonia have made (904), the third-lowest among Europa League clubs.

Omonia tend to remain compact in a low-block configuration, refusing to be drawn out of shape so that the opposition can exploit potential gaps between the lines. On average, Berg’s side allows the opponent to exchange 16.75 passes before losing possession through a defensive action.

Conversely, when Omonia have the ball, possession tends to get lost after a fairly short sequence of passes, since the Nicosia side exchange an average of 7.02 passes before they lose the ball through a defensive action from the opposition.

Where Omonia rank higher among their Europa League rivals is in the number of total 1v1 dribbling attempts. Omonia’s 99 attempts put them amongst the top eight sides in this regard.

Unfortunately, in terms of the success percentage of this particular statistic, Omonia are in 31st place with 50.5 per cent. Interestingly, this is just one position below Granada themselves, who have 50.6 per cent, albeit from 22 fewer attempts.