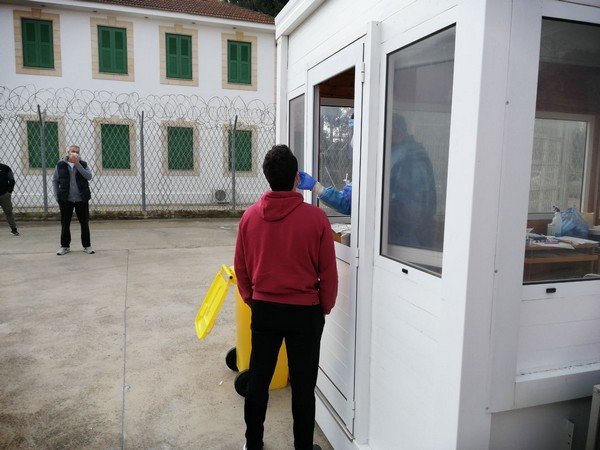 A visitor to the prison being swabbed

The prisons department confirmed on Friday that three members of staff and two inmates had tested positive for the novel coronavirus but said the fallout was minimal.

Specifically, they said the three workers who tested positive did so after community contacts were confirmed. The cases were not linked to the prison itself.

Two of those who tested positive were also off-duty at the time while none of the three staff members had contact with inmates.

The one person who had been at work is said to have had limited contact with other personnel, who have since also undergone tests.

As for the two inmates, they were being cared for at the Athalassa hospital.

In their announcement, the prisons department said that due to the sensitive and vulnerable nature of the facility strict protective measures have been in force since the beginning.

It was further stated that since the outbreak began in March until Friday, a total of 1,463 coronavirus tests were carried out by members of staff and inmates, of which 1,236 were PCR tests and the rest were rapid tests.

Coronavirus: price cap for PCR tests lowered to €55 plus VAT