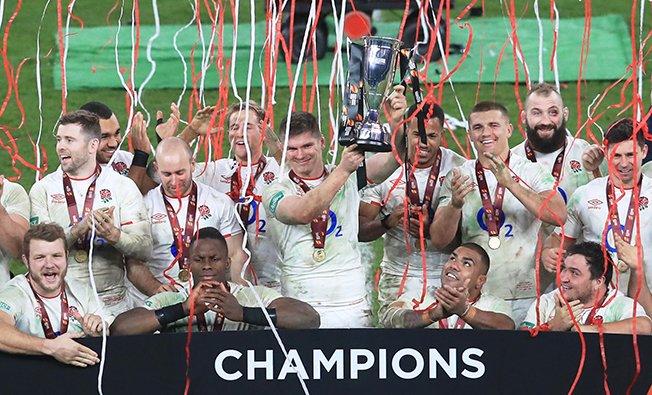 Coach Eddie Jones accused the British media of “disrespecting the players and the game” on Sunday after facing repeated questions about England’s playing style en-route to winning the Autumn Nations Cup.

England beat France 22-19 at Twickenham with a sudden-death extra-time penalty by Owen Farrell and though Jones said himself that his team had not been at their best and lacked sharpness, he ran out of patience when asked whether he was giving regular instructions to flyhalf George Ford to kick the ball rather than try to set his backline in motion.

“You think I’m calling out to him every time he gets the ball? Don’t ask stupid questions,” he told journalists. “That’s what the game demands. If we get turned over 30 times and get beaten, you guys will ask why we didn’t kick it more.

“The game goes through cycles, it’s an evolution, don’t get so worried about it – I find it all a bit childish all this talk.”

Sunday’s match certainly had the 2,000 fans allowed in on their feet as a confident, youthful France took it to the hosts, who battled back strongly and eventually came through in the hugely exciting finale.

However, much of England’s play in the previous wins over Georgia, Ireland and Wales had been strictly functional, with Jonny May’s brilliant individual try against the Irish a rare backline high point in matches dominated by kick and chase tactics.

“We’re trying to win and trying to find a way to do it, to get the ball close to opposition goal line and at times the easiest way is to kick the ball. Would we like to run it more? Possibly yes, but not if we are not going to win games.”

Jones has spoken regularly about the challenge of playing at the moment with a lack of space and the high risk of losing the ball at the breakdown but ran out of patience on the issue at the end of his news conference.

“I think you are being entirely disrespectful of the players,” he said. “I think rugby needs to be positive at the moment, it’s a tough time for the sport and tough time to play.

“When you consider these players are coming off a club season without a pre-season, it’s disrespectful to the players and sport and think you should try to create a much more positive picture. I find it quite annoying.”