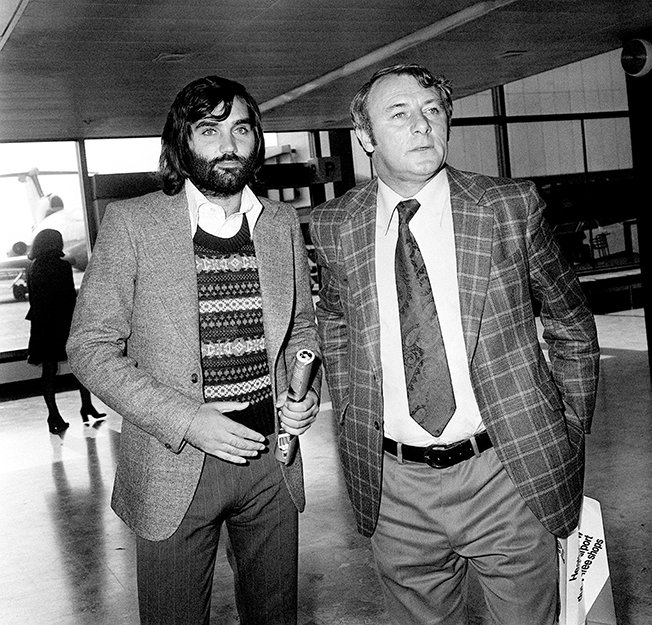 Former Manchester United and Scotland manager Tommy Docherty, popularly known as ‘The Doc’, has died after a long illness at the age of 92, his family announced on Thursday.

The much-travelled Docherty managed 12 clubs – including Chelsea and Aston Villa and a stint in Australia – after a playing career that included 25 caps for Scotland between 1951-59 and more than 300 games at Preston North End.

“We are deeply saddened by the passing of Tommy Docherty, who led us to FA Cup victory in 1977 with a thrilling, attacking team in the best traditions of Manchester United,” United said on Twitter.

Docherty was at Old Trafford from 1972-77, replacing Frank O’Farrell, with the 2-1 FA Cup final victory over Bob Paisley’s Liverpool a highlight along with winning the second division title.

The Glaswegian was sacked in 1977 after an extra-marital affair with the wife of the United physio, whom he went on to marry.

“For about four to five years, we were an unbelievable side and that was all down to The Doc,” former United player Sammy McIlroy told Sky Sports news.

“It took him a little bit of time to get what he wanted, but when he got the team, we were very, very attack-minded. The fans loved it at Manchester United.

“Everyone attacked, everyone defended. If the opposition scored two, we scored three… the words he used most in his team talks were ‘please the fans, excite the fans’.”

Docherty was also famed for his ready wit and acerbic one-liners, joking that he’d had more clubs than golfer Jack Nicklaus.

“He said he was right behind me so I told him I’d rather have him in front where I could see him,” he once said of the late Aston Villa chairman Doug Ellis, who sacked him in 1970 after 13 months in the job.

The Scottish FA said in a statement that it was deeply saddened by the passing of a man who had “a profound impact on the game.

“Football has lost a tremendous personality in Tommy Docherty. He was tenacious on the park and a great leader off it,” said Scottish FA President Rod Petrie.

“Tommy was a regular in the Scotland side in the 1950s that qualified for two World Cups, and his record as Scotland manager was impressive, albeit cut short by his decision to take the Manchester United job.

“He was on record as saying that the biggest regret of his career was leaving his Scotland managerial role and, looking at the results and performances he inspired, it is hard not to wonder what might have been had he remained.”

Chelsea, with whom he won the League Cup in 1965, hailed Docherty as a “legend of our game”.

Our View: the only certainty in 2021 will be more uncertainty