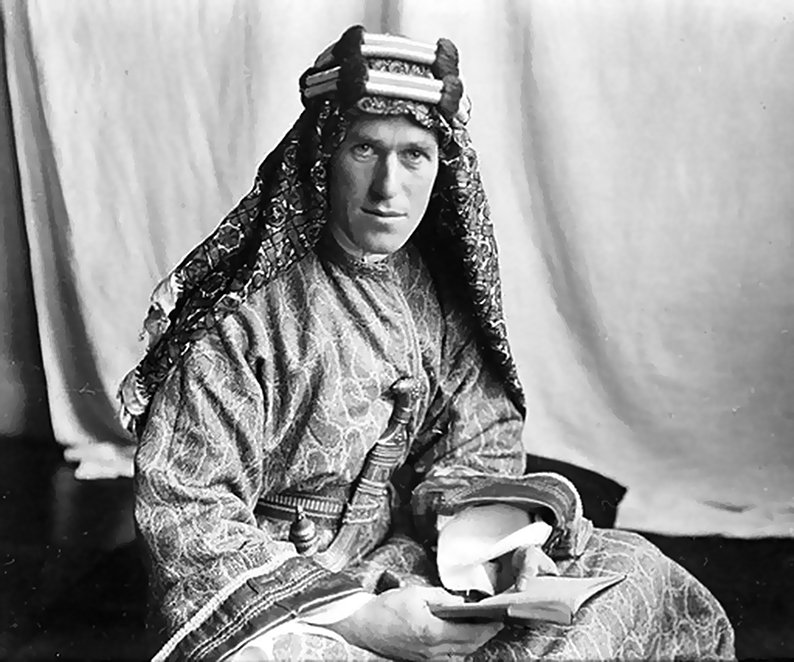 In one of his first policy statements, Donald Trump has promised to reverse one of the longest held foreign policy pillars of the West by stating his intention to withdraw from conflicts to bring about regime change, particularly in the Middle East, in countries that do not subscribe to democracy.

Two of the most serious threats that face the United States and its European allies are terrorism and the refugee crisis. Both have been long in the making, and for both the West itself is largely to blame if one looks at their causes.

Since the countries of Western Europe began expanding their spheres of interest more than three hundred years ago, one assumption guided their policies and actions. That is: that their level of civilisation, culture, religion and their political systems were superior to those of all the peoples with whom they started to trade, and eventually subdued, through conquest or otherwise, as they established their colonies and empires.

The fall of the Ottoman Empire is key to understanding today’s Middle East. During and after the First World War the Western powers redrew the borders of the Middle East, ignoring the needs, culture and history of the inhabitants. The consequences are today’s Islamic terrorism, the battle between Israelis and Palestinians, revolutions as the aftermath of Western-backed wars and the ongoing disaster in Syria.

Perhaps the best example of Western interference and duplicity during the First World War was the egg dance around Palestine/Syria. Two distinct and conflicting promises were made by Britain, and a third agreed between France and Britain, and enforced upon the region and its peoples.

Firstly, TE Lawrence (Lawrence of Arabia), with the support of the British government, promised Crown Prince Faisal, son of Sharif Hussein of the Hashemite clan, that he would become ruler of a large Middle Eastern caliphate if he supported the British war effort to expel the Ottomans from the area by organising an Arab revolt against Ottoman rule. Faisal kept his side of the bargain, but was simply ignored after the war – to the mortification of Lawrence.

In accordance with a secret agreement in 1916 between Sykes (a British diplomat) and Picot (on behalf of France), the area was divided between the two victorious powers with the agreement of Russia, again with no reference to the wishes or needs of the local population. This agreement was largely implemented after the war, placing Syria and Lebanon under French rule, while Britain eventually took possession, inter alia, of Iraq, and under a League of Nations mandate, of large parts of Palestine, including what is today Israel.

Then, through the Balfour declaration of May 19, 1917, the British declared their intention of establishing a Jewish state in the then Palestine. This promise was kept with the establishment in 1948 of the Jewish state. The Arab sense of betrayal stemming from these events remains acute to this day.

During the Cold War years the West, and in particular the United States, used the Third World countries to fight a proxy war against the Soviet Union by supporting ruthless dictators throughout the recently independent Middle East, providing them with weapons and financial support – as did the Soviet Union with its client states. Large oil deposits in the area also shaped the West’s actions aimed purely at self-interest.

After the fall of the Berlin Wall and the Soviet Union, the US, as the only superpower, embarked on a mission to recreate the Third World in its own image, with the events of 9/11 providing impetus and giving the hawks an excuse to attack suspected supporters of terrorism. The United States decided to unseat the – admittedly unsavoury – dictator Saddam Hussein by going to war. George W Bush spoke of regime change for the ‘establishment of democracy’ to justify this action in which he was supported by much of the West and some Arab states. The result is havoc in Iraq and the region. Instead of democracy, in the Western sense, murder and faction, ethnic and religious battles reign, alongside the so-called ‘War on Terror’.

Enter Obama. During his run for the presidency in 2008, President Obama campaigned on the promise of ending America’s involvement in foreign wars. He did indeed withdraw American troops from Iraq (at least partially) and concentrated, rightly so, on fighting America’s self-declared enemy, Al Qaeda, in Afghanistan. Then ISIS took over the mantle of chief adversary of the West, and so the US and its European allies justifiably made war on a movement whose declared purpose is the destruction of the West.

The dictators had by this time become superfluous to the military needs of the US. Various groups in Middle Eastern countries saw in this the opportunity to get rid themselves of the dictators. A clamour arose from the left in America and Europe demanding support for these groups’ ‘quest for freedom and democracy’. President Obama, perhaps against his better instincts, complied, and decided to support what were essentially terrorist groups, trying to induce regime change in several Middle Eastern countries.

However, when dictators such as Gaddafi in Libya, Mubarak in Egypt and others elsewhere were overthrown with Western support, democracy did not follow, but anarchy, death and destruction instead. Still the lesson was not learnt, and the US was persuaded to take part in an effort to overthrow the dictator Assad in Syria.

Again they were drawn into domestic infighting in a sovereign state, instead of fighting their legitimate and declared enemy, ISIS. This time, however, the victim had a powerful ally: Russia. Death and chaos on an unprecedented scale sent waves of desperate war refugees swamping Europe from Syria, Afghanistan and Iraq, while the destruction of the Libyan state opened the door to migrants from Africa, who could easily reach Europe through nearby Italy.

New recruiting possibilities for terrorists opened up in the midst of this chaos, making violent attacks in Europe an almost everyday occurrence.

Only his track record in a year’s time will reveal whether Trump can deliver on his momentous promise of non-interference in other states’ internal affairs. If so, he will reverse a trend that has led the West over the last century to cause, by its own actions, the quandary it finds itself in with overwhelming numbers of refugees and unchecked terrorism within its borders. Few give Trump the benefit of the doubt at this stage, but in view of the seriousness of the protracted conflict in the Middle East, his intention at least signals a welcome departure from the status quo. Trump’s latest announcement of considering lifting sanctions against Russia in exchange for Russian support in the fight against ISIS in Syria points in this direction.

Johan Adler is a South African columnist, a former diplomat and businessman

Everybody take a Valium