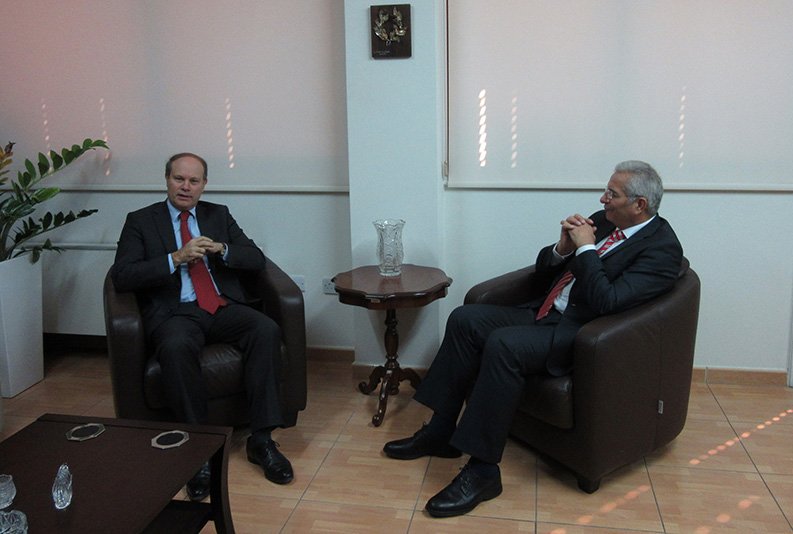 The United Nations Security Council will have a crucial role to play in the Cyprus negotiations when the time comes, French Ambassador to Nicosia René Troccaz, said on Monday.

In statements after meeting Akel leader Andros Kyprianou, Troccaz reiterated his country’s support for a solution.

“We want a proper solution, which will be compatible with the acquis communautaire,” the ambassador said, adding that “this is very important.”

“The United Nations Security Council will have its role to play when the time comes and this is key,” he said. It is not “an option, it is something which is imperative.”

UN Special Envoy to Cyprus Espen Barth Eide on Monday briefed behind closed doors the UN Security Council on the latest developments on the Cyprus problem.

On Sunday, Russian ambassador to Cyprus Stansilav  Osadchiy said in an article that the current system of guarantees, set up in 1960 when the Republic was established, should be abolished.

“A lasting basis for a peaceful arrangement in Cyprus could be the guarantees of the United Nations Security Council,” the Russian ambassador said. “As part of this, Russia, as a permanent member of the UNSG, confirms its readiness to be actively involved towards a solution of the Cyprus problem.”

Greek Cypriots want the system, which Turkey used to invade the island in 1974, abolished and all troops withdrawn.

Turkish Cypriots on the other hand, want the system to remain in place, at least temporarily, until the solution is proven to work.

Reports on Monday said Greek Foreign Minister Nicos Kotzias has tabled two proposals that could settle the matter: an agreement for the temporary stationing of troops and a friendship pact between Greece, Cyprus and Turkey.

The friendship pact would replace the treaty of guarantees, ensuring that no country has the right to intervene in the other’s domestic affairs for any reason.

The troop agreement provides for strict timeframes, the procedure and the supervision of the withdrawal of the Turkish forces from Cyprus.

It also says that Turkish troops would have no role whatsoever post solution.

The proposal provides for withdrawal of the bulk of Turkish troops on the first day or week and a constant departure flow thereafter according to a strict deadline.

Citing unnamed Turkish Cypriot sources, the paper said Ankara was not happy with Akinci submitting a map in Geneva earlier this month because it took away a bargaining chip.

Politis said territory was something the Turkish side wanted to use to barter with rotating presidency, which was now transferred to the issue of security and guarantees.

But according to Politis, Erdogan is also concerned over what appears to be Akinci’s desire to wean the north off Ankara, supporting the Greek Cypriot position that Turkey’s presence in the north should have an expiry date, if all goes well.

Chelsea stretch lead at top of table with win over Hull