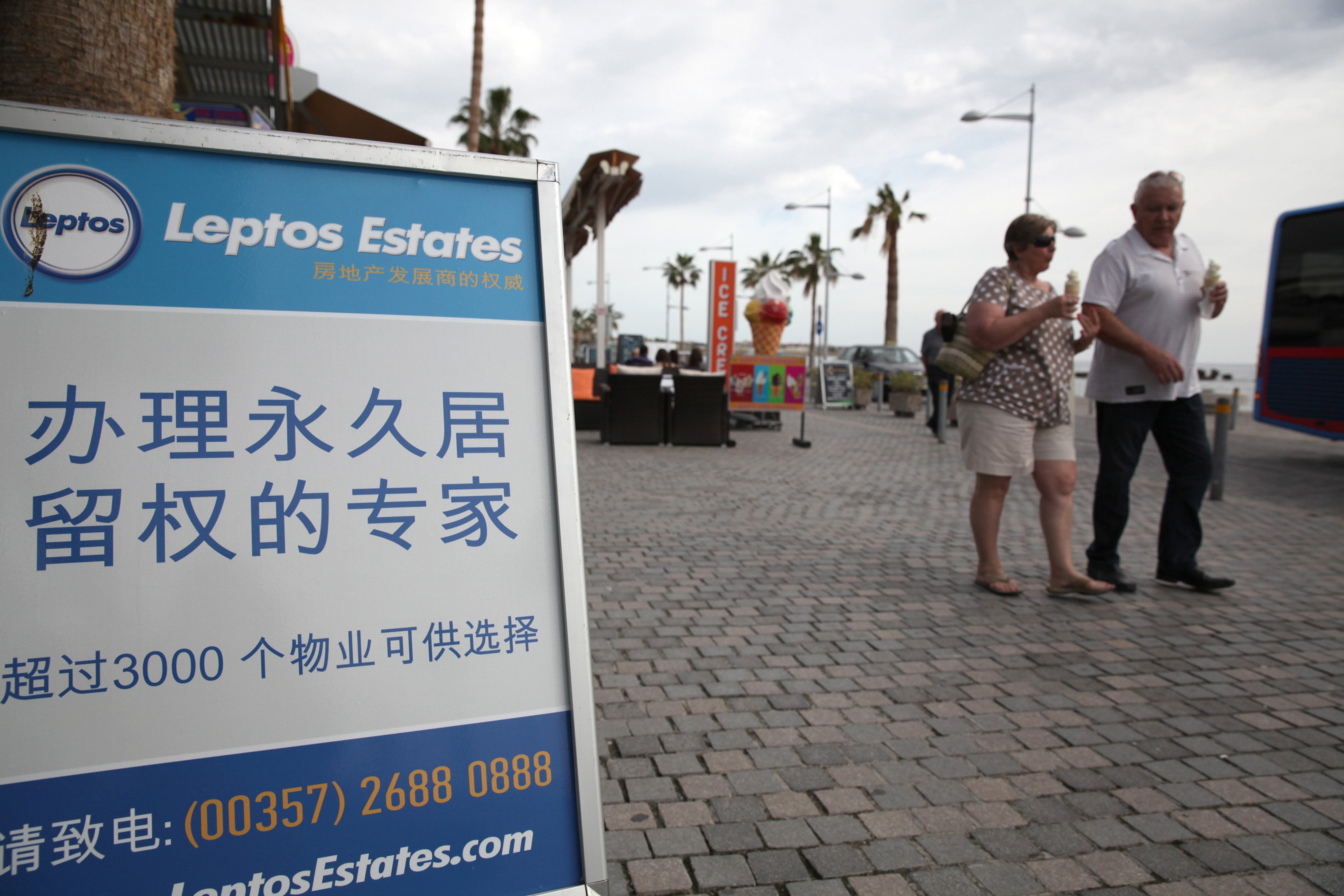 Cyprus’ controversial citizenship-for-sale scheme will ultimately cause a drop in property prices and lead to stricter EU oversight for citizenship requirements, property experts have warned.

Two months after the notorious ‘haircut’ Eurogroup decisions of March 2013, the scrambling government rolled out a citizenship-for-investment programme, which aimed to ease the pain of wealthy foreign depositors who saw millions of their money converted into equity, and to bring in desperately needed cash in the short-term.

Almost four years on, the policy has proven so successful that the government has openly taken back its pledge that it would be a temporary measure to address immediate liquidity concerns. According to Interior Minister Socratis Hasikos the scheme had brought in close to €3.5 billion in foreign investment by the end of 2016.

The Cypriot passport ranks among the strongest in the world, allowing holders to travel to 146 countries without a visa, crucially including all European Union member states.

But a clause in the scheme’s terms and conditions that allows investors to sell the house they bought after three years may spell trouble, valuer and property consultant Antonis Loizou thinks. The government policy has created a market, and the market sparked an industry. Large tower blocks are being built to cater specifically to the same people the government policy aims to attract, and they are selling out fast.

“What will happen after these three years if at least 50 per cent [of investors] place their units on the market at discounted prices?” Loizou wrote in an article last week headlined ‘Worries regarding overdoing it’.

In it, he argued that the government’s incentive is creating a distorted market, marked by oversupply in such high-end residences and purchases by people who don’t really want them and have no intention of using them, which, given the right (or wrong, as the case may be) circumstances, might crash.

“What will this cause to existing and even other projects being developed and the units that will be ready at the time?” he asked.

Loizou thinks the bubble which has been inflated over the last three years is likely to pop soon, as many of the first investors to take advantage of the scheme reach the three-year release clause for property ownership. A wave of high-end residence sales, he figures, will leave neither the broader housing market, nor the banks financing the construction of these projects, unaffected.

But Akis Kyradjis, vice-president at financial advisory Arton Capital, which consulted the government in its latest revision of the citizenship-by-investment rules told the Sunday Mail that such a scenario was highly unlikely to emerge.

“It is important to have in mind that the people in question are high net-worth individuals with multiple home ownerships,” he said.

“In the event that they decide to sell and the price offered to them is below what they paid or expect, they will simply not sell.”

A half-million investment is insignificant to these people, he noted, and the main reason they might decide to sell is if the price has in fact gone up.

However, a plateau in the prices of A-class beachfront properties – which make up the bulk of these purchases – can reasonably be expected, Kyradjis added.

“We expect prices to remain at their current levels in the short to medium term,” he said.

The assessment of economic risks notwithstanding, though, an even more worrying threat looms over the government’s golden-ticket policy. While several EU countries such as Malta, Spain and Greece have similar schemes in place, European institutions seem to have singled Cyprus out as the black sheep of the family.

Part of the problem is that Cyprus introduced the scheme on the promise that it was a temporary response to the island’s economic woes, a pledge the government has since flatly reneged on – and actually went the other way, further relaxing eligibility criteria.

This was acknowledged by Hasikos last December, when he angrily censured fraudulent online advertisers for promising foreign investors Cypriot citizenship for as little as €800,000, citing their relationship with the minister.

“We went through hell and back to keep the scheme alive, and we will keep it going,” he said.

“It’s not always clear if the applicants do not have a hidden agenda which may be risky from a security point of view.”

But objections voiced from the European parliament and the European Commission centred on the principle of ‘genuine link’, meaning foreigners should be rewarded for investing in a country if there is a demonstrable connection – business or personal. Cyprus’ rules allowed for a foreigner to qualify for naturalisation by buying a €2-million house while never even setting foot in Cyprus.

In response to a question from the European parliament in January 2015, the commission’s justice commissioner Vera Jourova said as much.

“The commission has stressed that it expects member states to use their prerogatives to award citizenship in a spirit of sincere cooperation with other member states and the EU,” she said.

Jourova said that it appeared that only Cyprus was granting naturalisation in return for investment alone, and the commission was “pursuing a dialogue with the Cypriot authorities on this issue”.

In response last September the Cyprus government introduced a requirement that investors are granted residency first, and then full citizenship – all through a ninety-day, fast-track process. The government argued that the three-month residency aspect satisfies the ‘genuine link’ criteria, and insisted that its vetting process is extremely detailed, involving not only domestic but international agencies.

Loizou believes the EU’s objections are likely to end up in additional requirements slapped onto Cyprus’ rules, but Kyradjis once more disagrees.

“Pressure from the EU is coming mainly as the result of competitors’ actions and less as the result of EU concerns,” he said.
“The European Commission translated the [European] parliament’s concerns into a requirement for the granting of citizenship to be preceded by residency which, they said, would create a ‘genuine link’.”

In Arton Capital’s opinion, he added, anyone who opts to risk more than two million of his money is doing so on the basis of a pretty strong link with the EU and the country.

According to Kyradjis, the granting of residency or citizenship in exchange for economic benefit to the hosting country has been a “time-honoured tradition” since the time of the Roman Empire.

“One will have to explain how millions of Indians, Pakistanis, Turks, Algerians etcetera, found their way into Western Europe,” he argued.

“The only difference now is that countries need investment capital, while in the 1950s and 60s they needed human capital.”