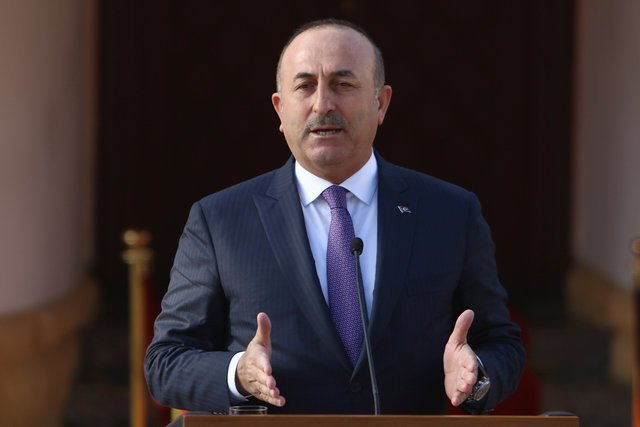 Neutral Switzerland risks getting swept up in Turkey’s political row with European countries as Swiss authorities weigh how to handle Turks’ requests for asylum and a call to ban a rally on Sunday by Turkey’s foreign minister.

The government was keeping a low profile on Thursday, saying only that it was reviewing a request by financial capital Zurich to block a planned weekend appearance by Foreign Minister Mevlut Cavusoglu for security reasons.

The Hilton hotel booked for the rally cancelled the event, saying organisers could not ensure the safety of guests and visitors.

It comes amid a series of speaking engagements to galvanise support among the Turkish community for President Tayyip Erdogan’s bid to increase his powers in a referendum on April 16.

The foreign ministry declined to comment on media reports that several Turks with diplomatic passports, including the second-ranking envoy in Bern, had sought asylum after President Tayyip Erdogan’s crackdown in the wake of a failed coup last year.

The State Secretariat for Migration, which handles asylum requests, said it does not comment on individual requests for refugee status. It referred instead to a government response this week to a parliamentary query on the matter.

That note said 408 Turkish citizens had sought asylum since the July coup attempt, including some holders of diplomatic passports. It said it could not comment further on the “very few individual cases” among diplomats for fear it could give away their identities.

Turkish embassy officials in Bern were not immediately available by phone and did not respond to an email seeking comment.

During a visit to neighbouring Germany on Wednesday, Cavusoglu accused Berlin of hostility towards his country and Islam as acrimony between the NATO allies showed no sign of abating.

On Thursday, Chancellor Angela Merkel told Turkey to stop comparing the German government to the Nazis over the cancellation of Turkish ministers’ rallies in Germany, only for Cavusoglu to repeat the comparison.

Ankara is furious over the cancellations. Germany has said the rallies can go ahead if the organisers respect local laws, but has cancelled several rallies, citing security concerns.

In Austria, the interior minister said this week he wanted to change legislation to permit a ban on foreign officials making speeches in Austria if human rights or public order were threatened, a move aimed at Turkish politicians.

Top 3 skills for IT recruiters