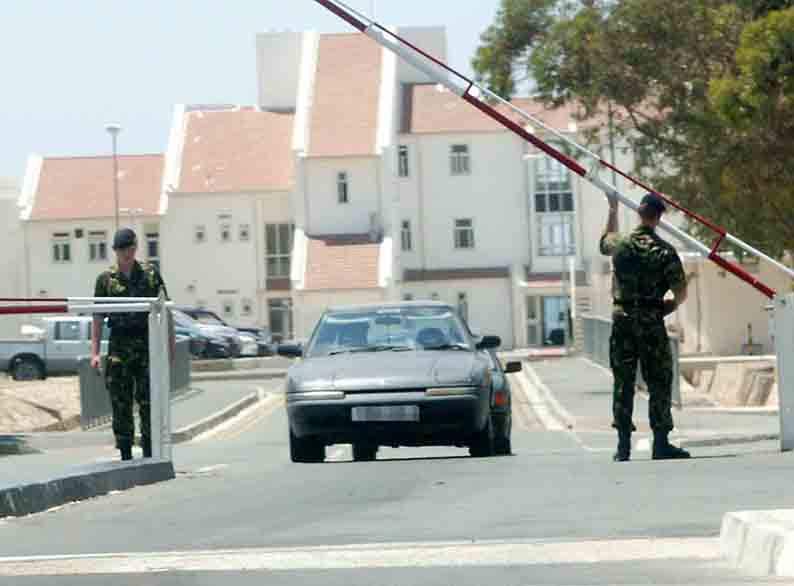 The UK will work closely with Cyprus as with the rest of the EU member states as part of negotiations to leave the bloc while protecting common values, British High Commissioner to Cyprus Matthew Kidd said on Friday.

Two days ago, the UK triggered Article 50 of the EU’s Lisbon Treaty, to leave the club it joined in 1973, as per popular demand, following last June’s referendum where 51.9 per cent of British voters opted to leave the EU.

Prime Minister Theresa May’s notice of the UK’s intention to leave the bloc under Article 50 was hand-delivered to EU Council President Donald in Brussels on Wednesday, triggering a two-year exit process.

“Today the president of the EU Council is starting the process of agreement between the 27, the guidelines from their side to define how negotiations will go,” Kidd said.

“We hope that we can all agree to make this a constructive negotiation in which all of us can decide how to continue to project and promote the European values we will continue to share, on the prosperity, and security that we will all want to continue to promote,” Kidd said.

The UK, he said, will be leaving the European Union but not Europe, and that means that shared values will continue to apply to both.

“Not leaving Europe also means continuing to value the bilateral relationships that we have with EU member states and with the rest of the world. That will mean attaching more value to some of the other groups and networks that we belong to, including the Commonwealth,” Kidd said.

He added that the British government hopes to make an early priority of the issues that will directly affect citizens and businesses and stressed the importance of trying to achieve clarity for them “as early in the process as we possibly can”.

As regards Cyprus, Kidd expressed his conviction that the negotiations matter a lot to the island due to the extent to which the country’s economy, population, education and other links are closely interlinked with those of the UK.

“So, we will want to work with Cyprus as part of developing our negotiating positions and because we do believe that the outcome can be and should be one which protects what currently exists which is of value to us and to them,” he said. This, he said, “can be reflected in some sort of new deep special partnership which doesn’t exist anywhere else in the world between any group of countries at the moment, but which will be able to be developed among the 28 of us because we start with so much in common that we will want to protect them and develop further”.

The status of British nationals living in Cyprus or of Cypriots living in the UK is not expected to change as it is based on bilateral agreements the two countries signed prior to the island’s EU accession. In addition, whatever is not covered by relations or treaties between UK, Cyprus and the EU, is covered by the World Trade Organisation’s agreements.

On Wednesday, the EU 27 included an arrangement on the situation of the EU citizens who live or work in the British bases in Cyprus, into the negotiation principles set up by the Council of Permanent Representatives and presented by European Council President Donald Tusk.
The provision calls for the recognition of Cyprus-UK agreements which are compatible with EU law, especially with regard to the situation of EU citizens who live or work in the Base Areas, under, paragraph “12” of “Chapter III” for the orderly withdrawal of the UK from the EU.
“The Union should agree with the United Kingdom on arrangements as regards the Sovereign Base Areas of the United Kingdom in Cyprus and recognise in that respect bilateral agreements and arrangements between the Republic of Cyprus and the United Kingdom which are compatible with EU law, in particular as regards the situation of those EU citizens resident or working in the Sovereign Base Areas,” it said.