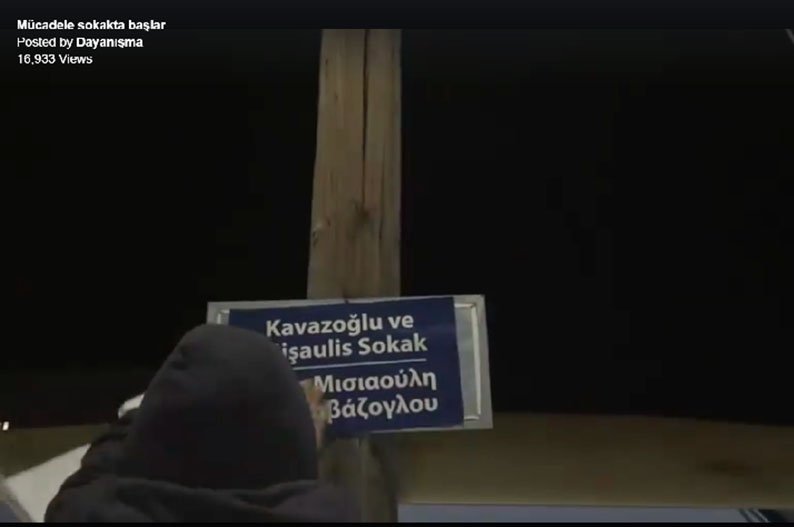 Street signs are being renamed with stickers in the north of Nicosia, by Turkish Cypriot left-wing activists, it emerged on Friday.

The group Dayanisma (Solidarity), posted on their Facebook page a video showing a group of activists placing large stickers over street signs in areas of Nicosia.

The action was done in solidarity with the Greek Cypriot movement ‘Left Movement – We Want Federation’, which carried out the same action on the Greek Cypriot side a week ago, targeting streets in Aglandjia and Kaimakli.

“We will replace the invasion and the drums of war with equality and peace – The struggle begins in the streets,” the Turkish Cypriot movement said.

One of the street signs was given the name of the Greek Cypriot left-wing activist and educator Kostis Achniotis, who recently died due to health problems. Achniotis was the initiator of the Cypriot alt-left and a supporter of the bi-communal struggles for peace and the reunification of the island.