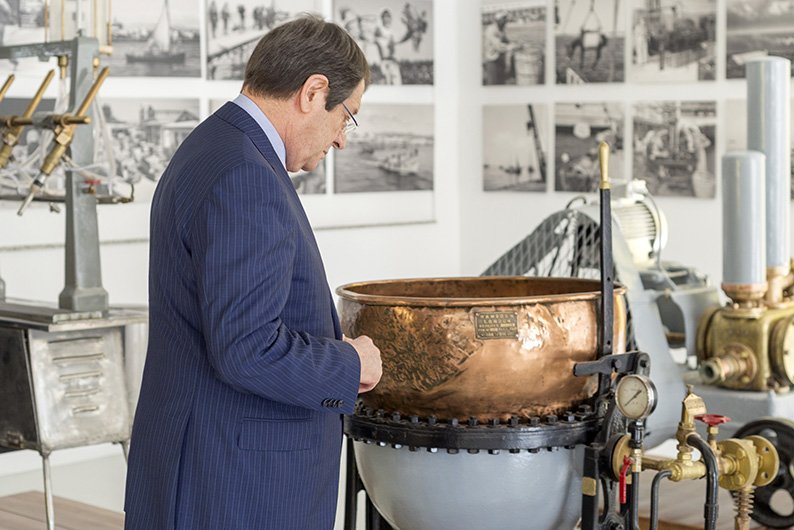 Being in the minority in parliament means that the government cannot implement any radical ideas and reforms, President Nicos Anastasiades said on Saturday, adding that this was why it could not be accused of electioneering.

Speaking at the opening of the industrial museum of the Limassol chamber of commerce and industry, Anastasiades said he hoped that consultation with political parties would allow the implementation of the plan to create three under-secretariats, which “will decisively contribute to economic growth”.

Τhe portfolios of the under-secretariats proposed by the government are shipping, tourism, and growth and competitiveness.

Currently supported only by Disy, which boasts 18 MPs in a parliament of 56, the government has to rely on support from opposition parties to promote its agenda. In the 2016 elections to the legislature, main opposition Akel elected 16 MPs, Diko nine, Edek, the Citizens’ Alliance, and Solidarity, three each, and the Greens and Elam two each.

“The parties know full well that we are not at all concerned whether passing the laws required to create the three under-secretariats will coincide with the presidential elections [in February next year],” Anastasiades said.

“Any concerns that this might be an attempt by this government to expand its support are baseless.”

What matters, he added, was whether “we can jointly address a series of measures that must be taken, but cannot be taken without parliamentary support – whether they be reforms in public administration, local government, or radical reforms required by the country, the economy, businessmen, and, ultimately, employees themselves”.

“But no one can accuse us of being driven by electioneering – these things are said, they are part of the political game – because it is well known that we have no parliamentary majority,” he said.

“Therefore, without support by other political parties, the government will not be able to implement any radical ideas, for which the sum total of the political world would be credited.”

In the same speech, Anastasiades also commented on the recent failure of a contest for the technological park in Pentakomo, expressing hope that his recent visit to India might revive interest in the project.

“The new contest will be announced in the coming days, in hopes that the recent visit to India might give a country that excels in technology and research the opportunity to exhibit the interest we sought, through the contacts we had, so that we can finally see hubs that can create technological growth and research in our country,” he said.

Screening of local film for local cause