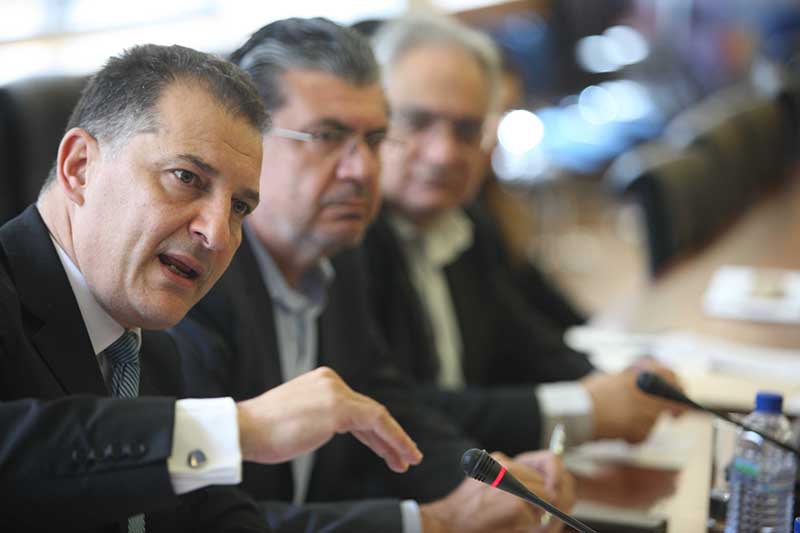 Cyprus is determined to press forward with its energy plans irrespective of any Turkish provocations, energy minister Giorgos Lakkotrypis reiterated on Tuesday.

He was speaking to reporters following a closed-doors briefing to MPs on the state of play regarding the government’s offshore hydrocarbons programme.

Asked about the dispatch of the Turkish seismic survey vessel Barbaros Hayreddin Pasa, as well as Turkey’s naval military drills off Cyprus, Lakkotrypis said these moves would not perturb Nicosia.

“The answer is clear… the procedures regarding our energy programme are not affected,” he said.

“Turkey is provoking us and will continue to do so, but we shall continue doing the self-evident, which is to exercise our sovereign rights, no more, no less.”

He added that French multinational Total would proceed with its first exploratory well in Block 11 in July as scheduled.

And ENI would be carrying out 3D seismic surveys in their licensed acreages in a bid to locate significant pockets of natural gas.

The government expects that ENI will drill their next well in late 2017 or early 2018.

“At this time, we do not have the exact dates nor the final targets,” he said of ENI’s programme.

The minister stressed that the energy companies engaged in Cyprus’ Exclusive Economic Zone (EEZ) are some of the largest in the world, and are as just as committed as the government to pressing ahead with their plans.

“These are companies that are used to operating in regions of tension.”

Besides, he added, they are contractually bound to carry out exploratory activities in the EEZ.

The minister also informed MPs that the idea for a land-based LNG plant has not been shelved.

Not only that, the LNG facility remained a priority for the government. For this reason, he said, a zoning study has been completed for the Vasilikos area for the construction of a plant with five LNG trains, or production lines.

But for the LNG plant to be viable, more quantities of natural gas would need to be discovered.

Lakkotrypis said the land-based facility was mooted when the first indications from the Aphrodite prospect were that it held up to 7.5 trillion cubic feet (tcf) of gas. However, following appraisal drilling in 2013 that estimate was revised downward, to about half that amount.

The minister also confirmed that the government is poised to invite tenders for the supply of natural gas for electricity production.

A day earlier, Lakkotrypis informed president Nicos Anastasiades of the plans. A formal proposal would be made to the cabinet soon, he added.

The new tender is to be split up into two contracts, one for supply of Liquefied Natural Gas (LNG), the other for processing the fuel.

The selected supplier would be responsible only for delivering LNG to Cyprus; and under a separate contract, the selected bidder would re-gasify (or turn back into gaseous form) the fuel so that it can be burned to generate electricity.

Lakkotrypis said the preferred method was to use a Floating Storage & Re-gasification Unit (FSRU).

The government’s consultants are recommending the Build, Operate, Transfer (BOT) option, where initially the FSRU would belong to a private consortium, which would transfer ownership to the Cypriot state after a designated period of time.

It would take at least 18 months for the entire process to be completed, Lakkotrypis added.