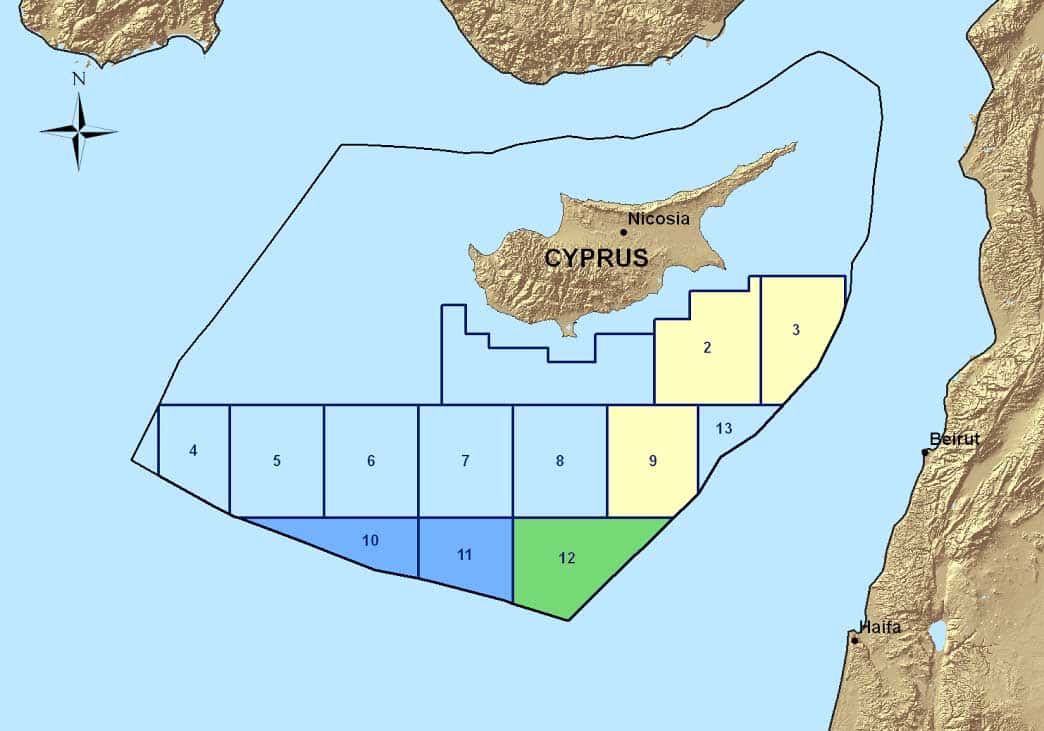 President Anastasiades gets very irate every time the UN’s man in Cyprus makes a statement about an impending crisis in the summer. The Turkish ambassador to the UN wrote to the secretary-general in April 2017 warning that Turkey would not allow foreign companies to conduct drilling on part of her continental shelf that Cyprus claims is part of her exclusive economic zone (EEZ). Naturally the UN peace broker is exercised by Turkey’s warning but Mr Eide needs to be a little careful as, unwittingly, he may be talking up a crisis instead of diffusing it.

The ambassador’s letter refers to the offshore licence granted by Cyprus on April 6, 2017 to ENI and Total for drilling to commence in Block 6 in the summer and contends that it has “no legal effect on Turkey’s ipso facto and ab initio sovereign rights over its continental shelf”.

In plain English this means that parts of Block 6 fall within the continental shelf of Turkey which forms part of the natural extension of the Turkish landmass over which Turkey has automatic sovereignty that overrides Cyprus’ EEZ.

Cyprus challenged this immediately in vigorous terms.  The licence was granted by Cyprus in the exercise of her “sovereign rights over its exclusive economic zone and continental shelf, as guaranteed by the United Nations Convention on the Law of the Sea, which was ratified by the Republic of Cyprus in 1988”, replied Cyprus’ ambassador on April 7, 2017.

Well, yes, but the question is, does Cyprus accept the outer limits of the Turkish continental shelf? Is there an internationally recognised sketch of the contours of the land below sea level? These are important questions as the geology of the sea bed, the geography of Turkey and Cyprus and the geometry of Cyprus’ EEZ have legal consequences.

I have absolutely no idea if areas claimed by Cyprus as part of her EEZ are geologically and geographically also part of Turkey’s continental shelf. It is however possible to deduce some facts analytically from evidence that is uncontroversial.

First, Blocks 4 to 6 of Cyprus’ EEZ have been delineated with geometric precision at a studied distance from the Turkish coast seemingly eschewing potential Turkish objections.

It is therefore unsurprising that Turkey has not raised a much louder hue and cry about the delineation of Cyprus’ EEZ; which is what one would expect if her continental shelf were really being violated, preferring instead to keep her powder dry during the trajectory of the Cyprus talks.

Crucially, in the Turkish ambassador’s letter the allegation against Cyprus is not that the grant of an offshore licence falls foul of Turkey’s continental shelf but that Block 6 “partially falls within the outer limits of Turkey’s continental shelf” which suggests that in so far as there may be any encroachment it is marginal and hardly justifies the ambassador’s rather muscular tone.

Moreover, it is implausible that responsible oil companies such as ENI and Total would embark on drilling anywhere in the world without first conducting due diligence to ensure that the geology of the seabed is not part of the continental shelf of a third country. One would have thought that Italy and France – the companies are Italian and French – as well as the EU would have advised them to make sure they quite literally did not stir the mud on Turkey’s continental shelf.

Assuming Turkey’s claims are geologically sound, it seems she accepts that parts of the area covered by Block 6 fall outside Turkey’s continental shelf, so the question of not allowing foreign companies to conduct hydrocarbon exploration or exploitation activities would not to arise at all in those areas.

That being the case the Turkish ambassador’s letter is imprecise and unnecessarily bellicose and the UN secretary-general should ask Turkey for more information to draw out its sting. What precise areas in Block 6 are claimed to be within the outer limits of Turkey’s continental shelf?

The two countries can argue about their legal rights over the sea bed until the cows come home, but ultimately the way forward is surely for the UN to commission independent scientific research definitively to establish the outer limits of the continental shelves of both countries.

Once such research for a way forward would be governed by the Truman doctrine which US president Truman proclaimed in 1945 and which was adopted by the International Court of Justice in the North Sea Continental Shelf Cases in 1968.

“The United States regards the natural resources of the subsoil and sea bed of the continental shelf beneath the high seas but contiguous to the coast of the US as appertaining to the US, subject to its jurisdiction and control. In cases where the continental shelf extends to the shores of another state, or is shared with an adjacent state, the boundary shall be determined by the US and the state concerned in accordance with equitable principles.”

This is not the time or place to identify what would constitute equitable principles, except to say again and again that as most other states are able to delineate the sea bed between them in accordance with such principles, so should Turkey and Cyprus.

So it is high time for the whole political class – leaders, ministers, civil servants, diplomats, politicians and the media – in both Turkey and Cyprus to grow up and stop playing war games.

Obviously, the Cyprus problem needs to be sorted first. It is childish for Turkey and Cyprus to be arguing about recognition as an excuse for not negotiating ownership of the sea bed when what they need to do is sort the Cyprus problem out and start behaving like everyone else does:  negotiate and apply equitable principles to determine the boundaries of their continental shelves and EEZs.

If there have been significant convergences on the Cyprus problem it would be stupid to waste them over differences about procedure. It should be very easy to distill those convergences into a few bullet points and attach them to a referendum question and put it to the people for approval now.

If approval is forthcoming, all outstanding issues can be reserved to the political leadership who can then negotiate and close the deal without further ado. If the people do not approve then that is the price we all have to pay for democracy.

But if the problem is solved, Cyprus and Turkey would then negotiate an equitable arrangement over matters maritime in accordance with international law and enlightened self interest and, importantly, the Turkish Cypriots will be on board and batting for Cyprus.

Private debt is the problem