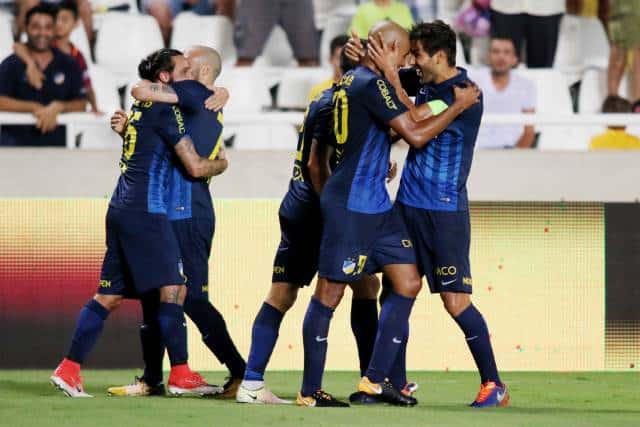 The Telecommunications Authority (Cyta) said on Monday it did not intend to squander taxpayer money following criticism at the highest level over the large amounts it was reportedly willing to pay for football TV rights.

In an announcement, Cyta said that it was negotiating with local football clubs for TV rights for the period after 2019 but that it would not act irresponsibly.

“It goes without saying that Cyta, as the main telecommunications provider of our country and as an organisation governed by public law, belongs to the state and answers to Cypriot society. Therefore, its decisions are governed by prudence and responsibility,” the utility said.

The announcement followed criticism by Finance Minister Harris Georgiades and auditor-general Odysseas Michaelides as to the money it was reportedly willing to pay to football clubs for TV rights.

Georgiades said on Monday that the money offered to football teams for TV rights defies financial  logic, and that he agreed with Michaelides who had said earlier in the day that Cyta’s board of directors would be held accountable if it is proved that public money is being squandered on football TV rights.

Michaelides’ warning came amid a row that has seen football teams bickering over the TV rights for the 2019-2022 period.

It all started after reigning champions Apoel said it had received an offer from private company Cablenet for €3m per year for three years starting in 2019.

Apoel, which is currently with Cyta on a €1.9m contract per year, has reportedly informed Cyta of the new offer, which led to reports that Cyta was seriously considering matching Cablenet’s offer to keep Apoel on board.

Michaelides said the state authority should not undertake any spending unless they could prove there was value for money.

Criteria which should be taken into consideration include the number of fans for each football team, how the teams have fared in the latest championships, viewing figures and the benefits the company has reaped from funding teams in the past.

“Throughout the negotiations, proposals and counter-proposals need to be down in writing,” Odysseas said.

Decisions by the board that indicate any squandering of public funds could be liable for criminal or civil procedures, he warned.

“I have no disagreement with anything the auditor-general outlined, that a positive economic impact must be ensured by any such decision,” Georgiades told reporters.

“Looking at the numbers that I’m seeing being discussed confirm concerns that these are moves which go beyond financial logic and this is why I repeat I agree with the auditor general that whatever decisions are made need to make financial sense.”

Cyta’s negotiations have also drawn the ire of Omonia, which is politically associated with Akel, as opposed to Apoel’s right wing fans.

Omonia had been close to signing a deal with Cyta that fell through at the last minute. It will stick to Primetel that pays €1.7m per year.

The state telecom had tried to get both Apoel and Omonia for the same amount but Apoel had reportedly said they performed much better than their competitor and deserved more money. Omonia had also apparently demanded half the amount up front.

Two Cyta unions have expressed their concern to the board as the telecom is also in the midst of negotiations with Anorthosis.