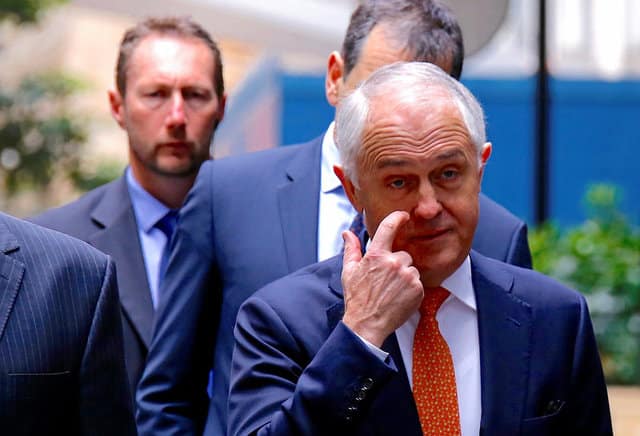 Australian Prime Minister Malcolm Turnbull urged supporters and opponents of same-sex marriage to show mutual respect as their campaigns turned increasingly vitriolic ahead of a vote on the issue next month.

Australians will vote in a non-compulsory postal ballot held over several weeks on whether to legalise same-sex marriage as Turnbull seeks to resolve an issue that has dogged his government since it took office almost two years ago.

Same-sex marriage is supported by 61 per cent of Australians, a 2016 Gallup opinion poll showed, but the issue has fractured the government and damaged Turnbull’s standing with voters, now at a six-month low.

The postal vote is Turnbull’s second attempt at a public ballot on the issue after the Australian Senate late last year rejected a compulsory vote with opponents citing the threat of a bitter campaign – a pattern that has emerged in recent days.

Earlier this week, opponents of same-sex marriage put up posters in Melbourne, Australia’s second largest city, featuring the slogan “stop the fags” and making a false claim that “92 per cent of children raised by gay parents are abused”.

However, also earlier this week, conservative former prime minister Tony Abbott said he and other opponents had been vilified as homophobic and have become the target for online abuse after urging a no vote.

Turnbull urged restraint from both sides.

“You cannot ask for respect from the ‘No’ case if you’re not prepared to give respect to the ‘No’ case,” Turnbull told 2DayFM radio.

The debate has also gained more international prominence after an image of pop star Meghan Trainor was used to urge Australians to vote against legalising same-sex marriage, prompting a blunt response by the American singer.

Presidential elections to be held on February 18