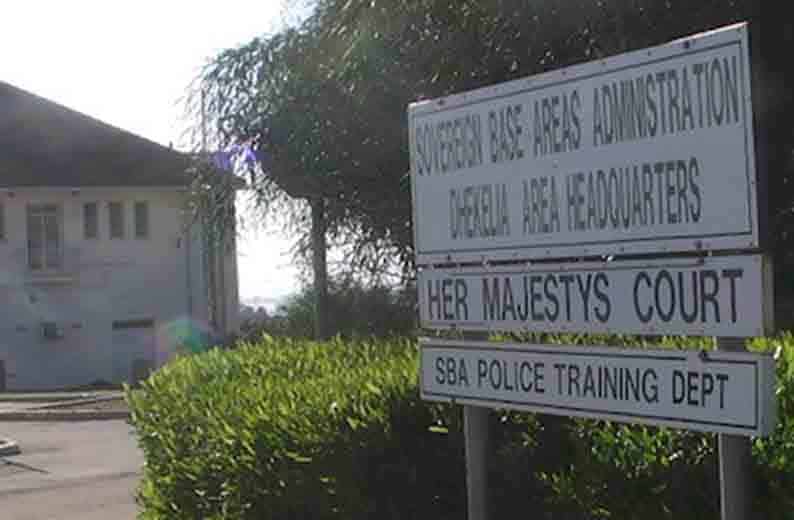 A British base in Cyprus

Despite its constant demonisation, the Treaty of Guarantee is the only efficacious bulwark against partition after the failure to reach a federal settlement of the Cyprus problem at Crans-Montana last July.

As always with international treaties a little historical context is essential to understanding their importance as treaties are historical as well as legal documents.

In 1950 the church organised a referendum in support of union with Greece (enosis) which would have involved the transfer of sovereignty and political power in Cyprus from Britain to Greece. It is not clear why the church rather than the colonial administration held the referendum, but the result was that an overwhelming majority of the Greek Cypriot population voted in favour. The Turkish Cypriots did not take part, but it is safe to assume they would not have voted to become a province of Greece.

The clamour for union with Greece was not new. It had been championed by Greek nationalist proponents of the megali idea – the grand idea of regaining the lost lands of Byzantium – on and off since the 1821 revolution in Greece. It intensified after Cyprus came under British administration in 1878 and became more vociferous after the Ottoman Empire was defeated in World War I.

In 1923 Turkey rose from the ashes of defeat as the successor state of the Ottoman Empire. After regaining her core territory from Greece, and Constantinople from the Allies, she signed the Treaty of Lausanne, ceding sovereignty over most of the eastern Aegean islands to Italy, and the island of Cyprus to Britain. Cyprus was declared a Crown Colony in 1925 and remained one until 1960.

In the meantime, anti-colonial movements began to gather momentum in India and the rest of the British empire. In Cyprus the clarion call was for enosis and violent protests broke out in 1931 when Government House in Nicosia was burnt down.

This was the first violent uprising against colonial rule in the British empire since the massacre at Amritsar in India in 1919. The British response in Cyprus was to abolish the representative council and Cyprus was governed by diktat until independence in 1960.

The 1950 referendum result fell on deaf ears in London. In 1951 the Labour Party, which had been more amenable to a retreat from empire, lost power and a couple of years later, in a silly throwaway remark, a junior government minister said that Britain would never relinquish Cyprus.

The idea that Cyprus would never be free from colonial rule precipitated the armed struggle that broke out in 1955 when Eoka launched a campaign of violent resistance against British rule with the express purpose of uniting Cyprus with Greece.

Nevertheless, it was a bit of a coincidence that Turkish Cypriot demands for partition as a bulwark against union with Greece surfaced at about the time British proposals put forward by the governor at the time, Field Marshall Harding, were rejected by the Greek Cypriots. In 1958 inter-communal troubles flared up and the two communities fell out and their relationship has never really recovered since.

In the meantime the British found a formula to extricate themselves from the Cyprus morass without prejudicing their geopolitical interests in the region. Some clever clogs at the FCO came up with the idea that Britain did not need Cyprus as a base but bases in Cyprus. Britain was therefore prepared to hand over sovereignty, not to Greece, but to an independent Cyprus.

As this was not the national aspiration of the Greek Cypriots, the new independent Cyprus was going to be required to undertake to stay independent and not unite with Greece.

Partition was never really an aspiration of the Turkish Cypriots in the way that enosis was for the Greek Cypriots. They were driven to it because of events beyond their direction and control. Most Turkish Cypriots would have been perfectly content if the British phased their withdrawal gradually over a long period, rather like they did in Hong Kong, handing over power gradually to persons and institutions well-honed in inter communal governance.

The Treaty of Guarantee could more felicitously have been termed the treaty of undertakings. Given that independence was not what the Cypriots really wanted, there had to be commitments and guarantees and it is very dishonest of politicians in 2017 to condemn guarantees with talk of being a modern European country that does not need to give undertakings guaranteeing to stay independent.

In 1960 there was a great need for assurances to be given by Cyprus to preserve her independence, integrity and security and not to promote enosis or partition; and for the guarantor powers to give similar undertakings. Events in 1963 and 1974 and even today, as partition looms, show that the treaty was prescient.

A little-known gem of a fact is that Cyprus was herself a guarantor power under the treaty. With Greece and Turkey it undertook to respect and guarantee British sovereignty and use of the two military bases that Britain retained. It is a touch ironic that Cyprus has kept her side of her treaty obligations whereas a pusillanimous British government failed to intervene with Turkey and remove the officers from the military junta in Greece who had ousted the lawful government of Cyprus in 1974.

The most controversial part of the treaty is the part that deals with what would happen in the event of a breach. It is clear from the whole tenor of the treaty that the kind of breach the treaty had in mind was that independence would be used by the Cypriots as a stepping stone for enosis or partition. Again, who could put his hand on his heart and say enosis was not a huge conundrum among Greek Cypriots between 1960 and 1974?

The guarantor powers reserved the right to take action in the event of a breach after consulting with one another but such action was defined and confined. It had to be action with the sole aim of re-establishing the state of affairs created by the treaty. Moreover, the action envisaged was constrained by the sweep up clause that required the treaty to be registered with the UN.

The legal consequences of such registration are that obligations under any registered treaty must not be in conflict with the overarching obligations binding on member states under the UN Charter.

In terms of the use of force to resolve disputes, a UN-registered treaty such as the treaty of guarantee can only authorise use of force in the exercise of the inherent right of individual or collective self defence. It follows that none of the guarantor powers had a right to intervene militarily in Cyprus except in self defence.

Turkey’s military occupation of north Cyprus so many years after her initial intervention is therefore of dubious legality. More to the point, however, any activities in furtherance of a plan B after the failure of the talks at Crans-Montana involving directly or indirectly the partition of Cyprus would be a breach of the treaty.

It is the ultimate cop-out for the Greek foreign minister to go on about zero guarantees and how Greece is no longer interested in being a guarantor power. Greece got us into this mess and she has responsibilities under the treaty to prevent not promote partition. There can therefore be no justification for Greece or Britain for that matter to renege on their treaty obligations.

They have a duty to make representations to Turkey and take measures in accordance with the treaty of guarantee. Cyprus expects both these powers to do their duty to ensure Cyprus is not partitioned.

If only we had accepted the Annan plan

Resurrecting water, wine and a way of life